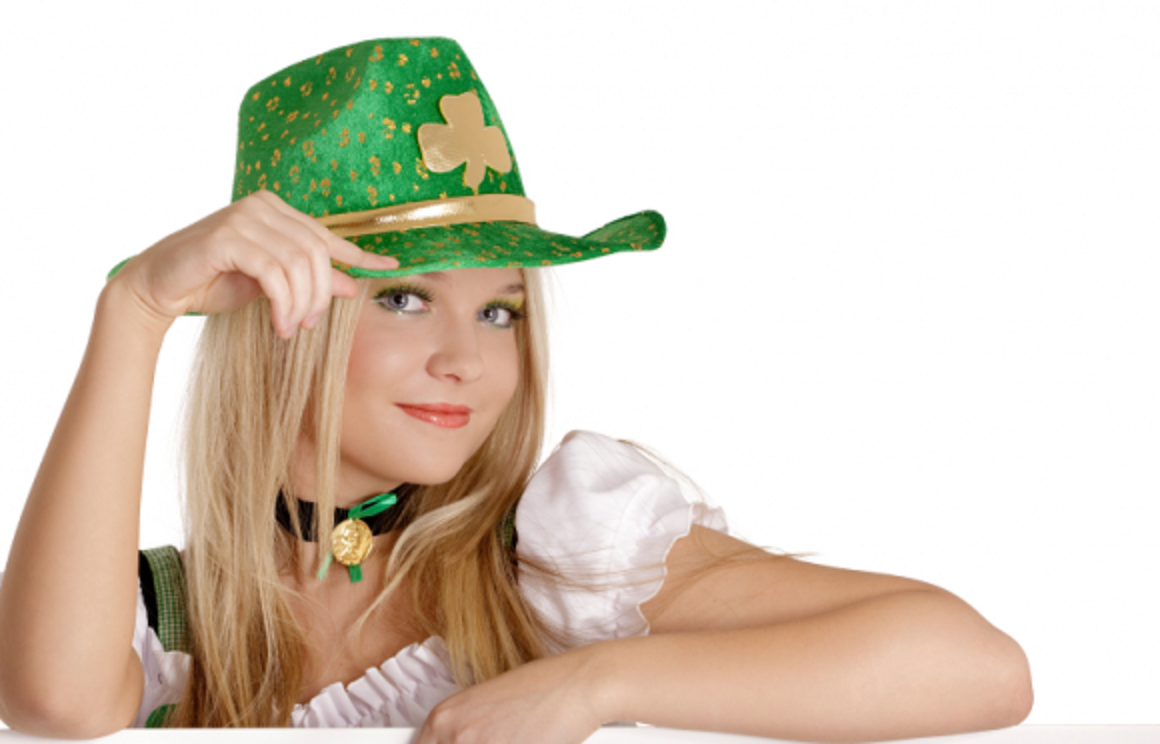 Last Saturday, the world tried to get lucky.

Whether it was by finding four-leaf clovers, wearing green clothing, or kissing the Blarney stone (no, really—it’s a thing), people across the world engaged in well-meaning and openly sanctioned superstitions, all of which have been said to increase one’s good fortune.

The pursuit of “luck” is nothing new. For years, people have been obsessed with figuring out what makes some people more fortunate than others.  Why is it that some people randomly find their soul mate in a pub, while others go on years of dates, and never succeed? And then there is the most important question – is there a way to make yourself lucky?

Psychologist Richard Wiseman set out to answer this question. Over the course of 10 years, he interviewed 400 people to determine what, exactly, made someone have luck. The answer—sorry, St. Patrick—did not have much to do with charms, the color green, or four leaf clovers.

Take a look at what Wiseman found.

Wiseman set up a simple experiment. First, he analyzed hundreds of participants to determine which ones had been “lucky” or “unlucky” in their lives up until that point.  Then, he gave both groups a newspaper. He asked them to count how many photographs were inside.

Here’s what he discovered: on average, unlucky people took 2 minutes to count all the photographs. Lucky people, however, completed the task in a few seconds.

As it turned out, on the second page of the newspaper was an enormous block of text reading, “Stop counting – there are 43 photographs in this newspaper.” The “unlucky” people had been so focused on counting photographs that they did not notice the obvious answer in front of them. “Unlucky” people also missed another block of text—this one reading, “Stop counting, tell the experimenter you have seen this and win $250.”

Lucky people, therefore, were those who opened their eyes to things they weren’t necessarily looking for. Sometimes, being focused too much on one goal can be entirely counterproductive. Weisman’s further research showed that people who were anxious or pressured were far less likely to see opportunities that were right in front of them.

In his study, Wiseman noted that, “Unlucky people often fail to follow their intuition when making a choice, whereas lucky people tend to respect hunches.”’

Essentially, your gut is never wrong. Science has actually corroborated this theory. As humans accumulate more and more information about the world, our brains begin to recognize patterns.These patterns are then stored in our long-term memory, so that in the future, we can size-up a situation quickly and effectively. Listening to our intuition means trusting that our brains subconsciously know what patterns to avoid, and which to follow.

And Winfrey, it seems, has done pretty well for herself. Born into poverty in rural Mississippi, she is now worth over $2.7 billion. Was it just luck? No—she made herself lucky by listening to her intuition.

Wiseman gave his lucky and unlucky participants a hypothetical situation. He told them to imagine they were in a bank. An armed robber storms inside, whips out a gun, and shoots them in the arm. The question was: how would they view the situation?

Unlucky people invariably said that the situation was terribly unlucky—who wants to walk into a bank and get shot? They viewed event as a perfect example of being in the wrong place, at the wrong time.

The way we view what could have happened to us tends to impact our general outlook on life. Those who see failures as opportunities are those who will, according to Wiseman, generally be the luckiest.

Apparently, there’s some truth in that idea. Wiseman found that lucky people expected good things to happen to them. Luck, then, is a self-fulfilling prophecy.

Other studies have shown that our perception of what we’re able to achieve actually has an enormous influence over our bodies. Research conducted by Yale professor Ellen Langer has proven this point time and time again. In one study, she found you can improve your vision just by believing you have good eye sight. Langer was left to conclude: “Wherever you put the mind, the body will follow.”

Crucially, this is not just a placebo effect; thinking positively can actually be responsible for physical changes in your body. Flood your mind with positive expectations, and you might just be ordering yourself to make sure they come true.

We all want to be lucky for one reason or other, whether to help us success in business, sports games—or, of course, our relationships. Of all the good things that happen to people in life, love can often be the most serendipitous. But, with the above in mind, is there a way to increase your chance of rigging the odds?

Following Wiseman’s four points, we can conclude that people who are lucky in relationships are those who do the following: open themselves up to new opportunities and chance encounters, follow their intuition, think positively about failure, and have confidence that things will work out.

So, this St. Patrick’s Day, rest assured that luck is actually in your own hands. We’ll leave you with the parting wisdom of Branch Rickey:

Luck is the residue of design.“

Hot Stuff: How Coffee Will Get You Love