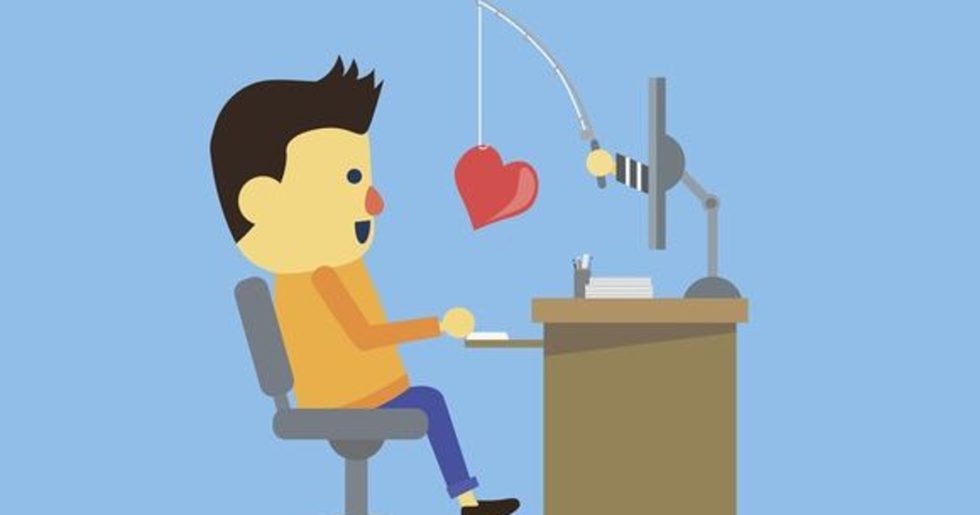 If you’re like the Loveawake staff, you don’t need tricks to pick up women because you gave up on interpersonal relationships years ago. But if you’re not like us, then maybe you do need some help talking to the fairer sex (that’s ladies; they’re fair because of cleavage). And while some guys can just walk into a room and have woman flock to them like so many hummingbirds eager to partake of his musky man-nectar, the rest of us have to resort to assorted kinds of trickery and the odd dash of desperation.

Don’t feel bad if you do this and ladies, don’t be too hard on men, it’s a tradition as old as drunken hook ups. Cavemen were probably trying to impress cave ladies with shiny clubs and spacious dinosaur skulls. Let’s take a moment, then, to celebrate these awful tricks and scams, with a look at the best of the worst. 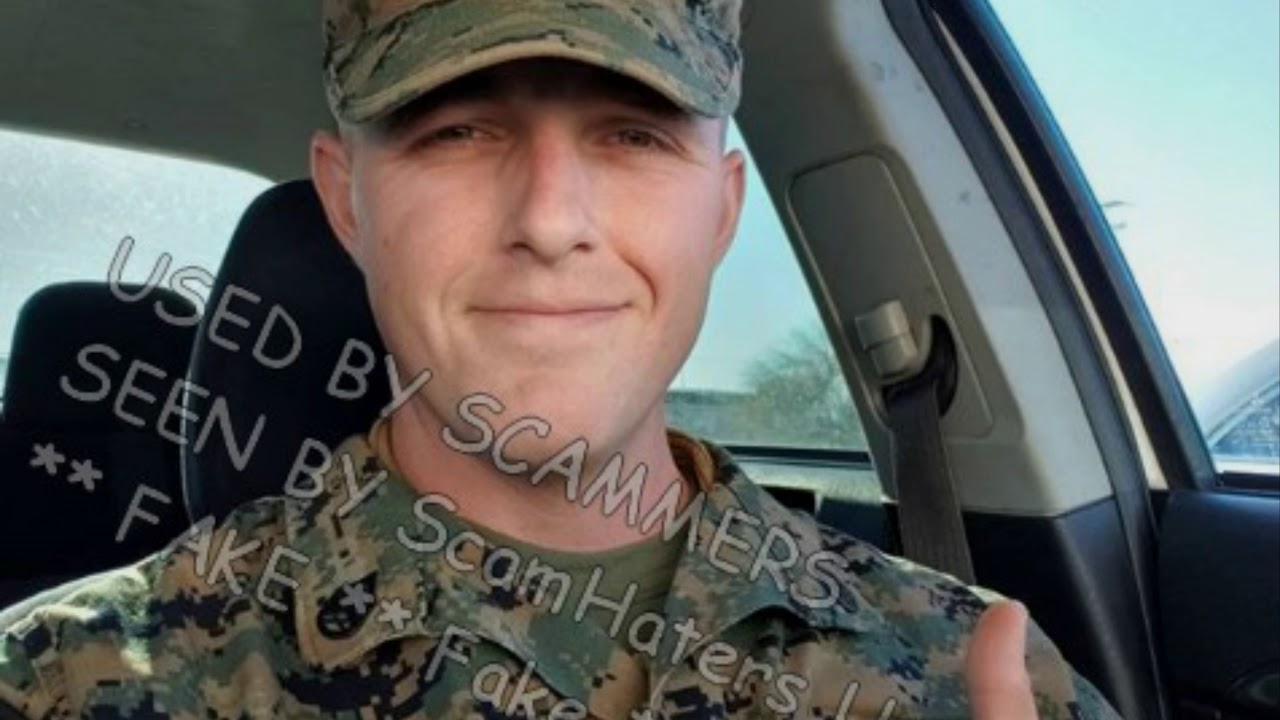 Likely the oldest and simplest of all scams is the straight up cool-guy lie. You don’t really need props or any special preparation (though it helps), all you need is an imagination and some dubious moral standing.

The gist of this particular ruse is that you’re lying to make yourself seem more interesting to a woman. Sure, you could tell her you’re a cashier at the Piggly Wiggly but everyone knows the cashiers at Kroegers are way more intense. Bets to drop it altogether and come up with a new, semi-plausible and sexy career. Like being a spy. Remember True Lies with a pre-bastard Schwarzenegger? Perennial douche Bill Paxton played a used car salesman who pretended to be a spy to try to bag Jamie Lee Curtis of all people. And rumor has it ass hats on Facebook are pretending to be soldiers to pick up women and also rob them. That’s some low stuff right there.

Probably the most popular scam of this kind is the movie scam, wherein a man pretends to be a producer or director or some such and assures his lady of interest she’d be a shoo in for a part. There’s a story out there in the ether about a guy who went so far as to rent a private office at Paramount studios where he pretended to be a producer, decorated accordingly, and put out casting calls to see how many women would sleep with him for a part in a totally fictitious movie, since he seemed like the real deal. Is it ethical? Not remotely. But it keeps happening. 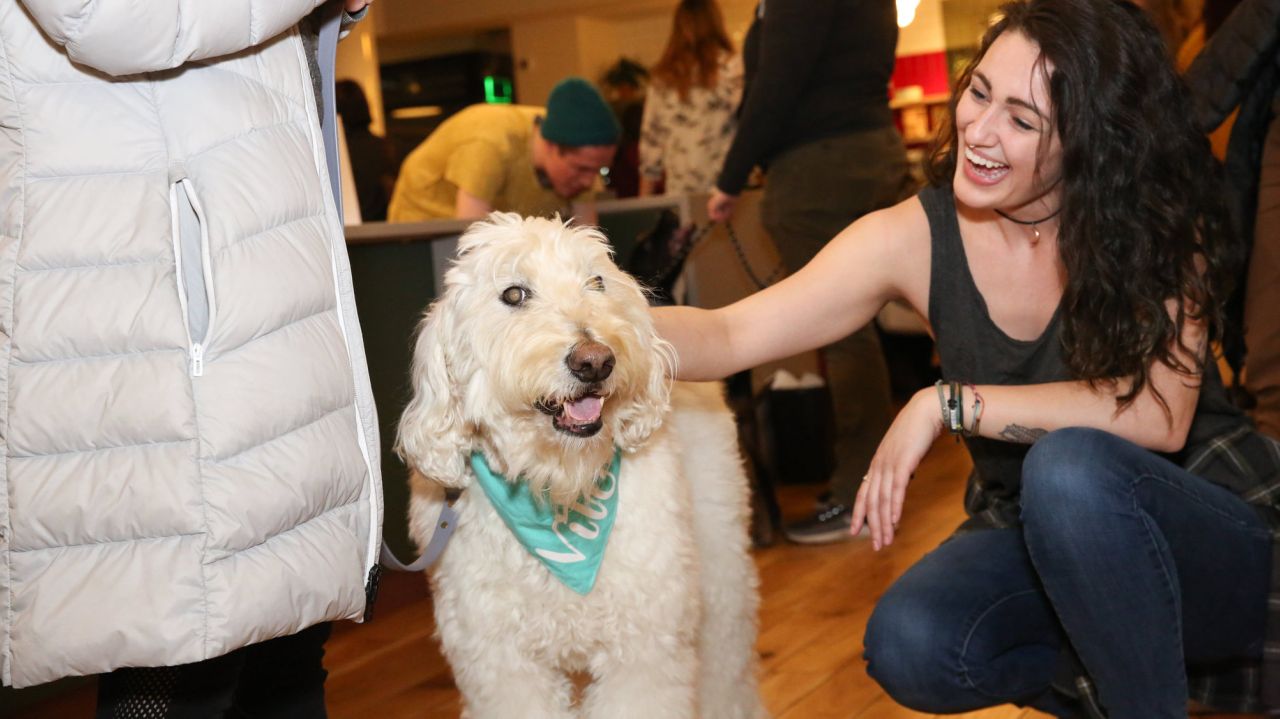 Far less obnoxious than outright lying is the man who tries to make himself more attractive by playing to the girly nature of women. And what do girly women like, aside from flowers and bows and cinnamon and such? Puppies. Chicks dig puppies.

Using a dog to pick up a woman isn’t crafty but it is timeless and so deserves some recognition. A dog plays on a woman’s desire to nuzzle small, smelly things. It clashes with your understanding of femininity, but this is science so don’t argue with it. It’s just a fact ladies like critters that taste their own bums. Someone should put that on a shirt.

Savvy gentleman have been walking dogs on beaches, across college campuses and in parks for ages, “accidentally” letting them loose towards women who are sunbathing or waxing their thighs or whatever it is ladies do in public. How should I know, I write internet comedy. 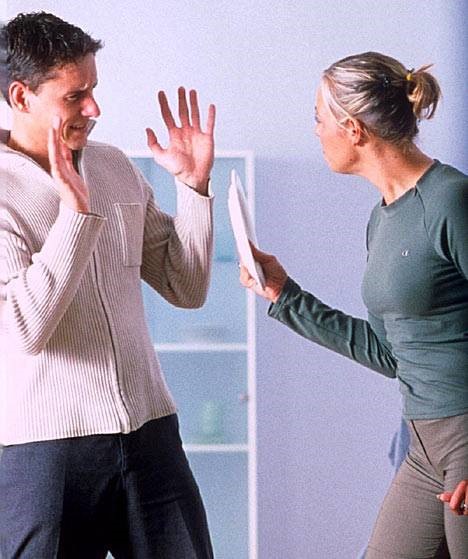 This one requires some props so be prepared if you want to give it a spin on your own. The props? One of either a cell phone or a real, live girl. I can’t explain the logic of this other than pity being a powerful, motivating force but if I understood women maybe I’d be out ballroom dancing with my lady instead of huddled over a laptop at 3 in the morning with an energy drink and a bowl full of cold eggs.

The Public Dumping works thusly; you’re out be-bopping and scatting in the club or wherever and spot a girl who tickles your fancy, or one you’d like to have tickling your fancy, and you engage by getting dumped by another girl in her presence. Doesn’t seem like a good idea? Yeah, well, whatever. If you have a live girl, you just need her to start arguing with you in front of your target, making you seem like a decent man and your fake girlfriend seeming like an incorrigible shrew. This gains you sympathy from the nearby lady folk who hear you explaining how, tomorrow morning, you need to go read to sick kids at the hospital while your devil-woman girlfriend scolds you for wasting her time when she wants to go buy new shoes. When she fake dumps you, you’re free and clear to drown your sorrows in a drink with your new lady friend who’s been looking for a sensitive guy like you. Even though in reality you’re a total cad. Cad! 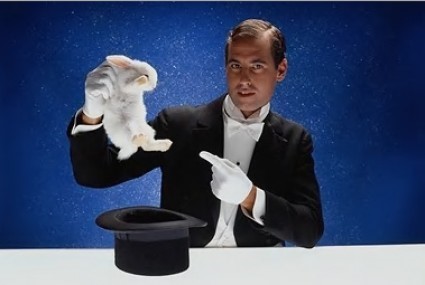 Here’s a fun one even ladies can get behind because it’s not so much terrible, evil deception as it is you being cheesy and trying to hard to use gimmicks to have sex. Which is socially acceptable.

Working on the theory that Criss Angel could sleep with more women in one night than every man in your family will sleep over the course of their whole lives, this is pretty much just what it seems – you do magic. The thing is it only works if you don’t suck. Like maybe you could try to parlay your lack of skill into something charming but it seems like an awful lot of work. What you want to do here is master some genuine magic tricks that don’t suck and use them to impress women at a bar. It’s pretty simple when you say it like that, but much harder in practice because, as it happens, magic just ain’t easy. We tried to make an intern disappear in the office once and all we did was give him dysentery. If you want to avoid dysentery, here’s an easy trick that will get her to touch you as well.

There’s a degree of science behind the use of pheromones, ask bees, they communicate with them all the time. Don’t really ask bees, they can’t answer you but they can sting you and if they are killer bees you may die and if you die following instructions in a Loveawake article you’ll never live it down. That aside, the gist of pheromones is stinking like sexy. That’s copyrighted as the name of our future fragrance line, incidentally.

Animals often release pheromones to indicate readiness for procreation. It’s an easy way to let people know you’re horny when you can’t actually speak because you’re a lemur or whatever. Scientists who weren’t particularly adept at research saw this and thought it’d work like gang busters in humans as well and, sometime around the 1970’s, they started producing aphrodisiacs based on human sex pheromones which are basically stanks that come from your stankiest places. These fragrances have been on the market for about 40 years now, all sounding very scientific and legit, despite the fact that not a single scientific study in the history of ever has supported pheromones influencing human sexual behavior. So basically the trick here is that you smell and you’re trying to convince a woman that the smell is irresistibly hot. Pro tip: it’s not. 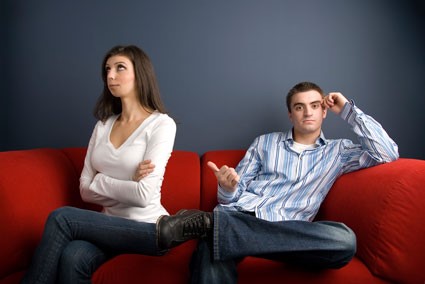 The fun thing about some of these approaches is that they don’t just scam women, they scam the men too. Like pheromone cologne that you have to pay for, odds are if you know about Neuro Linguistic Programming, you may have bought some doucher’s book that tried to explain how you can use it to mack on the honeys.

Neuro Linguistic Programming was initially hypothesized as a way to overcome phobias or just talk yourself into being a better, happier you. How did it do that? By using the right words and the right body language you can change subconscious aspects of yourself and patterns of behavior to change how you feel, understand and react to whatever it was you might be concerned with. It’s mostly a hot load and has little scientific backing but a whole heap of criticism from psychologists and other researchers who have never been able to get any results from it. But that didn’t stop pick up artists from reading about it!

The idea that, with the right words and subconscious cues, you could change someone’s thoughts is appealing, especially to a lonely dude who needs to buy books on how to meet women. So the idea is that by adjusting your posture, how you stand, how you face a woman, the specific words you choose to say, you will suddenly make her want you when otherwise she’d think you were a hideous, hunchbacked CHUD. Not too shabby. Except for that part about it never really working.