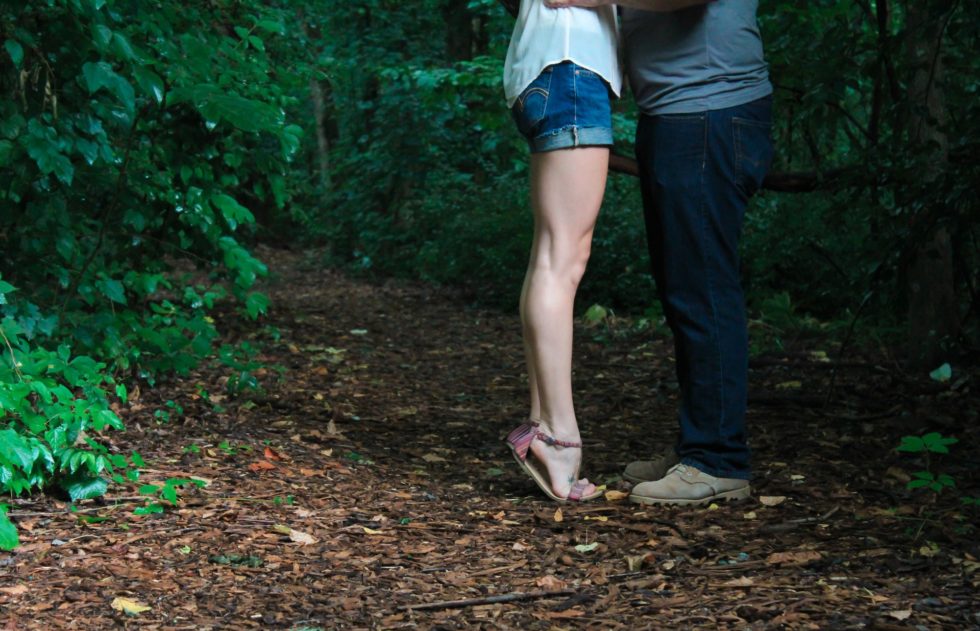 Let’s set the stage…you’re excited. You waited to kiss her until the 3rd date since you really really like her and wanted to build a little anticipation. After a great night of flirting, little touches, laughter and lingering glances into a very interested second party’s pretty blue eyes, you quite simply can not WAIT to get to the evening’s finale. The big moment comes at the front door when she tilts her face up to yours and you just know she wants to kiss you as much as you want to kiss her. You lean in for the kiss and… find yourself ravaged by a tonsil hockey veteran and excess slobber all over the lower half of your face.

I don’t think I’m the only one to say… EWWWWWWWWW! What to do with a bad kisser?

What do you do when you get hit with a kisser who never learned finesse or whose idea of a “good kiss” is drastically different than yours? (I mean, I’m sure there are people thinking slobber is sexy. Its also possible that they own Hootch-like slobber hounds who have developed their tolerance for excess goo, but that’s only a theory…) If your date was marginal at best, that bad kiss is likely to end the relationship. But what happens when you REALLY really like this person? Do you take a hit for the team and stay in the game, or walk away to play another day?

I’m a bad kisser survivor and managed to turn it around. I had tact. I had knowledge. And I had plenty of motivation. So, I offered to give him lessons one night. Yes, he was that bad. One very interesting evening later and we had noticeable progress. Our relationship didn’t last very long, partly because of compatibility and partly because he was dating someone else without telling either of us. But I did manage to teach him how to kiss and his other girlfriend thanked me for it after we both caught him in his lies and kicked him to the curb. She and I are still friends. A story for another day. But I wouldn’t advise many to take the path I did because if I’d paid more attention to how he kissed, I may have intuited a lot more about how he treated women. Instead, I taught him how to mask those red flags and become a more wily womanizer. *sigh* You live and learn.

But I digress from the bad kisser dilemma… What to do?

As far as I can tell, there are 4 death kiss situations:

This kisser just doesn’t know how to tickle your toes. They are either too much or too little on the scale of what revs your motor. Verdict: SALVAGEABLE. If you communicate, you may be able to get around this particular problem if interested enough in the potential relationship. I’d say to go gentle and ease into any conversation around it. Show and Tell is perfect. Start with positives about what you really like and then give an example. Many times, the longer a couple is together, the more their likes and dislikes begin to mesh. So a little patience goes a long way here.

Too much slobber, tight little bird pecks, tonsil hockey and the like. Verdict: PROCEED WITH CAUTION. Like my example, you can teach but I’d recommend really looking at what you think is so bad. Is he really selfish? Is she kind of cold? Doesn’t respond at all to your body language? Don’t ignore these kinds of signs. Some people are just clueless and don’t know what they’re doing. That’s workable. But if you think the kiss is bad for other reasons… think again before continuing. Kisses can be very revealing about character.

Verdict: USUALLY AN EASY FIX… two words “Tooth” and “Brush.” Try for a second “first kiss” in fresher conditions. However, if you have (or are) a halitosis Hal… sometimes a doctor or diet change can help, but if not… it may end up being a deal breaker for the finicky.

It can really really suck (no pun intended) to absolutely love being around someone who you can talk to for hours without pause, go in for a kiss and feel like you’re kissing your sibling. I don’t know what to say about this one. Some people tell me that they developed chemistry over time. I never have. That doesn’t mean its not possible, just that if its not there for that kiss… it tends to never show up (for me.) Have you ever kissed someone, felt nothing or even was turned off and managed to turn it into something romantic anyway?

I don’t know what to think about the couples who decide to not kiss until the wedding day. I mean, talk about potential for disaster adding all that pressure to something that is usually sweet, simple and private between two people. Part of me admires the self-discipline and part of me just thinks they are nutso-bonko (to borrow a phrase from one of my favorite people) to take that kind of gamble. I know that they’re building on something important by developing the emotional, intellectual, spiritual and psychological first… but completely missing the physical? Hummmm…

Quite literally, it can really suck to date a bad kisser but it would be much worse to be married to one.