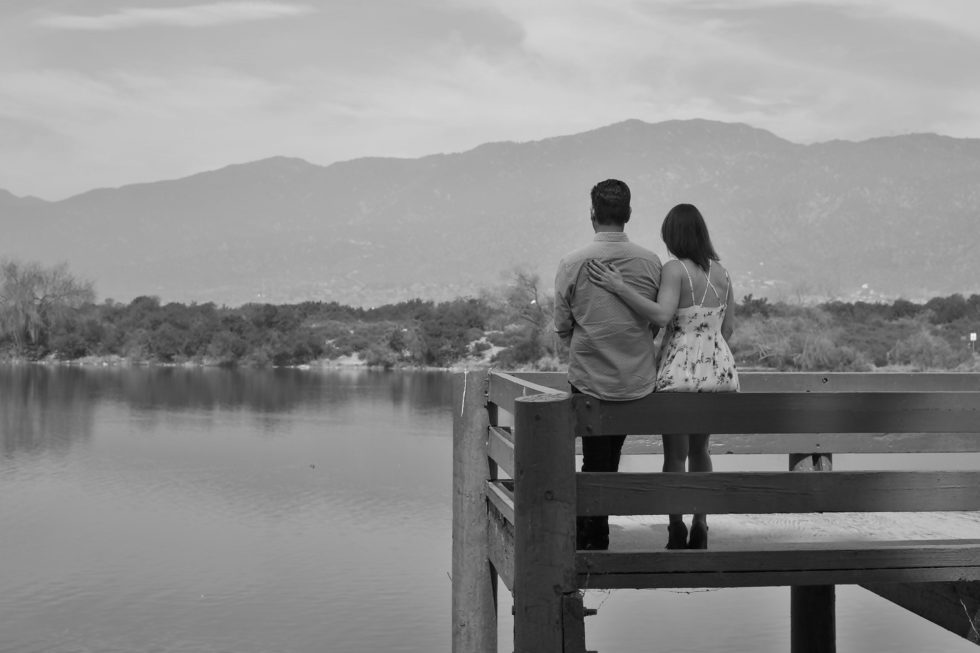 Since the beginning of time, there have been certain “laws” that women are expected to abide by within a friendship. You know what I’m talking about. Things like, “You shall not borrow clothes from your friend’s closet without asking,” or “One must always call a friend with a fake emergency to get them out of an awkward date.” These are the kind of unspoken rules that develop inseparable bonds, and give you a partner in crime to go throughout life with.

However, just like any other set of laws, these tend to alter in order to suit changing expectations. There is one law in particular that seems to have been thrown out the window a long time ago. What am I referring to? The extremely ignored, “Never attempt to get your hands on the ex of your best friend.”

I will be the first to admit, I have broken this rule. Having grown up in an extremely small community, it was fairly normal to date a guy that your friend may have discarded a year or two before. So, I wasn’t exactly surprised when one of my best friends texted me a couple of weeks ago with a pretty important question. She wanted my consent to date a guy that I had previously dated. And I don’t mean dated in the sense that we went out to dinner a few times, I mean we were in a serious relationship for nearly four years.

As strange as this may sound to some of you, I was not bothered in the least when she asked me that. Due to circumstances that will remain unspoken, I was actually happy about it. I told her that I care for both of them, and if they make each other happy, then I wouldn’t dream of standing in their way. I swear to everyone reading this…it wasn’t a lie.

After that conversation ended, I sat and reflected for a while. This was certainly not the first time in history that two friends have had that conversation. But, I’m pretty confident that it’s one of very few that ended on good terms. My mind kept wondering to how I would have responded if I had been extremely upset about it. Before I knew it, I was smiling at the scenarios of how NOT to react when you’re best friend asks permission to date your ex. Here are a few actions that us ladies should probably avoid in this event.

What Not to Do

Laughing in their face.

Can’t you just see the scene unfolding now? Your bestie will be trying her hardest to be sincere and honest with you, and you will repay her by showering her with whatever beverage comes flying out of your nose when you snort with laughter. After she composes herself, she will most likely ask you what exactly it is that you find humorous. The words will be out of your mouth before you can catch them. “Oh, I was just thinking about how ugly your kids are going to be.”

Some of us deal with our issues by running away from them, but pulling a Forrest Gump is probably not a good idea in this situation. After you run (or walk, depending on your level of physical fitness) away from her, you are still going to have to deal with the situation when you run out of breath. Running is just pointless, especially if your friend is a track star and she catches you 20 feet down the sidewalk.

Telling her you are okay with it, and then running home to rant to the world of Facebook makes you look like a giant hypocrite. Your mutual friends have already seen their changed relationship statuses. When you sit down to the keyboard and bang out a “I hope certain people enjoy their miserable lives,” status, your crazy side is put on display with it.

I know exactly what the first thought that popped into your heads was. If the condition of the relationship triangle was bad enough, you would consider providing her with a good slap to the face. I’m asking you now though, when has that ever ended well? All that will result from that is a bit of hair pulling. Violence is never the answer, my friends. Try this instead; blankly stare at her for a few seconds. When she asks what’s wrong, tell her that you were just “imagining” punching her.

Lying about how you actually feel.

This is crucial. If you are hesitant about giving her your blessing, be honest with her. Tell her how you’re feeling…whether it’s a sense of betrayal or you just don’t think he’s a good fit for her. On the flip side, if you’re okay with them dating, don’t tell her you’re not just because you want to feel like you’re in control of everything. If this girl is a true friend, she will listen to any truthful answer that you give her.

There you have it, ladies. Just because these responses seem natural doesn’t mean they’re a good idea. Fight the want to make yourself the victim. The fact that your friend is coming to you before making her move should say something about the friendship. If she was being a sneak about the situation, then maybe you can consider some of the above options.

When She Says, “Let’s Just Be Friends”

5 Reasons Your Next Relationship Will Fail

How To Be What Women Want