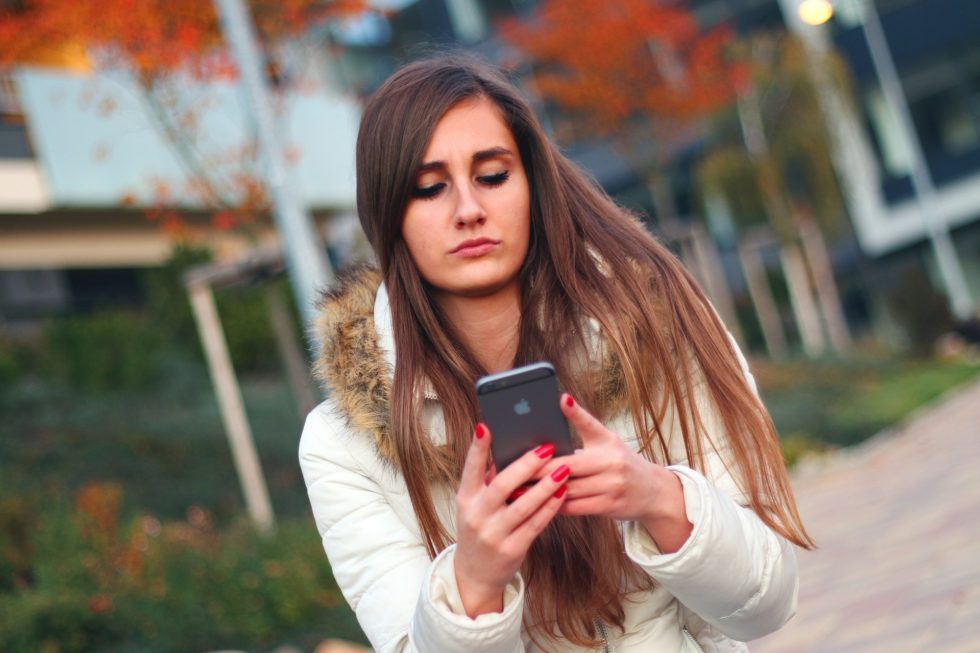 Can a teenage girl who sends a sexy picture of herself to her boyfriend face prosecution for child pornography? Incredibly, the answer is yes.

“Sexting” is a new phenomenon that describes the process by which people send nude, semi-nude, or otherwise risqué pictures or videos of themselves or others via cell phone. The person receiving the picture or video can easily download it onto the Internet, where millions of people can view it.

If the person in the picture is under 18 years old, then taking, sending, or possessing the photo is in violation of child pornography laws. As it stands today, if a person under the age of 18 takes a nude photo of herself and distributes it to others, she is in violation of these laws.

The penalties for these crimes are stiff: you can get life in prison, and even if you are paroled, you have to register as a sex offender. Such registration means your name and picture will be on the Internet and other media, making it hard for you to get a job. Many sex offenders have had to move multiple times because their neighbors harass them.

Most authorities are calling for some semblance of common sense in the matter of sexting. Child pornography laws obviously were not intended for teenagers.

“They’re young kids,” Florida detective Neil Spector said in an article edition of The Treasure Coast Palm. “The best thing we have been doing is talking to the parents. Just like the Internet, parents are oblivious to this activity because it is so new.”

The Prevalence of the Problem

Partly because they are just “young kids” and lack mature judgment, sexting is becoming a more common practice among teens.

A survey of 1,280 young people that was conducted this year by the National Campaign to Prevent Teenage and Unplanned Pregnancy and CosmoGirl magazine found that one in five teenagers has “sexted,” as well as one in three young adults, ages 10 to 26 years old. Girls sexted as often as boys, and the most common reason was to be “fun and flirtatious.”

Even though many teenagers believe sexting is harmless, authorities in certain counties are indeed prosecuting them as child pornographers. These officials take the matter seriously, pointing to cases like that of Jessica Logan, a 16-year-old Ohio girl. Jessica sent a nude picture of herself to her boyfriend, who then transmitted all over their high school. She subsequently hanged herself.

Right now several teenagers are facing legal charges for sexting, including one 14-year-old New Jersey girls who published 30 nude pictures of herself on the social networking site.
According to an article, edition of the Akron Beacon Journal, the Center for Missing and Exploited Children saw these photos and contacted their New Jersey Task Force, which in turn contacted the Passiac County Sheriff. The girl now faces 17 years in prison if convicted.

Other cases include the following:

•    One Florida teen who engaged in “sexting” has to register as a sex offender until he is 43 years old.
•    A New York boy who broadcast sexy pictures from a party to over 300 classmates is also facing charges.
•    Similar cases are scheduled to be adjudicated in Pennsylvania and Vermont.
•    The one case every prosecutor is watching involves two Florida teenagers who took pictures of themselves having sexual contact and kept them on a computer. This case went all the way to the Florida Court of Appeals, which ruled that the pictures could become child pornography.

What all this means is that teens can get into serious trouble for sexting, although many unanswered questions remain, such as the following:

•    Is it fair to confiscate cell phones from students in classrooms, and then comb through them for evidence?
•    Why are jurisdictions applying laws to minor children that were meant to protect them, not imprison them?
•    Are these children protected under Freedom of Speech laws?

The best advice for parents is to talk to their children about what can happen if they engage in sexting. Some “talking points” might be the ones recommended by the National Campaign to Prevent Teenaged and Unplanned Pregnancy:

Some surveys found that girls felt pressure from their boyfriends to participate in sexting, even when they did not want to. The pressure also worked the other way: many boys receive sexy pictures as a way for girls to get dates from them.

Talk to your child about using judgment in these matters, especially since the laws are unclear, and the potential consequences could be life-changing.

Ways to Co-Parent After Divorce

Dating Violence is a Serious Threat to Teen Girls

Oh The Joys of Being a Father!