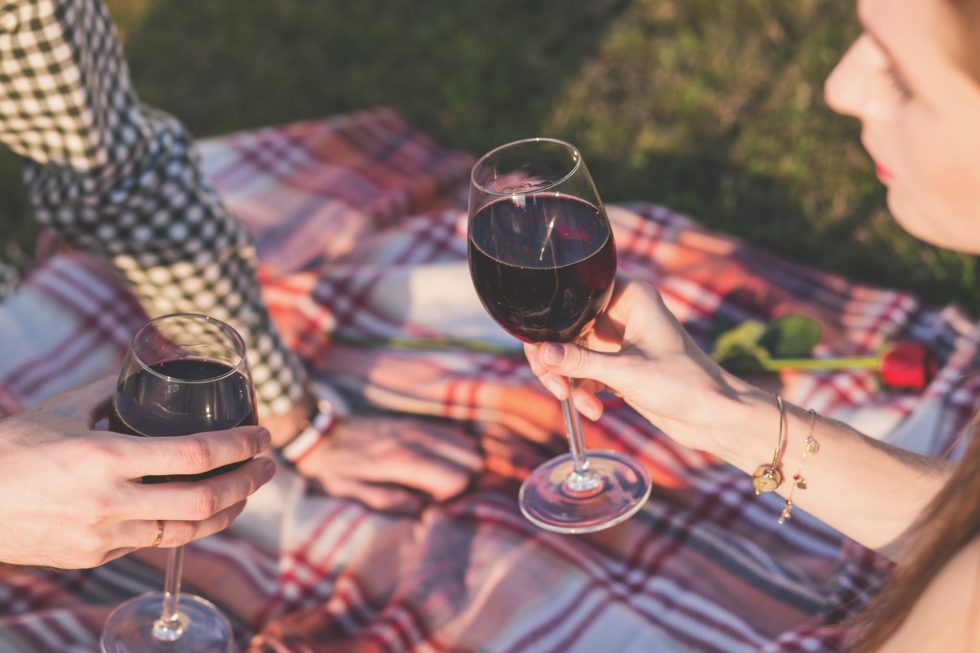 My wine knowledge was a hard-earned gift that came out of a not-so-good relationship.

He was horrible. Hated my friends. Hated my parents. Hated my guitar. Hated everything I loved, in one way or another. I didn’t realize I was in a relationship with a manipulative psycho until I thought it too late to get out of it. But get out of it I did, eventually, thankfully.
People sometimes ask me: “How did you stay in that torturous situation for so long?”
Upon years of soul-searching reflection, my answer is: “I was drunk.”
When Whiney — I’ll call him Whiney because he complained about everything, always — started working at the wine shop, it was instantaneous obsession. Wine became his life, and (by proximity) mine, too.
My interest in wine up until then was pretty much: that dark red liquid that’s been on the table since I can remember tables. I used to drink it mixed with sparkling water, ginger ale or 7-Up as a child (Italians, eh?). My grandpas would make it in the backyard or the garage, usually using grapes bought from California. The smell of wine fermenting in barrels reminds me of simpler times and childhood innocence.
When I got a little older, I learned to appreciate wine for its “good with dinner” properties and sleepy happy effects, but I’d have been hard pressed to tell you the difference between Old World and New World varieties of the juice.
Whiney soon decided to scrap finishing his business degree in order to get his Master of Wine, which is apparently a step above a Sommelier because it has Master in the title and is from England (I made that up).
Whiney needed to learn a lot, so set was he on becoming a major player in the wine industry. Every night, he’d come home and while I’d prepare dinner, I’d listen to him talk about grape varietals, wine regions, viticulture, harvest, yields, pruning vines, and, “This fruit-driven wine I tried today with a full bouquet containing eloquent notes of ginger and lotus.” Wine was all Whiney talked about. He didn’t get too far into the program before becoming completely insufferable, but at least we weren’t fighting.
I listened and didn’t dare change the subject, ever, because the second I’d bring up something pertinent to our relationship, like the fact that he was getting us into a huge amount of debt by buying expensive wines daily, he would freak out and I’d have to deal with a raging lunatic for the rest of the night. I learned to put up and shut up, or more truthfully, put up and drink up.
I feel stupid admitting this now, but I survived that relationship because sampling various wines was part of the “becoming a wine master” deal, and — every night — a new cork would be released from its glass house, and that sweet grape nectar would start flowing.
By my second glass, I didn’t really care that I was in an unhealthy relationship with a terrible human being, because I was feeling that warm fuzzies that come with drinking too much red wine.
I wasn’t drunk enough to forget what Whiney talked about, however, so I ended up reluctantly learning about wine. Far from a “Master,” I know pretty basic wine snob information. Enough to pretend I know more than I do, really.
Enough time has passed now that I am proud of my wine knowledge and think of it as a hard-earned gift that came out of a not-so-good relationship.
Here’s a bit of what I know:

Wines are as complex and varied as the humans who drink them, which is why certain wines will please some palates, and totally offend others. If you’re not picky and can be happy with anything, congratulations on being a more evolved human than me. If I could drink any wine, I’d pick bottles based only on their pretty labels and names.
My good friend Dana’s favorite wine is called “Cupcake Red Velvet,” which sounds more like dessert than vino. I haven’t tried it, but that name and the label are adorable, and these things matter.
I can’t stomach thick Merlots or Cabernets, and they give me an insta-wine-headache that I would like to avoid at all costs. I’d rather drink water.
My suggestion to anyone wanting to learn more about wine is to start basic. Go to wine stores and ask questions, and maybe even participate in tastings, blind or otherwise. Apart from the basic red vs. white, you’ll learn the markers of different types of wine and wine regions, and what suits your fancy. Personally, I enjoy lighter reds, like Pinot, Primitivo, Cote du Rhône, Lambrusco and Beaujolais.

I rarely spend more than $20 on wine.
Next time someone tries to brag about the $575 they spent on a Barolo from Tuscany, let them know that Barolo is a Nebbiolo wine from Barolo not Tuscany, and while it’s lovely, robust and meaty, Barolo’s are for big ol’ meals, and are a lot to stomach for the everyday. Or maybe that’s just me and my overly sensitive stomach.
One of my favorite everyday dinner wines is a $10 bottle from Portugal with a little rooster on the label.
If your local wine merchants are worth their salt, they’ll be able to tell you the best bets to suit both your tastes and budget.

3. Champagne Is Not A Type Of Wine

It is a region in France. You can’t have Champagne from Spain because sparkling white wine there is called Cava. In Italy, it’s called Prosecco. In France, when it’s not from the Champagne region, effervescent whites are called “Mousseux” or “Crémant.”

My friends sometimes laugh at my Old World snobbery, but I am an old (world) soul, dammit. Old World means places that have been making wine for as long as grapes have existed: Italy, France, Spain, Portugal, etcetera. Most winemakers from these areas benefit from the long history of viticulture in their region. Many of the Old World countries only grow certain grapes in certain areas, because they’ve learned what works best with their terroir.
(Terroir is a fancy word to describe the geography and topography of a region. Terroir, and location, is why a Merlot from Napa Valley will taste completely different from a Bordeaux Merlot.)
Old World vineyards use traditional growing, irrigating and harvesting practices. I think of it as a more organic process, mostly because I had a French naturopath once tell me to only drink wines from Italy and France. He said those countries generally don’t add flavor enhancers like berries, syrups and woodchips to their wine to alter the taste, nor do they use certain pesticides or growing agents that some of the New World counties rely on.
New World wines are all from non-EU countries basically. [Editor’s Note: This was edited to reflect that the previous description of New World wines as being “from countries Columbus discovered” was inaccurate and potentially offensive.]
Being that they’re all just brand new baby countries, they don’t always follow the same wine-making rules as their Old World colleagues, although some New World winemakers definitely do. Also, New World vintners have had to modify winemaking practices from Europe to suit their own terroir.
Still, there are some great wines coming out of the New World, especially from smaller vineyards in the more established wine-growing areas, and they’re improving all the time.

While I’m not a fan of them in general, labels can give the wine buyer peace of mind when shopping for Old World wines. Basically, picky European regulators decide if vintners are adequately following traditional winemaking practices. If they are, they get to put a nice label on their bottles to let everyone know.
In France, this is called French Appellation d’origine controlee and the label over the cork or on the neck of the bottle will read AOC. In Italy, the Italian Denominazione di origine controllata governs the wine world and their labels read DOC or DOCG. In Spain, it’s the Spanish Denominación de Origen, and the label will say DO. Finally, in Portugal, it’s called the Portuguese Denominação de Origem Controlada, and the label says DOC.

6. Try the House Wine, Depending On Where You Are

While the house red at your local Toronto watering hole might actually be watered down vodka and prune juice, rest assured that if you’re traveling in Europe, or dining at a reputable restaurant, you don’t have to drop huge dollars to have a delicious wine experience. Many house wines are very pleasant and selected to go well with a range of food. Ask your waiter or waitress what the house wines are, and if she or he says, “Um, red and white?” maybe opt for something else.
Also, be wary of overly touristy areas and restaurants, wherever you are.

I learned this expression while living in Rome. It means, “Water makes you sick, wine makes you sing,” because in ancient Roman times, that was true.

Yep.
For a wine to work out, the right concoction of weather conditions, soil, sunshine, rain, wind and love are required. Grapes need to be handled with care, harvested at the right time, fermented correctly and stored for the perfect period. Even when all goes smoothly and the barrels are sealed with tender loving care, this doesn’t ensure fabulous bottles of wine. There’s bound to be at least a couple in a batch that fall prey to corking (when the cork isn’t inserted properly and decides turn good wine bad).
Wine, and what goes into making it, is sort of like a relationship. Even when everything looks good on paper and “should” turn out well, things can go terribly wrong and you can end up with a mouth full of vinegar at the end.
Ok. That is pretty much all I know. What about you?
Written by Carla Ciccone