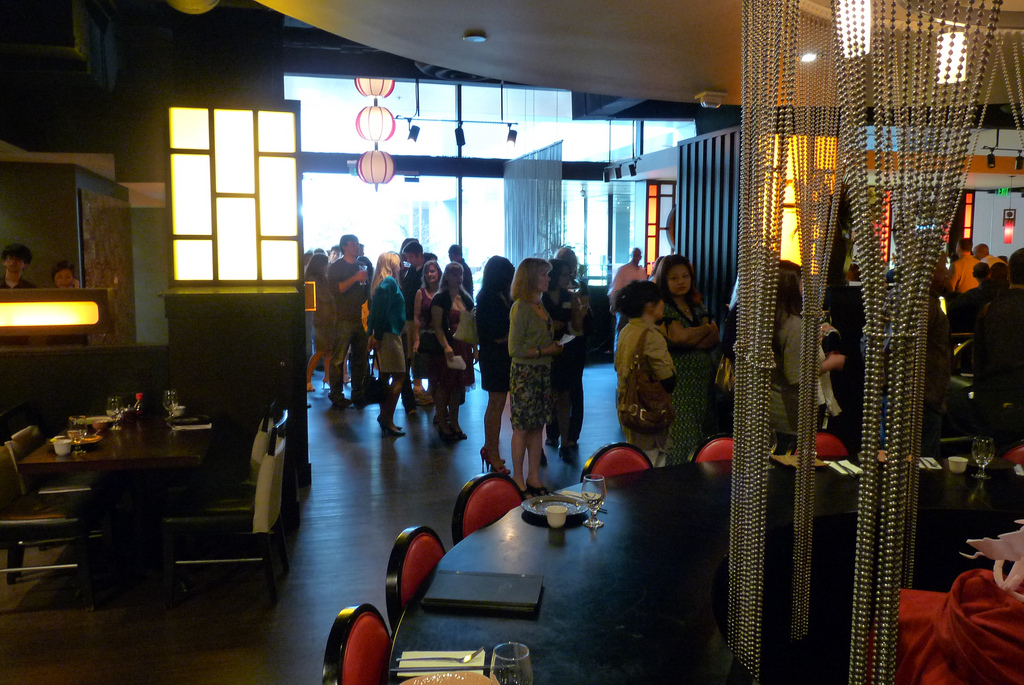 As I scanned my Facebook inbox, a new message from one from of my girlfriends quickly caught my eye.

Hey, Emily! I was wondering if you would be up for speed dating in the city with me?

Scenes from “The 40-Year-Old Virgin” and “Hitch” came to mind, and I imagined a bunch of awkward mini-dates, with me seated across a table from a bunch of characters with weird names and even weirder personalities. I quickly responded: Sure, I’m down.

Walking into the pub, my friends and I whispered like a couple of high-school girls, unsure what to expect from the dating marathon. As we stepped into the room, it was everything I imagined — loads of single, anxious twenty- and thirty-somethings anxious to get their date on. After grabbing my name tag and numbered notebook (to take notes), I rushed over to the bar to grab a drink to loosen up a little. 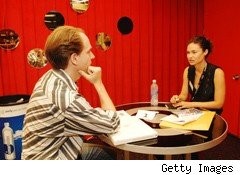 While I waited for my cocktail, I was able to fit in some excellent people-watching. There were the shy guys by the bar staring into their beer glasses, and the girls applying a new coats of lip gloss while talking to the girlfriends who dragged them here. I finally zeroed in on a sharply dressed guy who looked too cool to speed date. “Maybe he’s the other host,” I thought.

At the sound of an actual gong, everyone went to their seats while the host set a few ground rules. We would meet 20 people for four minutes each, with the men playing musical chairs while the women sat comfortably with their drinks.

Once it started, it felt like a blur. After each guy sat down, we’d quickly exchange names (writing them down on our sheets) followed by your typical “How are you? What do you do for a living? Where are you from?” banter. Unfortunately, when things start to get interesting, the gong goes off and goodbye, speed date.

After meeting a super-nervous Brooklyn firefighter who looked at the table more than at me, the guy I thought was a host sat down. I froze for a millisecond when, looking even cuter up close, he asked me how I was. Four minutes flew by as we tried to get in all the information we could. When the gong went off, I regrettably had to say goodbye to the guy I’d come to know was a late-20s, very hot French snowboarder.

The guys that followed were a mix of grad students, IT geeks and finance types. And as interesting as a few of them were, I was still (understandably) stuck on the French snowboarder.

The Cocktail Works Its Magic

During the 15-minute intermission, I headed to the bar for another drink and found the snowboarder there ordering a beer. I decided to push my shyness aside and say hi. As we chatted easily about traveling and winter sports, I was suddenly surprised at how well it was going. (Thank you, Flirtini!) But with more dates to go, I guessed I had to be open to other options.

The second half of speed dating called to mind selecting “shuffle” on an iPod — an Italian who’d just moved here not a day before; a Miami banker and self-described “serial” speed dater; a bodybuilding software engineer; and a total know-it-all (who came off like a total ass). As the end of the night neared, my voice grew tired and I sounded more like a robot than a human being. I was pretty relieved when it was finally over.

After the event, we logged on to the site and checked off the guys we liked. The guys do the same, and the site automatically sends you one another’s contact info if there’s a match.

But in the case of the French snowboarder, he and I switched info before the event even ended.

Although I was apprehensive, I have to say that it was an interesting experience. It really is hard to click in four to six minutes, but it definitely exposed me to people who I would probably never approach otherwise. I’m not sure if I met the man of my dreams, but I did meet a lot of nice guys.

Speed dating definitely forces you to meet new people, so I’d say it was worth the $30 (plus drinks). And if you’re super-shy like one of my friends, it definitely got her practicing and getting her game on.

And as for that snowboarding Frenchman, I guess we’ll just have to wait and see if he calls.

Written By Emily Tan. Emily is a writer and photographer based in New Jersey.