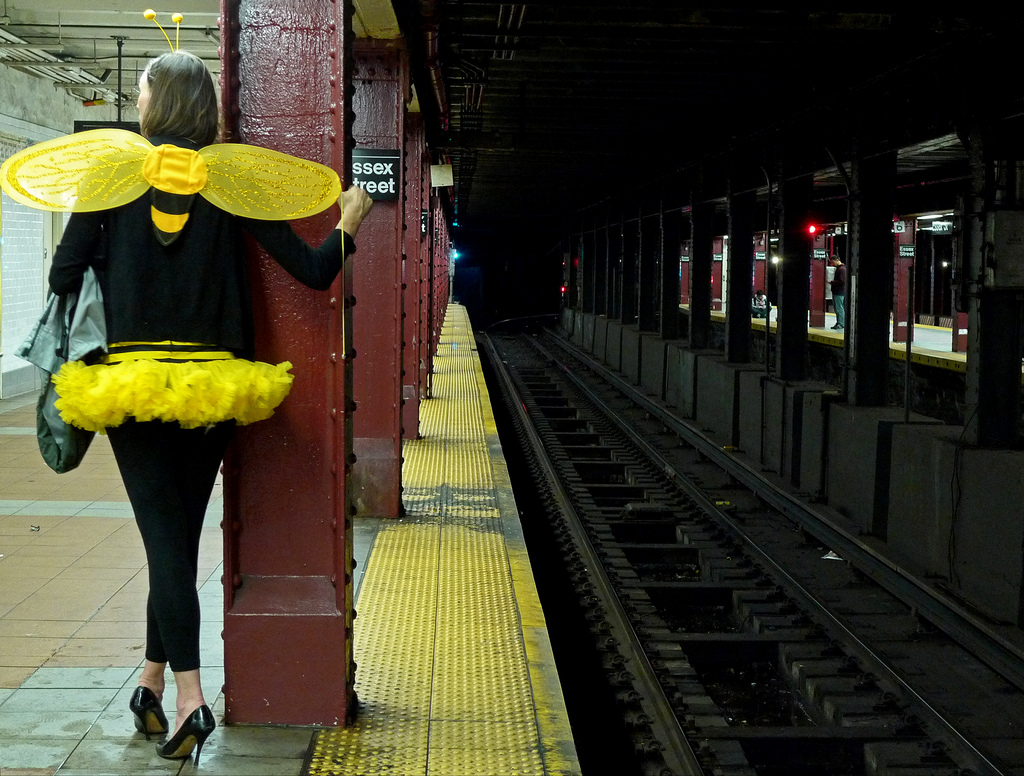 We’re nearing the end of October, and you know what that means…time to start planning an elaborate outfit you’ll spend far too much on and wear for only one night.  But, whether you’re going out alone or going with your significant other, here are a few things to consider.

Premade Couples Costumes Are Probably Not a Good Idea

Having spent four years or so, every Halloween, snarking the terrible ideas the Halloween costume industry turns out (Cash Lady and ATM Man?  Really?), I feel like I have enough experience to say that pre-made couples costumes come in two styles: Tacky and Ugly.

It’s generally based around some sort of “ha ha genitals” theme.  For example, I once saw a “lock and key” costume.  Guess which gender was which.  Also guess where the key was located.

If it’s not that, it’s just embarrassing.  Do you really want pictures of you and your boyfriend as Thing #1 and Thing #2 (hint: even if you do, he doesn’t)?

I’m not bagging on couples costumes: done right, they’re great.  Just…don’t use them out of the package.

This is something rife with what the Internet likes to call “Unfortunate Implications.”  If you want to get a sense of how sexualized we as a species can make anything, just go to your average costume shop and ask to see a women’s anything.  Seriously.  Pick something.  Anything.  It’ll probably be the sexy version.

As a personal aside, this has gotten more than a little out of hand.  There’s a miniskirted Big Bird outfit, for Pete’s sake.  Who wants to go to a Halloween party as Sexy Big Bird?

The problem with this isn’t getting a little sexy on Halloween, it’s just that a lot of these costumes straddle the fine line between sexy and any number of other reactions, like silly or gross.  I still remember the Halloween party where I had to ask a woman for her number instead of going home with her that night because she was dressed as a “sexy Girl Scout”.  Although the Sexy Girl Scout would make a great couples costume with Chester the Molester.

The point is, if you want to go sexy, go sexy.  Just look carefully at the costumes available and ask yourself “How might this be misinterpreted?”

It’s OK To Not Have an Elaborate Costume

This is the most important one.  I’ve found, over time, that my costumes have become less and less “costumes” and more and more “clothes I’ve found at the thrift store”.  And that’s OK.  Not all of us have the energy or time to make a full King Tut outfit.

The important thing isn’t how elaborate your costume is, but the fun you have.  So, if you’re starting to stress about your costume, just keep that in mind.