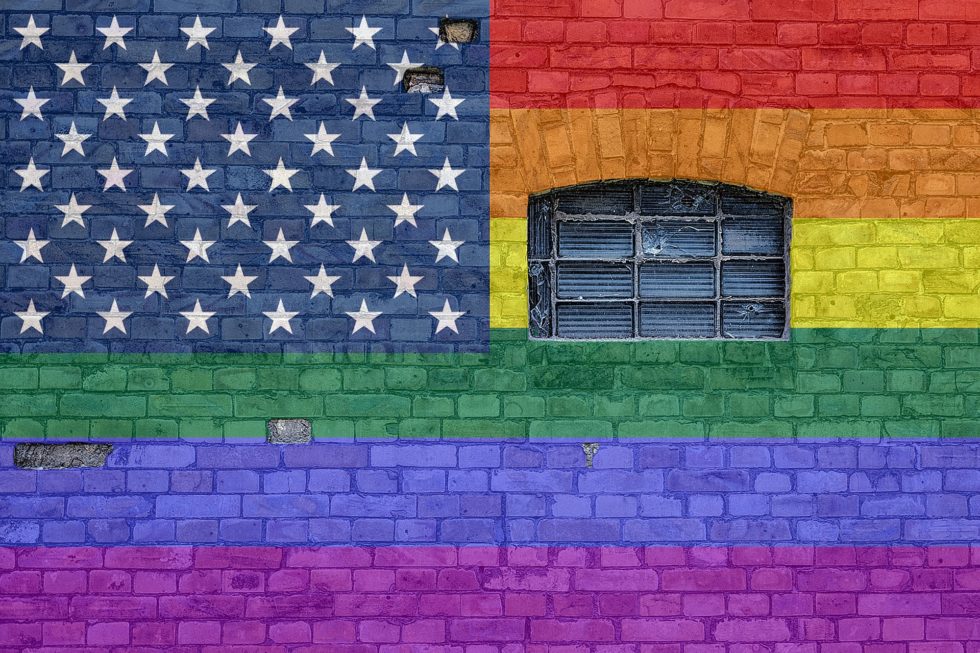 I didn’t react well when my FTM partner told me he needed top surgery. I’m not proud of it, but I was terrified.

In my mind, surgery is something scary that should be avoided at all costs. I hate doctors, I hate needles. I hate the lack of control and the strange darkness of being put under, and I hate waking up confused and in pain. My partner had never had surgery before, and I was convinced he just didn’t grasp the seriousness of what he was getting himself into. I didn’t want him to be cut open and exposed, I didn’t want him to hurt, and I didn’t want him to make a terrible irreversible mistake.

And then of course there were my more secret, guarded fears. The person I loved dearly was about to make a huge change, a change that would undoubtedly affect our sex life and relationship in one way or another.

Before I met my partner, I dated women, and way before that (high school) I dated men. I knew women were by far my preference, and I identified as a lesbian for a long time. As I became more interested in those who fell outside of female on the gender scale, I switched to queer, but I was still primarily interested sexually in female bodies.

But when I fell for Emmett, I fell for his soul, and the fact that he happened to identify as male didn’t bother me. I chose to ignore the seriousness of him being trans, thinking we’d just live happily ever after in our respective identities without any surgery or hormone therapy. It was naive and insensitive, and it certainly wasn’t right, but it was the only thing that made sense to me at the time. Don’t worry about something until it happens right? Wrong.

By failing to respect his trans identity and educate myself, I had left myself wide open to full fledged panic when he did start to show an interest in big changes.

My worries and fears stretched everywhere from me not being attracted to him after the surgery to him hating my breasts and ending up leaving me for a similarly flat chested man. I wanted him to be happy, but I didn’t want him to change, us to change.

I suggested flattening workouts, binders and special undershirts, anything I could think of to keep him away from the knife. The more I pushed, the more he pulled. He needed the surgery, and I was the one thing standing in his way. I managed to delay him an entire year, and by the time I figured out surgery was unavoidable, a revelation that resulted from Emmett having a massive, terrifying breakdown over still having breasts, he hated me for it. By fearing change and hurt, I had just about killed our relationship.

With all the muster I could manage, I changed. I started to read and learn, to respect his choices and needs. I talked to other people who had been with their partners through their transition, and learned that fear is a totally normal part of the process, though not that many queer people discuss that part of it. I finally started to understand that for Emmett, this wasn’t a cosmetic surgery, it was life or death. Not only for him, but for our relationship.

Emmett scheduled his surgery a few days after I told him he had my support. The surgeon was creepy and the plastic surgery office was a grotesque place in the suburbs, but it was the only option in our area. The bill came to over $6,000, and as Emmett signed the paperwork, I knew he didn’t have the money. Health care where we live only covers the surgery for very few people, and there’s a 3-5 year (sometimes longer) waiting list to have it paid for if the system even approves you. All of the savings he had set aside for his surgery had been slowly drained over the past year, the year that I had put between him and his surgery. It was clear what I needed to do.

Emmett’s birthday was coming up in a few weeks, and the surgery would be almost exactly a month later. It would be impossible for him to save enough money in time, and a massive debt is not what one needs when they have to take two weeks off of work to recover from surgery.

So I reached out to a few of Emmett’s friends, hoping to put together a small amount of money to help him, along with notes and cards showing support. The small conversation turned into a Facebook group, and the Facebook numbers grew with more veracity than I ever could’ve expected. People messaged me and sent money from all over the world. By the time Emmett’s birthday rolled around, we had raised over 3,000 dollars, more than half of the surgery bill. I knew it couldn’t make up for all the support I had failed to give, but it helped.

Emmett went in for surgery, debt-free, a month later. I drove him to the clinic, held his hand right up to the moment that he went into the operating room, kissed each breast goodbye,and waited for five grueling hours of emotional mayhem in the stuffy floral waiting room. I read an entire book, took deep breaths, and gave the nurses and receptionists insanely rude glares and sharp “NO”’s when they tried to get me to “go to the mall or something” while I waited. I wanted to be right there when he woke up. I wanted to be there for him.

The surgery was complete after five hours, but nearly seven hours had gone by when the nurse finally told me I could see Emmett. I don’t think I’ve ever jumped up from a chair so fast. But all the YouTube videos and articles I had skimmed hadn’t prepared me for this part of the journey.

Emmett was under heavy blankets in a small armchair with bags of blood hanging beside him. He looked small and shrunken, and couldn’t stop uncontrollably shaking. I tried to take his hand, but he didn’t have enough strength to grip my fingers. I wanted to hold him, but I was told it would hurt him too much. I held my composure until the grumpy businesslike nurse left the room, and then I sat down and sobbed.

That was the lowest point, seeing him that way. The image of him so helpless and hurt will stay with me forever. It was heart wrenching and jarring and just all around upsetting, but we got through it. I wheeled him outside in a wheelchair, slid him into the passenger seat of my car and took him home. The next couple days made us closer than ever: I made him meals, emptied his blood drains, and helped him in and out of bed. I secretly thanked myself for staying, for winning back his trust and showing him my support. I couldn’t imagine him healing alone.

Time passed, and the drains came out. Emmett got stronger, and as he slowly was able to move his arms again, the incisions around his nipples started to heal. He was lucky to have a small chest pre-op, so he qualified perfectly for keyhole surgery, a liposuction method that leaves minimal scarring and heals quickly.

Two months after surgery, Emmett was going swimming in just shorts at our local rec center for the first time, and when summer hit he splurged on a handful of tank tops, no longer feeling the need to hide his body. The flat, caved in look of his chest filled in over time, and he smiled much more often. he was finally proud of his body, and in the end I was proud of him for making such a big decision.

In total honesty, I do miss breasts sometimes. When you fall in love with someone, you love every bit of them, and when one of those bits (especially a more sexually charged one) is no longer there, it does feel like a loss in one way. That being said, I’d take the loss of a body part over the loss of my partner’s happiness any day, and that realization has made us rock solid strong.

As scared as I was, as much as we both cried over it, and as different as his body now feels to me, I know I made the best decision of my life when I gave him my support. This short statement he posted on Facebook right before his surgery tells me so:

Thank you so much for contributing to the surprise surgery fund.

It really took me by surprise because I didn’t think people cared.. especially after “disappearing” for a year. In the last year, I haven’t handled transitioning well and fell into a depressive state (well, I’m still trying to get out of it).

As of last night, the surprise surgery fund has allowed me to reach my full goal I’ll be continuing my quest by working during these 4 remaining weeks to save up.. I plan on donating the extra funds to another transgender individual who’s wishing to go through top surgery (I haven’t figured this out, but I’ll let everyone know when I do).

After last night, I realized that my happiness and passion revolves around people, and I hope to have such great, creative, talented and loving friends back in my life.. if you’ll take me

THAT being said, I have a hard time taking without giving so I’m hoping to give back in the future when I’m back to being me.. re-incarnated in a better and happier body. In the meantime, thank you so so so much for offering your contributions and support.

And lastly, thank you Alyssa G. for organizing everything.. and most importantly, for staying with me throughout these very bumpy roads. Despite my struggles, you have always seen the potential in me.. Despite the negativity, you have always known who I really was… even though you have never met me during my happier days.. I don’t think I could have done it without you. I love you.