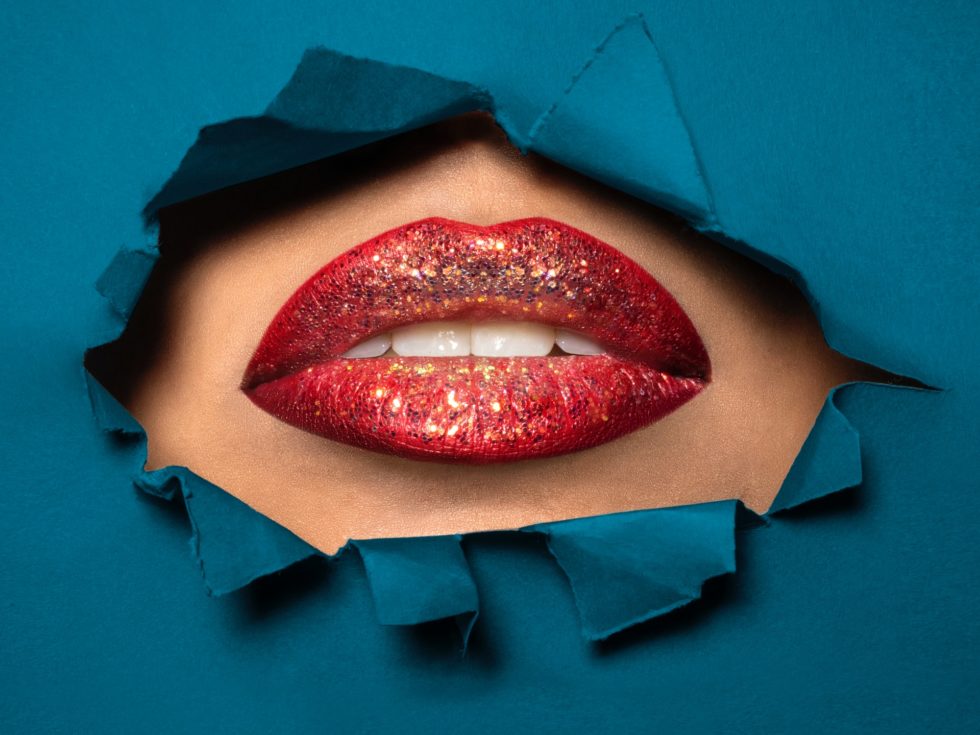 We are all fascinated by what we shouldn’t see. That’s why we stare at car crashes, watch reality shows and love to gossip. It’s real, it’s the stuff of life and it’s none of our business. That makes it all the more fun.

When a man see the forbidden fruit, what he’s not suppose to see, it takes him back to his lusty beginnings. It’s lascivious and provocative and real.

Imagine two women at a party. Both are equally attractive and of similar body types with curves where it counts.

Both are wearing the party-goers favorite: The Little Black Dress.

Woman #1 is single. Her dress is tight and clingy. It is very short and the front is very low. Her cleavage is well displayed as half her breasts are exposed. It’s obvious she is quite comfortable flaunting what she’s got as she doesn’t appear embarrassed or self-conscious in the least.

Woman #2 arrived with a date. Her dress is form-fitting and stops a few inches above the knee. It is slit up the side to a sexy but appropriate height. The neckline embellishes her breasts in a low scoop, but covers them save for a hint of cleavage.

Woman #1 saunters around the party, bending, leaning, flipping her hair and flirting openly. Every man clearly enjoys the show and she has plainly invited them to. They check her out openly, get a healthy eye-ful and love every second of it. She knows it and everyone is happy.

Woman #2 walks with self-assurance. She carries herself sensually like a cat. She mingles, entices, and smiles coyly. Occasionally, she leans forward to retrieve an appetizer from the table and the men around her instinctively seize the moment and steal a glance down the front of her dress. Her eyes catch theirs for the briefest of moments and she feels her face flush. The men note her embarrassment, which adds to their excitement, and dart their eyes away. They want to see more.

Later as she sits with her legs crossed Woman #2 doesn’t realize that the slit in her dress has fallen open and is revealing the tiniest peek of lace at the top of her stockings. Her dress has inched up, even as she absentmindedly smoothed it thinking herself covered. The small patch of lace is all that is needed to finish the image in the minds of the viewers of a garter belt and matching lace panties. She looks their way, and they dart their eyes away again in this game of thievery. When she crosses her legs the other way, they are rewarded with a thin line of bare skin as her dress rides up a little more. Wow.

Which woman do you think is more fun to look at? Oh, there are some men who may say Woman #1 but most will be bewitched by Woman #2 because of the law of the forbidden.

Woman #1 is single and available. She wants to be looked at. They are supposed to look at her. Her body is on display openly. The men DO look and enjoy what they see. But they don’t feel like they are getting away with anything. They aren’t seeing anything that isn’t suppose to be seen. And they can’t really take her seriously.

Woman #1 should have demanded the attention all night. Men could gawk all they wanted without hiding or sneaking. It was easy. Maybe a little too easy.

Woman #2 whether she had meant to or not stole the night because of the law of forbidden. It is always more fascinating to see what you are not suppose to see.

This is where the saying Less is More comes from. It is sexier to be modestly covered except that one leg, arm, shoulder or back that gets displayed daringly, all be it coyly, than to show everything front and center. That one body part sneakily displayed becomes a magnet and a focus. The peek of your body makes men wonder what the rest looks like. They want to see more and they watch for more.

The subtle movements in which you ‘accidentally’ offer a better view can entice and bewitch him more than if you wore a tube top and Daisy Dukes. I’m not saying he won’t enjoy the view of having it all thrown out there, but it’s always much more fun, and thrilling and feels a little sneaky to see what he’s not supposed to.

5 Ways You Can Be a Better Partner

How Do I Spice Up My Relationship?

Attract Him with the Five Senses – Hearing

Attract Him With the Five Senses – Sight