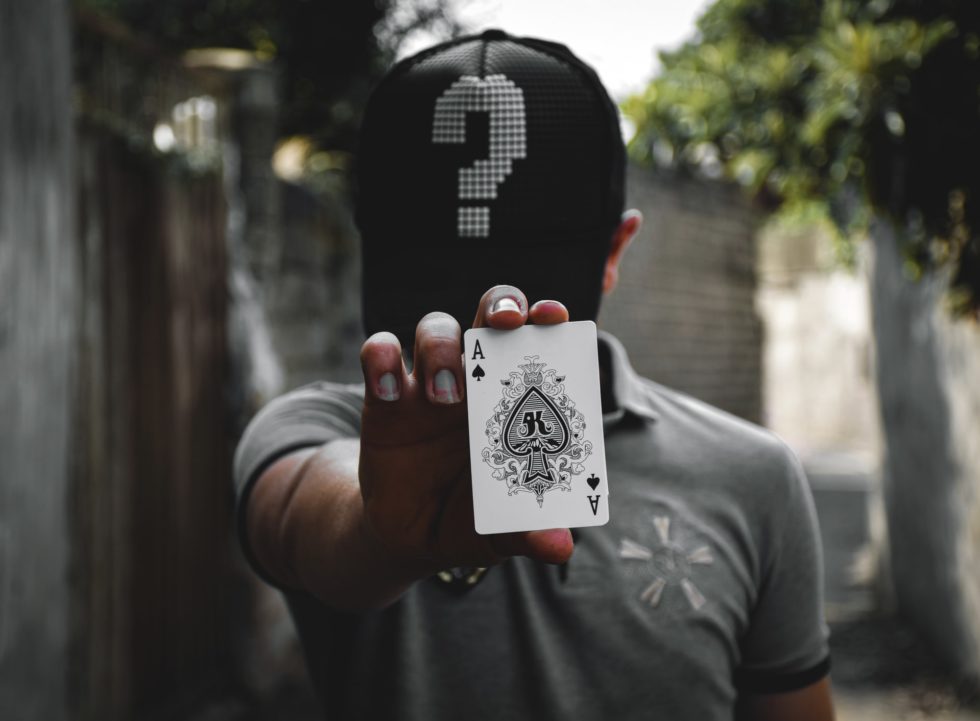 How Can Poker Help You Escape The PUA Traps?

Once guys realize, understand, and accept that pickup as it’s commonly taught is not designed to get high-quality girls to stick around for any appreciable amount of time, we can begin to unpack PU’s flaws and foibles and start designing something better.

By ‘something better’ I mean a paradigm with presuppositions, protocols, and practices, that consistently allow guys to find, meet, get, and keep high-value women of exceptional beauty and accomplishment.

Happily date thousands while building the skills needed to find, get and keep a Total 10 who is completely into you.

(By the way, if a guy is totally happy doing all the stuff PU teaches in order to get an extra-average girl to bop him a few times before she moves on, then more power to him.

I accept that some guys truly are enamored with the whole ‘PUA Lifestyle’ and that’s all good. We travel different paths and I wish them well.)

So let’s look at some of the key ‘problems’ with PU. If I were asked to name the number one messed-up frame, belief, attitude, mindset, whatever you want to call it, that pickup teaches it would be this: Unless you can get THAT girl, you’re a total loser.

Underlying virtually everything written/produced in the pickup community over the past 15 years is that one nasty little belief.

Don’t believe me, check it out for yourself. It might be hidden, it might be masked, it might even be denied, but sitting at the center of the web is a great big ugly spider that has the words ‘Unless I can get THAT girl I will absolutely die!’ tattooed on its underbelly.

And it’s thinking like that that makes PU as its currently taught akin to playing a game of chess.

You’ve got to make the right moves, countermoves, gambits, sacrifices, attacks, because if you make even one tiny mistake, the game is over and you’ll have lost.

This puts so much pressure on guys…

…Along with attaching WAY too much power to some random stranger whose only readily obvious skill was picking the right parents, clothing manufacturer, hair style, or makeup artist.

That’s giving up way too much power for any self-respecting man.

If we’re gonna stay inside a ‘Game’ metaphor, why not pick poker instead of chess?

Because I’ll tell you right here and now – Once guys start applying poker thinking to this Game Everything changes – and it’s all for the better.

“In poker, a good player knows he’s gonna muck many more hands than he’s gonna play, because he understands that to continue playing them would most probably cost him more money than he stands to gain ” says Jennifer Adams, a co-founder of Pirateplaycasino.com. “He learns that the goal isn’t to win any particular hand, but to make good decisions regarding which hands stand the best chance of him winning the most amount of money, and to identify as quickly as possible which hands look to lose him money and to bail on them pronto.”

When it comes to girls, this ‘Poker Mind’ kind of thinking translates into training guys to stop thinking about getting THAT particular girl (read persuading, manipulating, cajoling, lying to her to get her to like him), and instead learning how to recognize a good girl that’s really into him from the jump and capitalizing on that advantage.

Think of it this way: When a guy chases a girl that’s giving him lots of lip, bad attitude, her eyes wandering around to scope out all the stuff that’s going on in the club, he’s basically holding 7, 10 offsuit and watching the board come up A-K-9 (all offsuit) and everyone is betting big.

Yeah, he MIGHT win if he sticks around and catches some good cards on the turn and the river, but even if he does, he’s actually reinforcing bad habits that will cost him much more money in the long run than he’ll probably win on this particular hand.

A bad bet all around.

Now, a hot girl with a good attitude and who’s into us is like getting dealt American Airlines and seeing A-K-9 (again, all offsuit) on the flop with the blind firing hard and every other hand calling.

This is looking really good.

Just keep a level head, don’t do anything rash, and things could work out.

But always keep on the lookout – what happens if the other two Kings pop up and the button keeps on raising while holding a rep as the guy who never bluffs.

Same with women – nothing is etched in stone and you have to be ready to bail at a moments notice when the expectations go negative.

I’m gonna be returning to ‘Poker Mind’ as a metaphor for Dating Women in future blogs – it’s a rich vein that lots of guys can benefit from, mostly because with it we can dispel a whole lot of trash and tripe that’s become the PU Community.

Get ready for the next hand.