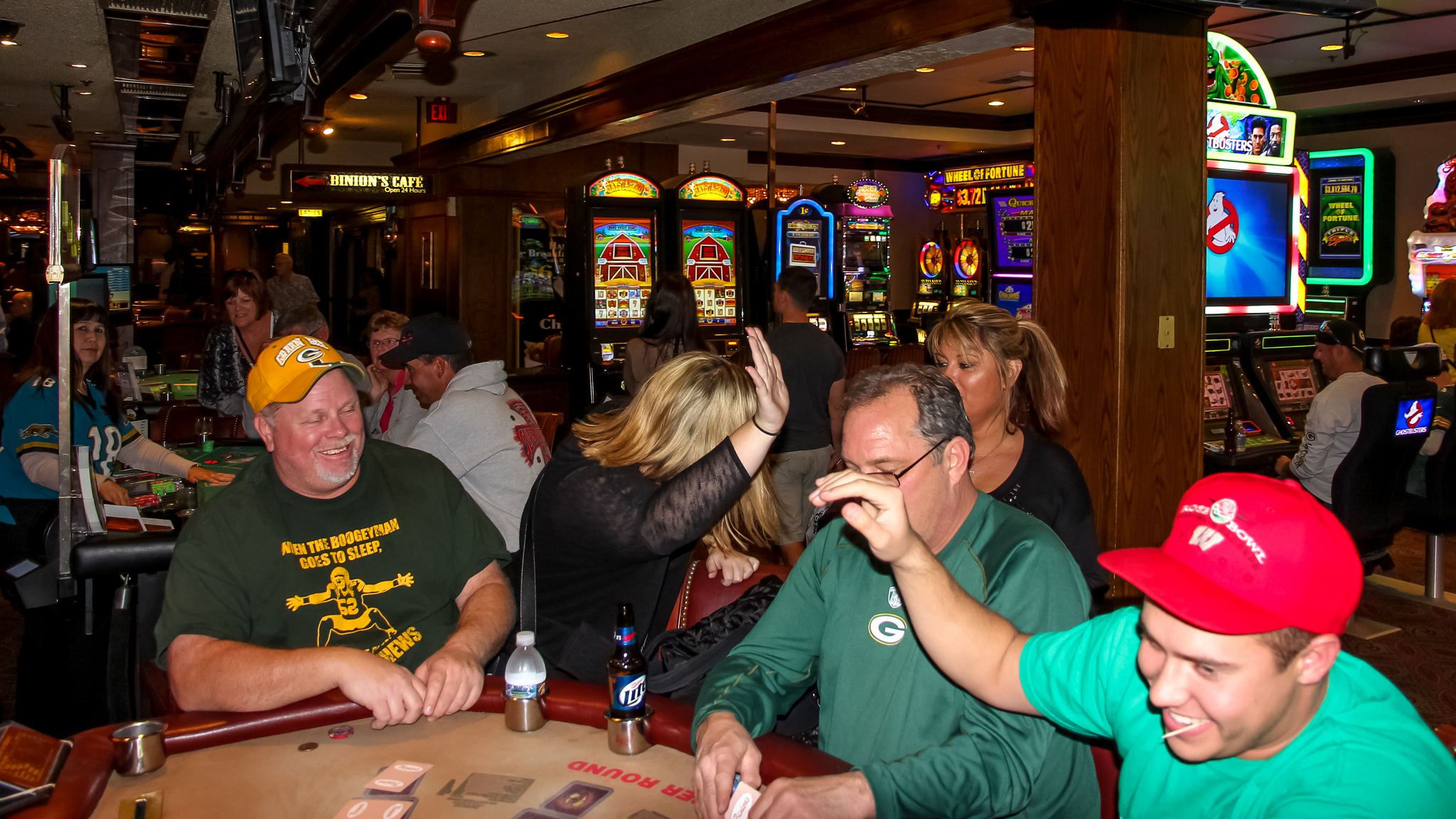 Las Vegas isn’t called Sin City for nothing. It is a town built on debauchery. In every inch around every corner, temptation lurks. It is a city designed to fulfill fantasies and preys on free men looking to have unadulterated fun. There is no denying it. So I understand why women get insecure about sending their man there for the weekend but that doesn’t mean you shouldn’t, in fact, you must! And here’s why:

Guys need time in the treehouse.

Unlike women who can keep up with each other via regular phone, email, Facebook or coffee chats, guys need irregular but concentrated bursts of face time – raw male bonding… just like they did when they were kids in their clubhouses. Time to tell stories, bitch about their girlfriends, let it all hang out (literally), do the noogie thing (seriously) – just be guys.

Time apart is evidence of a secure relationship.

If you are worried about your guy cheating on you with Ginger Snap the stripper, think about he has done to earn this worry before you jump to this conclusion. Has he cheated on you before? If not, why would he now? When you put your trust in a good guy, the last thing he wants to do is break that trust. A guy can be like a rebellious teenager – accuse him of doing something he hasn’t done and he is more likely to go off and do it.

Vegas is so much more of a fantasy than a reality.

Truth be told most of what happens in Vegas stays in Vegas because not much of it is even worth talking about. Guys have grand ideas of what will go on but when they get there most of them just drink, gamble, eat too much at the buffets, maybe look at some strippers (which is seriously harmless) and throw up a few times.

You wouldn’t freak out over NYC, Atlanta, New Orleans or any other big city.

Here’s the thing – a guy who wants to get in trouble can find trouble wherever he wants it. You wouldn’t tell your man not to go on a business trip to Boston or to a college reunion with his frat boys to Chicago. Truthfully, if he wants to commit sin, he can do it in the city you live in. Either you trust him, or you don’t. If you don’t, you shouldn’t be with him at all.

Chances are your man’s last girlfriend gave him a hard time about going away with the boys so if you don’t, you will prove you are not clingy. Being that breath of fresh confidence and security will heighten your appeal in his heart.

Karma is a mutha.

At some point, you are going to want to go to Vegas with your girlfriends. Enough said.

He will rock you in your bedroom when he gets back!

Once he shakes off his sleep deprivation, chances are his libido will be on fire since he hasn’t gotten any for a few days but has been surrounded by it, thus you get to be the beneficiary of all that stored loving. Take this opportunity to show him that Ginger Snap ain’t got nothing on you.

With your man gone for the weekend, you get a weekend all to yourself. Flashback to your single girl days where you had ice cream for dinner, did face masks with your girls, took 3 yoga classes in a day – whatever you want to do, do it – you have no man to consider on this weekend!

The bottom line is that although your man is likely to return to you an unshowered hungover (possibly still slightly drunk) mess after a weekend away with the boys in Sin City, he’s coming back refreshed and ready to re-engage with you, someone who sent him off and welcomed him home confidently, happily and securely evidence to him, that when it comes to you, he really hit the jackpot!

PS: Whats some tips for single guys heading to Vegas