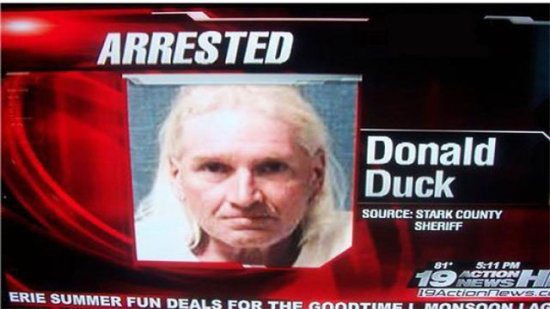 When I was in 8th grade, I had a classmate named Shirley Screws. Dead serious. Shirley. Screws. Worse, she ran with the rough crowd–gum chewers, backtalkers, locker slammers–so I remember at least one occasion when Shirley was summoned via the school’s PA system to report to the principal’s office, an event which, as you might imagine, was followed by raucous laughter echoing out of every classroom in the building.

Poor girl. Poor, poor girl. She was–pardon the pun–screwed from the get-go. There’s no first name you can put in front of Screws to make it any better. The best you could do was name your kid Philips Head or Drywall and deflect the joke to one that doesn’t suggest that you are perpetually available, if not eager, for a sexual encounter.

But what about parents who make a joke out of their kids’ names when they don’t have to? If your last name is Head, why on earth would you name your child Richard? Don’t Mr. and Mrs. Lott realize that they doom their daughter to a lifetime of stifled snickers at the mention of her name when that name is Mona?

Apparently not, because there are hundreds of examples of real people whose parents gave them horrible names. And to further their torment, I offer you 11 of my favorites.

Fanny Chmelar. German Olympic skier whose name is fine in German but when pronounced in English suggests something entirely different.

Iona Knipl. Litchfield, OH. Just one? Is the other one a rental?

Cookie Crackenbush. Gloversville, NY. She must do lots of kegels.

Anita Hardon. Professor at the University of Amsterdam. You’re in the right place, lady.

Sue Yoo. Attorney in New York City. And she will.

Don’t you feel better about your name now?