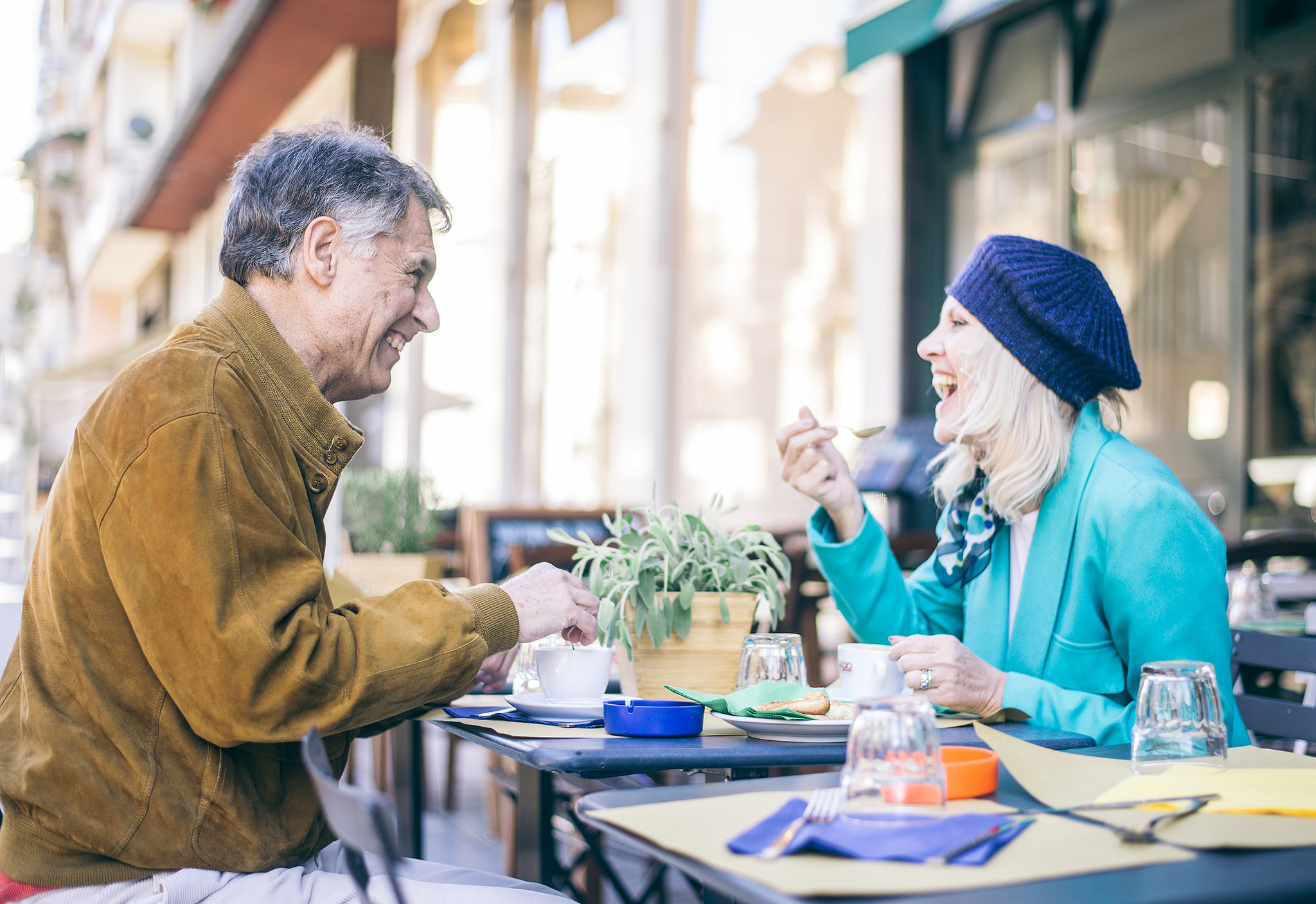 Has Dad lost his mind?

My father is 53 years old. He and my mother divorced more than two years ago after 27 years of marriage. I think he has lost his mind. He acts completely immature for his age and has a new motto, “You’re only as old as you act.” Based on this, he is only 19. He’s attempting to date ladies 15+ years younger than he is, ladies with young children, etc. He is acting irresponsible, having drinks a lot more often, and just being weird. Is this a phase? Will he settle back down and be the dad I knew before? — Christie S., 27, Searcy, Ark.

Christie, first, kudos to you for caring about your parents. Many midlife men when they first become single try to recapture their youth by dating, or at least trying to date, younger women. In the majority of situations, they fail miserably. Generally, younger women want nothing to do with an older man unless he’s powerful or rich. Of course, there are exceptions and believe me, I will hear from them when they read that sentence. Eventually, you can hope your dad will “get it.” By that I mean, he will realize he is much better off with a woman close to his age who appreciates similar experiences, music, history and all the things people learn growing through the years.

Why is it that men appear to be turned off by a successful, busy woman? I am in business for myself and very busy. I would like to meet someone who appreciates the fact that I can take care of myself, someone who doesn’t feel intimated by my abilities and accomplishments. Am I expecting too much? — Bonnie T., 62, Lodi, OH.

Bonnie, no, you’re not expecting too much. The right man for you will appreciate your abilities and accomplishments; he’ll even encourage you to be yourself. Men who are intimidated by successful women usually lack confidence in themselves. They don’t want a woman showing them up. You’d never be happy with a man who doesn’t respect you and admire your success. Don’t get discouraged. Someday, a well-suited-for-you man will enter your life.

“When will he cut the cord?”

I know extended family issues can be complex. I have been with my boyfriend for eight years and accepted all his flaws. However, he has a dysfunctional family with some real issues and I don’t know how to keep dealing with them without blowing up. They are controlling. I feel he knows the mind games they play, but why does he allow them to continue? I know I cannot make him choose. He is going to be 60 this year. When is he going to cut the cord? — Jackie P., 50, Sacramento, Calif.

Jackie, if he hasn’t “cut the cord” by age 60 and for the eight years you’ve been with him, chances are he won’t. People don’t change much. I’m sure you’ve talked with him about the problem. If you haven’t, you need to. Ask him why he allows the mind games to continue. Don’t blow up and get out of control. If it gets unbearable, spend time away from him and see if that wakes him a bit. If it gets to be too much, then you may have to consider a change of boyfriends.

I have been receiving email responses from men that include email address, their telephone numbers, and invitations to lunch. Is this how it should work? I thought you were supposed to build a relationship with someone online before you meet them in person. Seems to me like everyone is in a big hurry. I don’t know anything more about these gentlemen than they know about me. Is this a good idea? — Julie L., 50, Budd Lake, N.J.

Julie, you’re right, best be careful when dealing with strangers. Don’t let anybody rush you. Before agreeing to meet in person, find out as much about the person as you can. Trust your instincts. Men who want to rush you are either desperate or just want sex. That being said, don’t spend too much time trying to get to know someone before meeting in person. You wouldn’t want to divulge a great deal of personal info before meeting someone, only to discover that he isn’t for you. You’d feel awkward and you’d have wasted your precious time.

Should we live together?

He and I are both looking for a life-partner relationship. We have had in-depth online communications for two months and in person for six weeks. We’ve been sleeping together for five weeks. His apt flooded and he has been staying with me for three weeks. I expect his apartment situation will be resolved within a month. We’re both sincere and honest. He’s fun, romantic, generous, a good roommate, we have a lot in common, and we are becoming more and more compatible sexually. Question: Do we continue to live together? — Kathy M., 54, Wallingford, Ct.

Kathy, living together after such a short period of knowing each other is risky business. Having a guest in your home is different from having a man move in. A guest you can ask to leave but getting rid of a roommate can be difficult. Keep your respective places to live for several more months before taking such a huge step. As it is, you’ve gone awfully fast in the relationship. I know people who’ve dated three years before living together.

I have separated from my husband of 28 years. I would like to meet someone who is looking (like me) for friendship and companionship without getting into a sexual relationship. Do you think such a thing is possible? Or, am I the only person in the world who has had quite enough sex for one lifetime, but still needs a friend of the opposite gender? — Mary P., 50, Falls Church, Va.

Mary, well, let’s put it this way, having a sex drive is natural in most adults. Probably 95 percent of the men you’ll meet will run the other way when you put the “no sex” rule into play. Maybe you can find an older gent in church or somewhere who doesn’t want or need sex. Sex between consenting adults can be wonderful and healthy and it can strengthen a relationship. With the way you feel about sex, prepare to be alone.