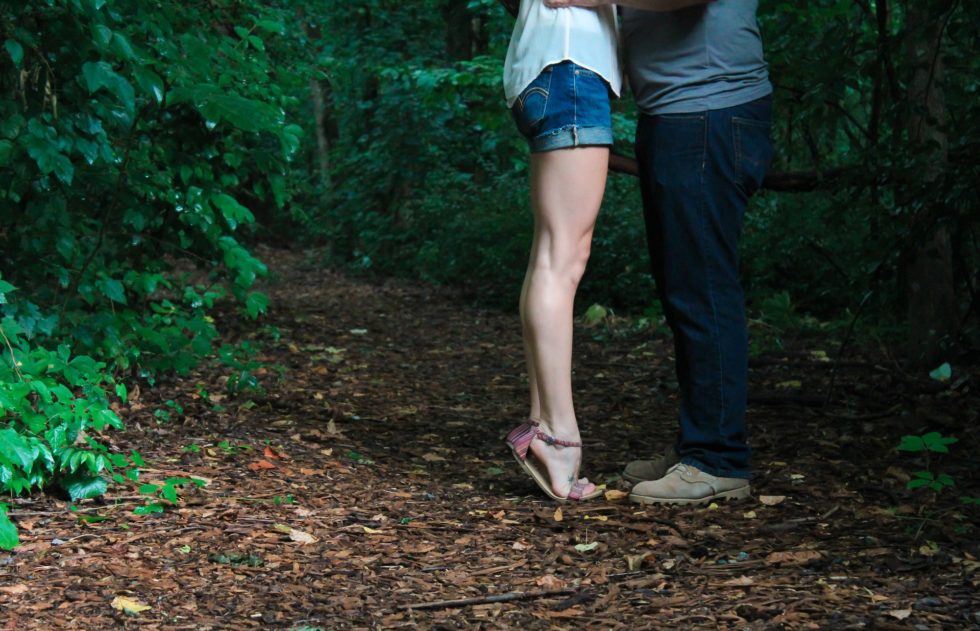 Сoffee is for closers only.” When you’re working your magic on a lady, one of the trickiest parts is taking things to the next level. Let’s be honest: You want more than just another date. You want a night of hot, animalistic sex that you’ll both remember for years to come. Or at least some very heavy petting.

So here are five tips that separate the men closing the deal from the men curling up in their X-Men bedsheets alone. (Oh, and if you don’t recognize that quote at the top, it’ll all make sense at the end.)

Women of our generation aren’t going anywhere with a guy who doesn’t make them feel secure. Throughout the night you have to come across as interesting and exciting, yes, but also safe. This means that even when you’re joking around, you need to be respectful at all times. Not only should you not do anything sketchy, you shouldn’t even do anything she might perceive as sketchy, like asking her to meet at your apartment the first time you get together, or pushing alcohol on her.

On the flip side, call out anything that may seem sketchy. If you have to use the bathroom when you drop her off, say something like: “Hey, I’d love to use your bathroom because I kinda need to, but I also understand if you’re not comfortable with that.” When you call it out, it takes the potential awkwardness away and shows you appreciate her safety concerns. Remember, perception equals reality when it comes to her feelings and assessments of you.

One way to ensure that you don’t seal the deal is by getting her so drunkshe can barely remember her name. Remember what we said about being sketchy? That’s pretty much the definition right there. If you have to get girls trashed for them to be interested in you, your game is obviously weak sauce and you need to step it up.

Being at a nice, cruising level of inebriation will have you both loosened up enough to enjoy yourselves but not commit acts of debauchery that you’ll regret in the morning. If you have to get her that cocked to get her home, you aren’t really sealing the deal. It’s a little more like shoplifting.

You’d think this one should be a no-brainer, but it’s not. You can’t just expect her to come to you. You have to pursue her a bit. Women like knowing that you’re after them, willing to face a bit of rejection, and up to the challenge of showing some balls to make it happen.

Talk to her, break the conversation, go do something else and come back to her and resume flirting like a champ, while raising the physical and emotional stakes (see tip #5 below). The playing-hard-to-get thing works for women. On a man it makes you look a bit like, well, a woman.

Use the Soft Sell

The soft sell is an essential part of your closing game. She should know that you want her to “come over for a drink,” but she shouldn’t feel pressured to do so. Women are often up for more than they appear to be, but you need to create perfect mix of comfort and attraction for them to lower their defenses.

For example, if you’re say something racy and she says, “Just so you know, I don’t hook up on the first date,” come back with, “Neither do I, so no worries.” Both these statements are most likely lies, but taking the idea of sex (which may be making her uneasy) off the table leaves you looking cool and not desperate while also letting her relax a bit. It can be a tricky balance, but it’ll make the path much smoother later in the night.

Note: Another thing that smoothens the path is proper logistics. Arrange a date that’s near your place. That way, you can ask her to come over for a drink after you’ve spent a couple hours together. If she accepts, you’re money. If she declines, respect it. It doesn’t necessarily mean she doesn’t like you, it just means she’s not ready to hook up with you just yet.

While the soft sell establishes comfort, you also need attraction, and one of the best training videos for how to close any deal is the below clip from Glengarry Glen Ross. In this iconic scene, Alec Baldwin tells salesmen how to sell: Attention Interest Decision Action. Get her attention by whatever reasonable means necessary. Build her interest with your charming personality and epic wit. Persuade her to make a decision to keep hanging with you. Prompt her to take the action of coming to your place. It’s not just a useful tip, it’s a way of life.

Another tip from the same scene is ABC. Always Be Closing. This means that you’re always in a “seal the deal” mode, escalating the interaction physically and emotionally. Physically, you’ll always want to be “punctuating the conversation you’re having with touch.”  Touch her shoulder, arm, lower back, etc., but not for too long and make sure it’s in a natural way. This is key to sexual comfort. Think about it: you can’t have sex with someone without touching them.

Emotionally, you want to really be engaging with her, not just chatting. Allow her to talk about things that excite her and ignite her passion. When she’s on a roll, share her enthusiasm. (If you can’t, you’re with the wrong girl.) From there it’s an easy transition to making plans to do something you’re both interested in. What it comes down to is, closing takes place all the time, not just after the bar rings the last-call bell. Keep that in mind, and you’ll find things go your way a lot more often.