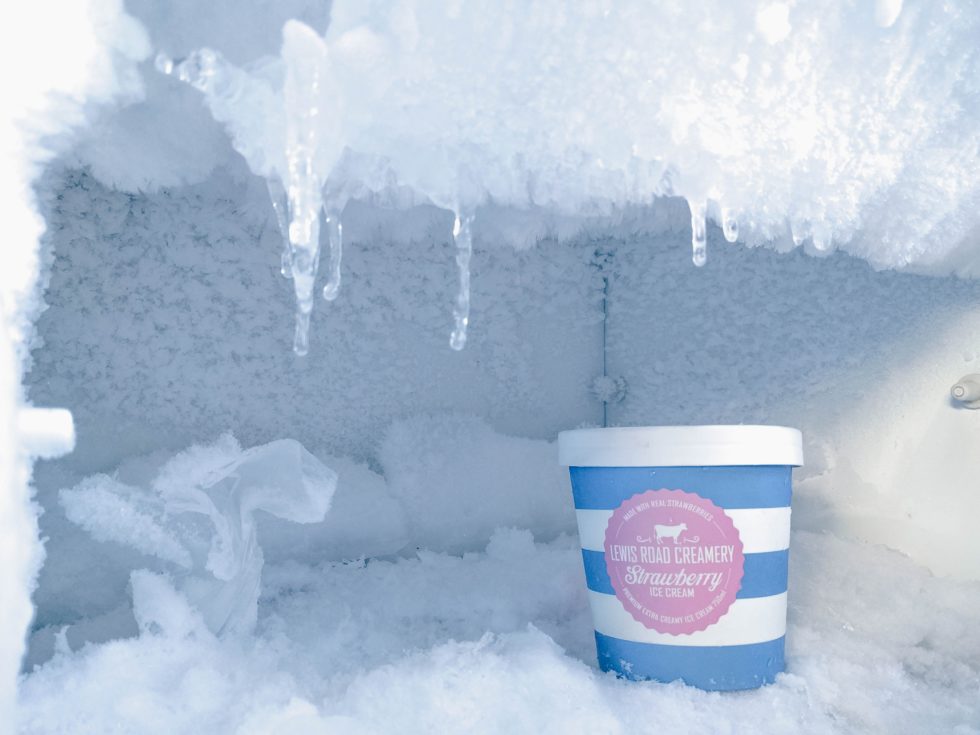 This lil’ list is not intended for the random late-night guest so much as the lady you’re hoping becomes a fixture. These items make her feel comfortable, safe and maybe even a little turned on. We know, weird, but have faith. You’ll thank us later—and she will, too.

Not only does this say coffee is served come morning, it also says “I think ahead” (i.e. “I have a condom,” “There will be toilet paper”) and somuch more. Nobody’s talking flavors here, as if a peppermint mocha versus French vanilla debate lay in wait—just a good ol’ carton of Half ’n’ Half will do.

Whether it’s your basic jug of OJ or a high-end fruit-and-vegetable blend, something that can either hydrate come morning or merge with vodka the night before is a thing of beauty. But don’t get it twisted when it comes to the latter: What she really doesn’twant to see is three shelves overflowing with beer. Seriously, Otter. This ain’t Animal House. Juice says “welcome” more than the mat that actually has the word written on it.

Hey, you probably began this whole sordid thing with an agonizing “Do you like your eggs scrambled or over easy” come-on, so why not be able to actually deliver now that the occasion may call for it? Eggs also say yours is not a steady diet of Mickey D’s—and you’re not totally hopeless in the kitchen.

She’ll be ecstatic over that bag of apples, bowl of grapes or even some baby carrots or peppers. These things tends to send the message—if you’re in pretty good shape—that you’re health-conscious. Meanwhile, if the fridge is stuffed with junk food and you’re jacked, she’s just going to go away thinking the clock’s ticking on that rocking bod. And you on hers.

You regard it as a fab burger topping? Fine. And, hell, she doesn’t need to know that. Fact is, you’ve got something other than a no-name tube of mustard and that already sets you apart from much of your beer-swilling, bratwurst-chomping brethren. And if it just so happens that you’re down with greens or even just looking out for the ladies that pass on through, all the better.

Meat in the Freezer

Now this can’t be something that’s so iced over you can’t make out if it’s a coupla steaks or some pork chops. All freezer burn says is “at one time or another I didgive a shit.” But a recent steak, or even chicken, purchase and it’s cozily sitting things out ’til you pop it on the grill? She’ll bring the red, brother.

In some states this might be considered bait. She’ll melt at the sight of a pint of Cherry Garcia. That’s just fact. Again, watch out for the frosty sheen, though. When it comes to ice cream, too, you do want to be cognizant of name brands. A gallon of boring vanilla or chocolate that’s clearly the cheapest at the grocery store says “I’m cheap and will be fat,” whereas a pint of Ben & Jerry’s or Häagen-Daz says “I take ice cream seriously.” Either that or “I get laid often.”

Any baking soda will probably do, but that reassuring Arm & Hammer logo gives a gal real peace of mind. Which means she’ll be more likely to give you a piece of her heart—or body.