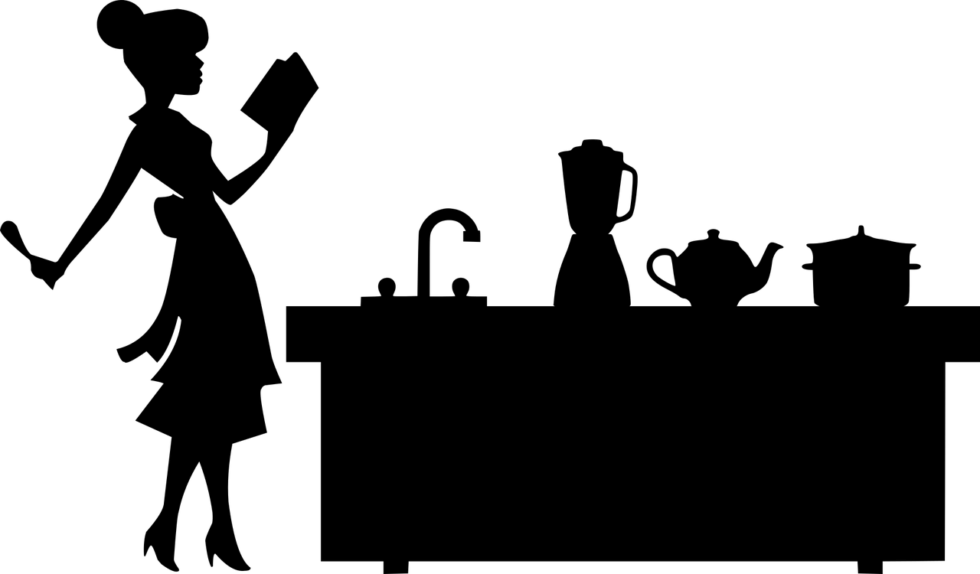 Last week I had a question come in asking for my take on men being house husbands and how to deal with it.

My initial response was: “The same as a housewife, except you get worried if he wears a frilly apron and 3 inch heels.” Now you see why my sense of humor is not allowed out without a leash and someone with a Taser on the other end of it.

Yet it is oblate spheroids. Being a house husband is no more difficult than being a housewife. No more respected either, but that is a seperate can of worms. Ain’t nothing a woman can do in the house that a guy can’t do, except maybe tolerate dust.

Change a diaper? 7 seconds, tops, those things totally reek and are disgusting. Wash the dishes? 2 minutes. Cook? How many Michelin starred women do you know of? Cleaning the house? Don’t be stupid, we settle for organized chaos. Guys are pragmatic and don’t mind mess.

Tonight, I am dealing with one kid learning history, and the other in the why zone. As in her answer to every comment is “Why?”

Supper is sort of prepared – the beef is marinading, the salad filling is prepped and the cheese (it should be Jack, but I have an inordinate fondness for Wensleydale) grated and we made the tacos earlier with a lot of giggling and mess. But we got there.

Probably took twice as long as me doing it on my own, but it was fun.

That is the thing. Being at home with your kids is fun. Hard work. But fun.
It ain’t something that gets respect though, as I said. You want respect, become a career criminal or an assassin. Staying at home and looking after your kids gets you significantly less respect than your average politician or sex offender.

Be a male and do it and the subtext is invariably “What the hell is wrong with you!” The feeling that I, as a male, am somehow a failure since I stay home and look after our kids is unspoken but ever present. It is oblate spheroids too, but annoying. So to those people – usually women – I say this.

No, I am not a failure for working from home and putting our children first. Would you be if you did that? The fact that we inverted the traditional child care roles, allowing my lady to pursue her career with minimal disruption beyond the actual pregnancies is no ones business but our own. Would you consider it odd if it was the other way around? If I was pulling 15 hour work days, often in different countries, and my lady stayed home with the kids? Didn’t think so – that is considered “normal.”

I am simply a better Mom to the kids than my lady is. Just wish I was half way decent at cleaning …..

Ways to Co-Parent After Divorce

Can Sexting Really Land Your Child in Prison?

Dating Violence is a Serious Threat to Teen Girls