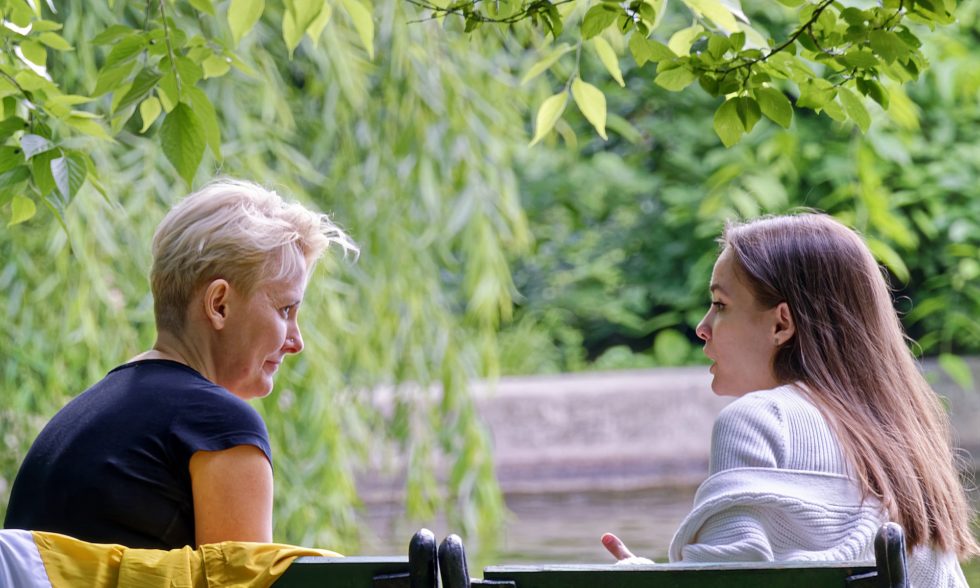 Every day, junk information is thrown at us from every direction: TV; newspapers; gossip from acquaintances; the internet (the master source of all useless trivia).

Some of this information is about women and attracts the attention of guys looking for helpful dating advice. The challenge is finding the signal over all the noise.

With so much fluff out there, where do you start? And more importantly, since so much of this advice is directly contradictory, who should you believe?

I’m sure you’ve heard each of the following more than once:

A1. “You should smile and be friendly when talking with women, it’ll make them feel comfortable.”

A2. “You shouldn’t smile; James Bond doesn’t smile when he talks to women and he’s the smoothest guy ever.”

B1. “You should wear something that makes you stand out and be unique, you know, like a giant fuzzy top hat!”

B2. “You shouldn’t wear weird things that draw negative attention to yourself.”

C1. “Alpha males are dudes who SMASH STUFF and don’t take crap from no one, GRRR!”

C2. “Alpha males are leaders who keep everyone working together towards a greater vision and cause.”

A lot of the dating advice you find online is contradictory, useless or crazy – but there are also many gems of wisdom out there. That’s why the best tip of all is this: be skeptical and test the dating tips you read by applying them.

To be clear, skepticism is NOT the same as being a naysayer or a hater who sits back, watches others take action and judges. I’m talking about the healthy skepticism of a man who doesn’t believe everything he hears.

So test scientifically and consistently. No need to get out your lab coat and beakers; simply raise an eyebrow and race to test out any advice you read with a curious, “hmmm, I wonder if that works.”

As you cultivate this habit of experimenting, you’ll find that you’re propelled actually talking to girls – lots of them. The fact is, the most fundamental aspect of improving your dating life is manning up, going outside and meeting to lots of women. Socializing constantly is the foundation on which everything else is built – no man has dated more women than he’s met!

The Benefits Of Skepticism

Having a keen sense of skepticism guards you from useless tips, malicious attempts to salt your game and even well-intentioned but misguided advice. What works for you, works for you, but what works for another guy may have no effect on – or even harm! – your game.

Everything that makes each person unique plays a factor: upbringing, cultural background, family relationships, previous romantic experiences, core values, and even seemingly unrelated things like taste in movies or sense of humor.

So when we hear vague advice like “Just be confident, man,” we can slice that junk data out right away since there’s no way to test it and get consistent results with a large sample pool of women-talked-to. (Be wary of vague dating advice that doesn’t actually give you specific actions you can take and test.)

And no, we’re not talking about “I tried this and it didn’t work on that one girl.” To conclude what actually works or not, you need sample pools of dozens, nay, hundreds, even thousands of women talked to in as short a time as possible, keeping all variables as consistent as possible. Usually, this requires getting up and out onto the streets of downtown to start rolling out tests. Tests like:

Do I get more phone numbers wearing blue ties or red ties?

Do I get more phone numbers while smiling or keeping a deadpan expression?

Once that’s done you can look back over your data. Which ties tested better, red or blue? Smile, or deadpan? Command, or question? What you’re left with is what works… For you.

You might find that with a big enough sample pool, you can pinpoint the most important variables in your success with women while realizing that most of the dating advice out there has absolutely nothing to do finding, meeting, attracting and keeping high value women of exceptional beauty and accomplishment (my favorite type).

How The Good Got Good

Want to talk about really getting an edge over the competition? Jerry Rice, one of the best NFL players of all time, said: “Today I will do what others won’t so tomorrow I can accomplish what others can’t.”

Few guys bring this level of skepticism and scientific testing to the field of dating advice and use it to meet tons of women on a daily basis… So when you get out and start talking to lots women, you’ll be in a league of your own pretty soon.

After a while, it becomes hilarious to see dating advice in a mainstream sources or any of the goofy stuff in Cosmopolitan. Recently, I read something like “According to science, women are more attracted to men who share their emotions,” then goes on to cite a study done by undergrads who interviewed 22 other college students about their feelings. Without even getting into the shoddy research methods, the microscopic sample pool of 22 people pretty much disqualified any of the data right off the bat.

But before drawing any hasty conclusions, it might be a good idea to take the information from that article and turn it into a testable variable. One week or month spent meeting women while blubbering out emotions, and another sticking to the straight and narrow by practicing self-control and patience. Test it out yourself (I already know what works for me and every other guy I know who is successful with women).

Only way to know for sure is to Man Up, get out there and test it out by meeting massive numbers of attractive women.