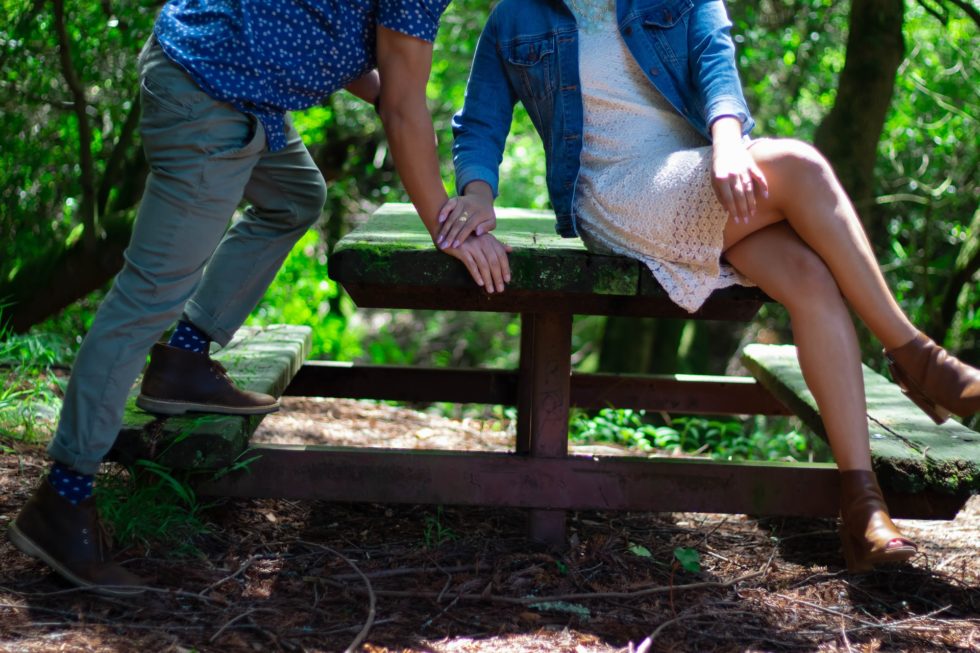 Whether it’s from work or school, approaching a girl you like comes with all the added pressure of embarrassing yourself in front of someone you’ll have to interact with in the future. Fortunately, there are some mitigating circumstances too – you already know each other, even if it’s just vaguely, and you have reasons to talk outside of flirting.

Here are five tips on how to easily break the ice with a girl you like.

The biggest fear most guys have when approaching a girl is embarrassing themselves while trying to impress her. That’s understandable but it’s also completely unnecessary – girls don’t mind vulnerable and imperfect guys, they actually like them. What’s off-putting in most situations is the guy trying too hard to impress her and embarrassing himself in the process.

And you can completely circumvent that risk by not trying to impress her at all! If you just approach a girl with a question, there’s no risk of it seeming like you’re trying too hard – you’re literally approaching her from a vulnerable position, asking for help. Even the risk of rejection is minimal with such an approach because virtually no one refuses to answer a simple question from someone they know.

What’s more, not only do you alleviate most risks by breaking the ice with a question, you also open a lot of opportunities for yourself! Because you know the girl, you can ask her a question you know she can help you with, a question that’s likely to grow into a prolonged discussion, or maybe even a question that can lead to a casual “date” where you can talk more about it? All this stems from the inherent benefit of you knowing the girl even vaguely and having an idea about her interests.

2. Text her about something you know is on her mind

Even when you have the perfect question to ask someone, it can still be intimidating to ask it face-to-face. There’s nothing wrong with being a bit socially awkward and not having a firm grasp on body language yet – those things take time and practice to master.

In the meantime, you can always fall back to texting! Another beautiful thing about knowing someone from school or work is that you can always just text them without fear of it being “too forward” – all you need is a reason or a question. When you want to start texting a girl you know, the possible topics are near-endless. Given that texting is not as “spontaneous” as a face-to-face chat, however, it’s best if you start the text chain with a simple but specific question – something you can ask in person too.

Something a lot of people feel too shy to do is asking a direct favor instead of a question. Sure, it may feel a bit too forward but it usually isn’t. Most people love helping those around them, especially if it’s a friend, an acquaintance, or a colleague.

Obviously, kicking things off with something overly complicated and time-consuming isn’t a good idea. It also shouldn’t be something too simple that you’d seem stupid for needing help with. But, if you know the girl, you should have little trouble thinking of a few things she can help you with that wouldn’t be embarrassing.

Some of the classics are asking for help with a class you’re taking or asking to borrow something for a while. But if you know her and you know her strengths and know-hows, you can think of even more specific favors to ask for!

And the beautiful thing about this method is that not only are you creating an opening for further conversations, not only are you presenting yourself as vulnerable and not-trying-to-hard, but you’re also “giving” her a favor to ask in return whenever she wants!

4. Make a general and relatable statement

Talking about the weather may be a major cliché but it also kind of works – it’s a general, inoffensive, relatable, and risk-free statement that most people can agree with.

The key here is to make sure that your statement is not just general but it’s also relatable – it’s something that she’d want to comment on or at the very least notice, agree with, giggle at, or just nod. Something that she won’t just ignore. And if you already know a bit about her and her interests, you can easily find a statement that will push her to start a conversation with you!

5. Offer her something she wants

Lastly, if even just asking a question or asking for a favor feels too forward and risky, you can do the opposite and offer her a favor instead. Dealing with your fear of rejection can be tough and it also takes time but you can go around that by simply offering something instead.

Of course, it should be something you know she needs. Maybe you overheard her sharing a problem or looking for something? Maybe you’ll have a major test or project soon and you know you can help her out.

The beauty of this method is that she’ll have the extra incentive of accepting your help. Plus, it can often be something that takes more than just a moment and will give you plenty of time to interact. On the other hand, here you’ll be running the risk of being too forward and trying too hard to impress, so it’s important to be casual about it!

And what’s even better is that you can often chain these five methods into each other. You can text her with a question, then ask for a favor, and you can offer a favor in return soon after. As long as you act casual about it and you don’t seem pushy, there are very few risks and plenty of opportunities!