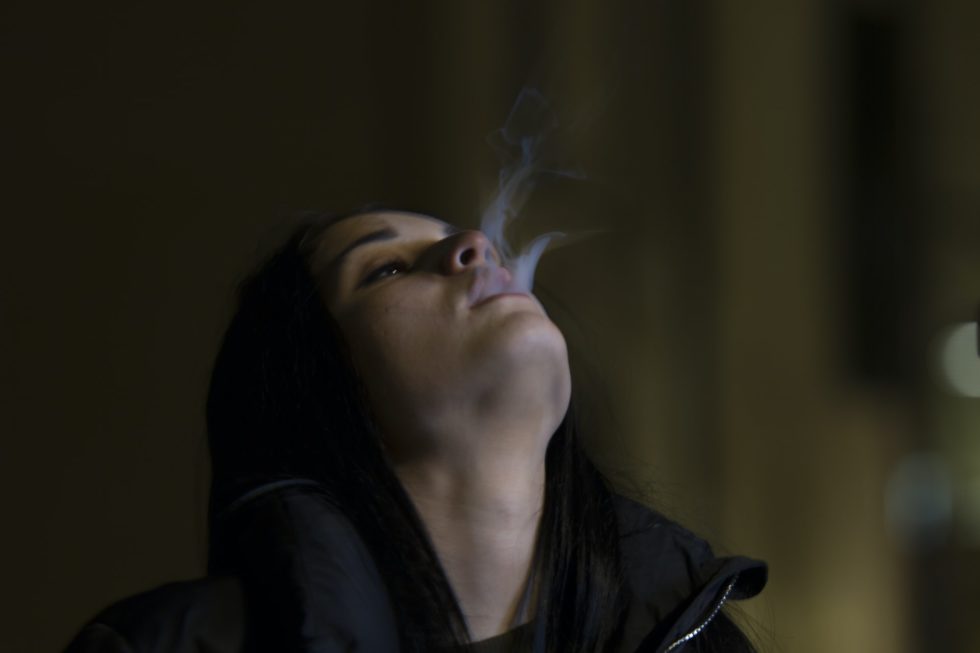 You can easily get clouded vision from the smoke and mirrors a potential love interest utilizes to snare your initial interest. It’s not uncommon. People always put their best respective feet forward during the dating period.  It’s up to you not to enter into a relationship with blinders on. There are certain faulty aspects, if they exist. in a person’s character or actions that should be viewed as immediate dealbreakers. No “ifs”, “ands”, or “buts” about it, there are dealbreakers which you should adhere to without fail.

If you meet a chick that would rather ride the white horse than breathe, umm instant dealbreaker. If you find out that drugs have become the most important element of this person’s life, the best you can do for her is get help. She’s spiraling downward on a ride you don’t want to be on. Self destructive behavior has a way of spreading, and you don’t want it to get it’s indiscriminate hands on you. Cut a druggy chick off quick, as in yesterday. Drug abuse is a deal crusher, not a deal breaker.

Guys make the mistake of thinking that a possessive woman is cute. “She must really like me if she’s always checking up on me”.  Wrong. Unwarranted jealousy and possessiveness is a sign of a deeper problem. This chick’s either got trust issues, self esteem problems, or a combination of the two. A relationship with her will be flooded with fights, littered with accusations of cheating, and clouded with an emotionally draining feel. Don’t waste your time with a woman like this.

Materialistic people should be discarded as quickly as possible as well. If all she cares about his how much money you make, where you can take her, what kind of car you drive, then not only is she shallow, she’s a gold digger. She’ll never really care about you, that is, the real you. She’ll only care about what you can provide for her. Tell her no thanks and move on. You don’t want to spend your life showering her with gifts just to keep her around… definitely a deal breaker.

She wants YOU to be jealous.

This scenario is the inverse of the previous set up. Women that go out of their way to make guys jealous are childish. Once again, this shows signs of a weak level of self esteem. She wants you to go all gorilla when you see her flirting with other guys. She’ll constantly tell you about this guy and that man that tried to chat her up. The truth of the matter is, she’s simply reaching out for validation from you—dysfunctional, yes—but still. This scenario will grow incredibly tiresome incredibly quickly. You don’t want to deal with someone with self esteem issues.

Negative attitude (about everything).

Misery loves company. If you’re smart, you won’t be the one hanging out with it. The world is tough, everyone knows this. But, if the woman you’re dating seems to have a lack cloud constantly hanging over her head, you need to reconsider dealing with her. A defeatists attitude is not only annoying, it can spread like a cancer. It’ll start out with her not liking her life, it’ll grow into her not liking your life as well. Don’t even bother picking up the phone to call this Debby Downer.

This one needs no explanation. Some people think the rest of the world exist to hold them up on a pedestal. Don’t be one of those subservient morons holding up some selfish chick on that pedestal. Signs of extreme selfishness should prompt you to head for the hills. Relationships with selfish people always end up one sided. You’ll spend your entire time with her working to keep her happy with no reciprocation. Slavery has been outlawed, emotional or otherwise.