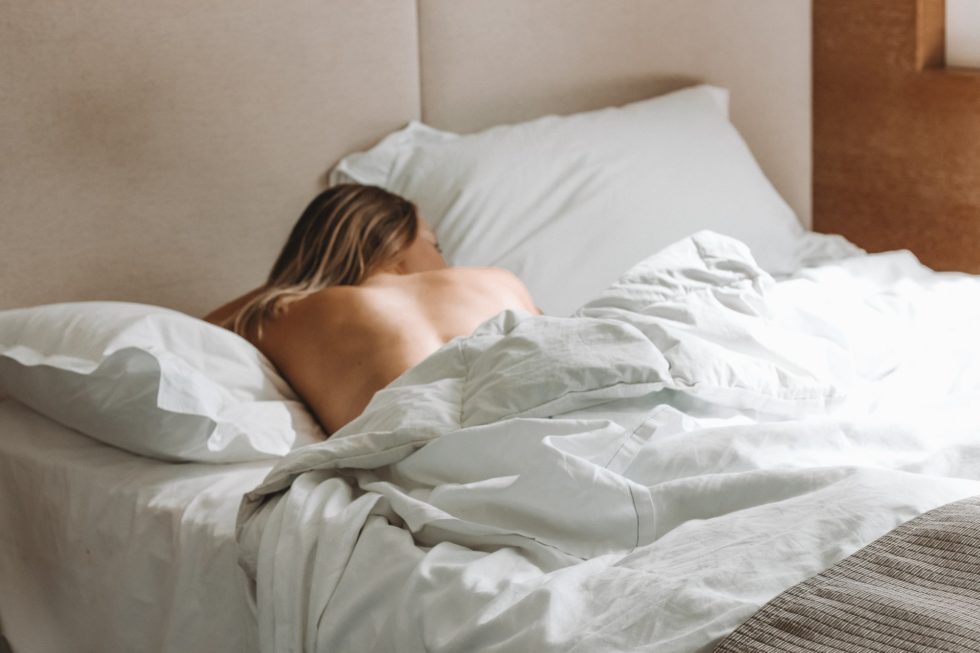 I am twenty-seven years old and I’m in a very loving relationship.  However, during my late teens and early twenties, I was one of the first   ladies to have experienced the  whole fwb phenomenon. (I blame Dean Winters’ appearance in Sex And The City for this.)

So many of my girl friends have come to me for dating advice on this very subject and yet all the solutions have been addressed, my friends still make these same self-destructive mistakes.  I always thought it was a trend that would have gone out of style like Tamagotchi–but alas, the FWB trend has only gotten more popular.  Movies like No Strings Attached and Friends With Benefits have not only glamorized the phenomenon, they have also deluded women everywhere that it is feasible to end up in a loving relationship with men that use them for sex.

It’s a shame that so many online romance blogs are devoted to covering this very subject day after day and it’s even worse that I am conforming to writing about this over talked about trend. However, I realized that although so many young women out there are still getting hurt everyday because of this and if I can just get through to one love lorn girl, then this blog would be worth it.

That is why today I am going to share my wisdom with ladies today. Please be warned girls that this is something you probably don’t want to read, and something I would NEVER say to you in your face for the fear of you crying or calling me a self-righteous bitch, but the reason why I want to say this is because the truth is better than hearing a sugar coated lie, because the end result is never sweet.

So you slept with him….What are the signs he’s not interested in a relationship with you?

1.  If he calls you from an Unknown Number….and you still don’t have his number.

3. The only places you go to are to his house, or your house, (this includes cars if houses are not available) and if you’re going out, it’s always somewhere where neither of you will bump into people you know.

4. If you are the one who asked him out. 9 times out of 10, FWB relationships are initiated from the woman.  It’s a harsh pill to swallow, but these are the facts.  When I think about the times I got stuck in this now timeless scenario, I realized it was me.

5.  If you’re always the one calling or texting. Guys are known as being the pursuers and if they’re not texting or calling you, it’s generally because you’re not a priority to them. Believe me, if he’s serious about you, he’ll call you too.

7. If he says he doesn’t want to ruin the friendship..IT’S A LIE!!  A total, utter, lie.  Men really don’t care about ruining the friendship through sex.  So if he’s perfectly okay with the sex part, and not the relationship part….you are nothing more than his fwb buddy.

8.  If you find yourself having tantalizing and dirty phone calls with him, yet he never really suggests to go out with you in PERSON…you are nothing more than his PHONE fwb buddy.

But the most popular excuse is……….IF he uses the whole “I’ve been hurt and I’m not ready for a relationship” excuse.  Girls, this should sound familiar, because we use it too!!!! What he’s really trying to say is that he’s not ready to be in a relationship with YOU.  Either he doesn’t want to commit, or he’s looking for something else.  This is the playas’ line of choice.

OUCH…I know it’s hard to actually think of being rejected by someone you thought you really could get serious with, but this is the truth.  Any girl who says any different is in denial.  If he is doing any of the things I wrote above then YOU ARE NOT HIS GIRLFRIEND.

Again, I know I might sound harsh, but it pisses me off when girls waste their time on someone who can’t even see their brilliance and beauty, when they could really be spending  their time with someone who does see everything good in them. Think about it: FWB relationships don’t start out of the blue.  The reason why so many women sleep with these guys is because they want them to like them. We all have some form of female intuition. If something doesn’t feel right, then it’s probably not. Throwing yourself at someone who you know has rejected you emotionally will only hurt you in the long run.

If you’re currently going through this situation right now, just remember this one phrase and REALLY think about it.  “Deal with men for how they are, and not how you would like them to be.”  I hope I was able to shed light on this subject and again sorry for sounding like a bitch, but I’ve been through this before, and I hate seeing others go through it too.