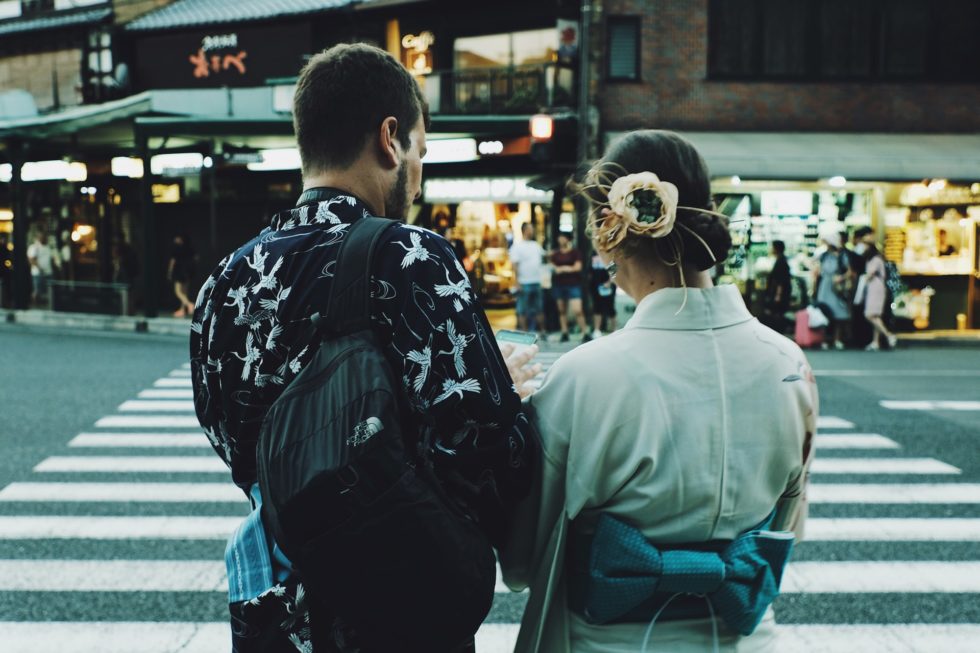 It’s been said that men and women don’t speak the same language.

Imagine how much more complicated marriage can be could be when “not speaking the same” language isn’t a ‘Men are from Mars, Women are from Venus’ exaggeration, but literal truth.This was the case for my husband and me early in our marriage. As an Anglo-American, born and raised in the United States, English is my first language. As an immigrant from El Salvador, my Latino husband’s first language is Spanish. When we met, we could barely communicate verbally, yet here we are, married for 14 years. How is it possible?

The marriage experts are right about communication being key to a successful marriage, but what happens when, due to linguistic and cultural barriers, a couple isn’t able to effectively express themselves or understand their partner?

Marriage is difficult, but interracial, bi-cultural, interfaith, multi-national, and other such “mixed” marriages, are even more so. While “mixed” couples face greater challenges than partners of similar backgrounds, good communication is still possible.

It takes strength, patience, and of course love, but it also requires creativity to bridge the inevitable gaps in understanding that occur when one’s vocabulary limits their ability to express what they’re really feeling. Here are three strategies I use in my marriage, which focus on the linguistic difficulties faced by mixed couples who don’t share a common native language.

Humor is universal, and can provide a much needed respite from tension, but the type of humor used matters greatly.

In the Latin American culture, what is considered an affectionate nickname may cause hurt feelings to those from other parts of the world.  It is not uncommon for Latin American family members to call each other names such as “gordita”, “flaco”, “prieta”, and “cabezón”, (chubby, skinny, dark-skinned, and big-headed).  These words of endearment can be interpreted as insults by the uninitiated.

Likewise, American sarcasm is not always appreciated or easy to understand for those who didn’t grow up in the United States. For a non-native English speaker, the way Americans say one thing while meaning the complete opposite can be confusing since most acquire a literal understanding of vocabulary before being able to decipher the intonation which helps indicate the speaker’s emotions.

As a writer, I’m quite fond of analogies.  I love how they simplify ideas while painting a picture that gives insight and perspective!

Analogies have been used by motivational speakers for years because they are effective in conveying concepts and making them easy to remember. Analogies can also be used to great effect to help your partner understand what you’re trying to communicate when the message is too complex linguistically.

Next time you feel your message is getting lost in translation, see if you can come up with an analogy that your partner may be better able to relate to and understand. It’s particularly helpful to draw from real life examples that your partner is familiar with. For example, if you want to drive home the point that it’s important to cooperate, and your partner is handy with tools, make up an analogy using a hammer and nails, (one doesn’t work without the other!)

Before there was written language, there were drawings. Pictographs have been used since prehistoric times by cultures around the world to tell stories without words. Drawings, no matter your artistic ability, can be an excellent communication tool when your vocabulary fails you.

In the early years of our marriage, when my Spanish and my husband’s English were far from fluent, we used drawings to supplement our limited conversation and to learn new words. So, keep a pad of paper and pencil handy and don’t be shy – no one is expecting a Picasso.  Create memories and watch your progress.  Don’t throw away the sketches you both draw! These drawings will become treasured mementos one day. I still have a few of our drawings and it’s fun to look back and laugh at some of the words we didn’t know back then.

4.  When All Else Fails, Communicate with Affection

Lastly, remember that despite all your creative efforts, there will be times when you find yourself feeling confused and frustrated. Sometimes it’s okay to give up on communication, at least for a little while, and just give your partner a firm embrace.  Hugs and kisses need no translation.

If you are (or were) in a relationship with someone who is (was) not fluent in your language, what are (or were) some of the communicate tips you’ve used?