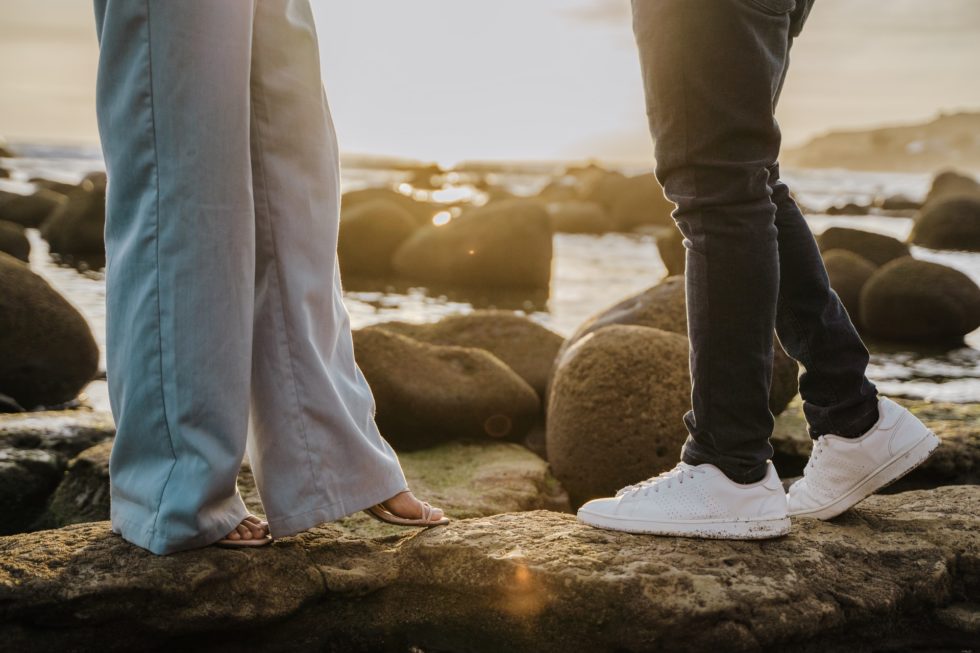 You get home from a lovely night out, and you smile as you recall the night’s events. Maybe, just maybe, you found someone who could end up being the One.

A few days later, you send a text so he or she knows you were thinking of them.

“Hey, you. I had a great time the other night. Would you like to go out again sometime?”

Simple, right? No strings attached. No expectations. Just an innocent desire to connect to another soul. Anyone in a getting-to-know-each-other or dating relationship is familiar with this message.

But it goes unanswered. What the heck?! Everything went fine! I mean, he or she seemed nice… Not the type to disappear. What happened??? …They could’ve said something.

The sad truth is this is all too common in the 21st century as technology becomes more commonplace. Online dating service Loveawake released a shocking survey highlighting the millennial’s struggle with ghosting. Of 800 single users aged 18-33, 78 percent reported they were a ghosting victim at least once by “someone they were dating (who) suddenly ceased all communication without an explanation.”

Additionally, an investigation from Elle found equally surprising data. A poll of 185 young daters’ dating habits (65 percent of which were female) showed both men and women were just as likely to be the cowardly culprits.

Sarah Braun, an MSW student at California State University, Long Beach, and past victim, believes ghosting emerged as the popularity of online dating increased and meeting people in public settings decreased. The dynamic between the two created a lapse in social responsibility, making avoidance, and consequently hurting feelings, much easier.

“Those who ghost tend to do so to avoid confrontation, feeling negative emotions, or causing another person emotional pain,” Braun said. “Everyone is affected differently. Common feelings victims experience are confusion, uncertainty, hurt, and anger. Those who are ghosted lack closure and are often left with many unanswered questions.”

At a time in history when technology is more advanced than ever, today’s generation has an astronomical amount of information at its fingertips. As millennials, we can find solutions to today’s problems and build connections to places and people, many of which our parents and grandparents never dreamt possible. So, it begs the question: why do we, as enlightened and mindful and capable of greatness as we are, find such a damaging and viral phenomenon like ghosting even mildly acceptable?

“Such behaviour leads to the objectivization and even harsher behaviours toward others,” said Michael Southerland, MS, LMFT. “Also, it leads to avoidance of simple courtesy that is so lacking in many areas. Breaking up with someone face to face helps accept responsibility for ourselves and our relationships.”

So, how do we proceed, if we are to end this phenomenon once and for all?

“Communication is key,” Braun said. “Being honest and direct about your interest and intentions is the best way to combat (ghosting). Having this conversation may be uncomfortable, but this momentary discomfort is an act of respect for the person. It provides the person with the closure needed to let go and move on.”

But what about the rest of society, not just with you and me and the people with whom we come into contact?

“If I were treating someone who engages in ghosting, I would do my best to help them see the consequences of their behavior has on others,” Southerland said. “Acceptance of responsibility for them is the key to stopping the behavior and making them more responsible and their relationships. Thus, they would become happier individuals.”

Andrea Bolduc, another ghosting victim and a health services professional in Orange County, Calif., believes going back to more traditional dating methods would erase the stain ghosting has on dating in today’s generation. Being honest and upfront, she says, isn’t enough because honesty isn’t always objective through a digital medium.

“You can be anyone you want on online dating,” Bolduc said. “Both men and women can say whatever the other person wants to hear. We should go back to meeting in coffee shops or in public places than being behind a screen.”

New research from Loveawake backs up her premise. A poll of 3,000 users aged 21 to 65 found that weddings might be the answer for many not having luck with online dating. Nearly 52% said weddings are great for hooking up because “it’s easy to start a conversation” while 7.8 percent said “there’s no commitment required.”

Millennials, this is your personal service announcement: if you’re single and thinking about or participating in online dating, consider deleting your apps and meeting people organically when you’re not at home. Look for mixers or meetups based around hobbies or interests. Go out to your favorite place and scout for someone who catches your eye. Or better yet, dust off your dress or suit and attend a wedding. Be the real you, and you might meet someone worth your time and feelings.

HOW TO GIVE UP THE GHOSTING GAMBIT