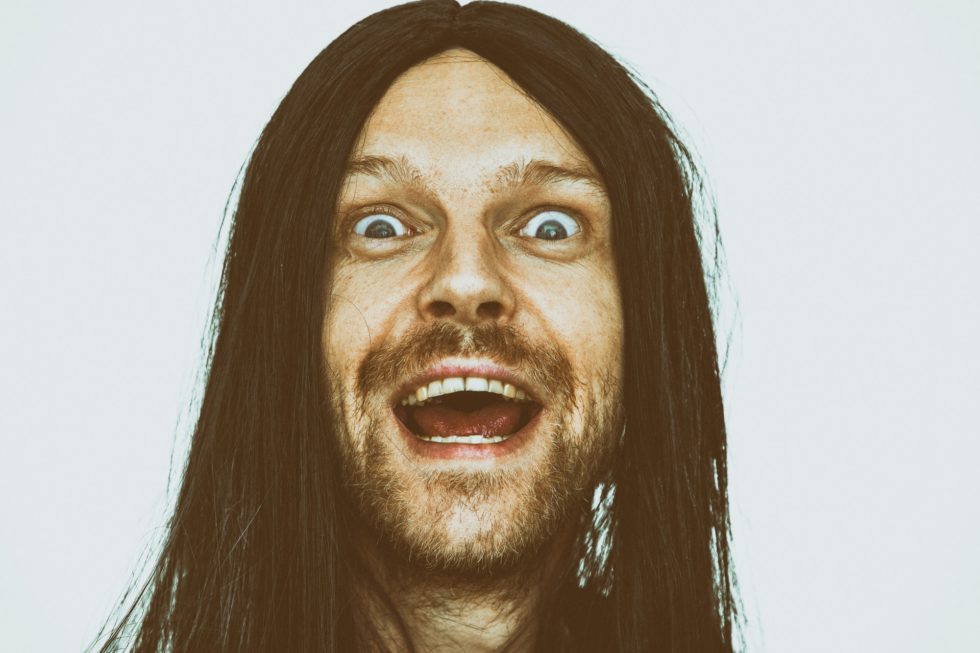 Filtering is the most important process in dating, and it’s your responsibility.

The two most dangerous warning signs every woman should heed in dating:

That’s a one-two punch that can ruin your life. It’s a sociopath! Do not mate with It!

Jeremy Dean, writing at PsyBlog, explains that all of the oh-so-charming traits of the sociopath/psychopath (same thing) fall into one of these two categories. Fearless dominance is the most useful of the two:

Far from seeming weird, psychopaths are charming and bold and don’t particularly care what other people think of them, unless they need to manipulate those perceptions in some way.

People high in fearless dominance are certainly not ‘mad’: they tend to be very outgoing people who are not at all neurotic.

It sounds like the world needs a few sociopaths, right? In fact there are about 12 million American sociopaths:

Psychologist Martha Stout – who – clinical instructor in psychiatry at Harvard Medical School for 25 years – estimates in her book The Sociopath Next Door that as many as 4% of the population are conscienceless sociopaths who have no empathy or affectionate feelings for humans or animals.

Even if you’re not dating one, chances are you’ll encounter a sociopath at work:

Sociopaths will tend to rise to positions of power and authority. Most of us defer to authority so sociopaths’ influence and the havoc they wreak far exceeds their representation as a percentage of the population.

Sociopaths can be male or female, but 75% of them are male. That means 9 million men without a conscience or the ability to experience affection. Men who do not know right from wrong. Even Dexter does better than that!

The darker side of being a psychopath is that they find it difficult to control their impulses.

If they want to do something, they just go ahead and do it; there’s no fear or anxiety to hold them back.

Psychopaths continually take risks, with no regard to the consequences. Psychopaths are also usually very manipulative and likely to engage in promiscuous sexual relationships and have the potential to commit crimes (although many do not).

Here are some of the most notable traits of sociopaths from Hare’s Checklist:

From The Wisdom of Psychopaths, here are the professions with the most and least psychopaths. Of course, this doesn’t mean that every CEO is a psychopath, and I’ve known a few creative artists who definitely are. Rather, this list shows an “overlap between psychopathic personality traits and the types of people who go into those professions.”

Most of the professions [on the least list] require human connection, dealing with feelings and most of them don’t offer much power. Psychopaths, by their very nature, would not be drawn to or very good at these things.

On the other hand, most of the roles [on the most list] do offer power and many require an ability to make objective, clinical decisions divorced from feelings. Psychopaths would be drawn to these roles and thrive there.

Here are Martha Stout’s 13 rules for living in a world with so many sociopaths. They apply doubly to dating:

1. One must accept the fact that, unsavory as it is, some people simply have no conscience and that these people tend to be very “everyday.”

2. Learn to use your own judgment about people instead of relying on roles and labels to inform you about a person’s moral character.

3. Practice the Rule of Threes when considering a new relationship in your life. Three lies, and assume that you are hooking up with a liar.

6. If necessary, you should redefine your concept of respect.

9. Question your tendency to pity too easily.

10. Do not try to redeem the sociopath.

11. Never agree, out of pity or for any other reason, to help a sociopath conceal his or her true character from other people.

12. Do not allow someone without a conscience to convince you that humanity is a failure.

13. An old saw, but true nonetheless: living well is the best revenge.

Obviously, most sociopaths aren’t Ted Bundy. They join frats, play sports, approach you with ease at the bar, write blogs and work on Wall St. If you know what you’re doing, you can draft behind a sociopath at work and do quite well for yourself (I have, this move is not for novices).

But the one thing you never, ever want to do is give your heart to one.