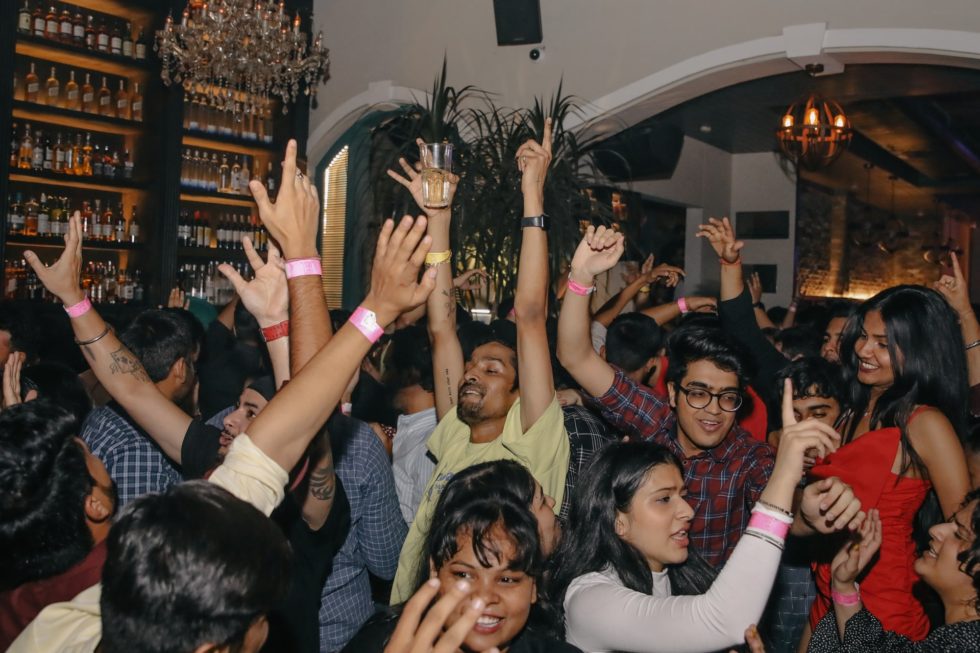 ‘Cause it’s a woman’s world

It’s a woman’s world, boys like it or not

In my view, the problem can be broken down into two distinct but related components:

The Strategic Effectiveness of Buying Drinks

In Hollywood classic films, men in nightclubs routinely send champagne to women they’ve got their eye on. Or, if they’re feeling emboldened, they’ll walk right up to her and ask if they can buy her a drink. It’s playful, and it’s definitely an invitation. It’s foreplay.

In 2022, men still follow the same script, but its effectiveness has worn thin.

1. Often a group of guys will send a round of drinks over to a group of girls, then approach in hopes of combining forces. This strategy is like buying a lottery ticket – a win is possible but very unlikely. From the guys’ perspective, it’s unclear which, if any, of the women are available or interested. And it’s unclear to the women who’s after whom. Who’s the target? Who’s the wing?

2. A guy may send a drink over to one particular girl, reading her response carefully to determine whether he has a shot. The question is: A shot at what?

Many women are wary of being singled out from afar in this way. They aren’t sure what the expectations are. Refusing a drink that’s already been prepared and delivered feels rude, but accepting it makes them feel obliged. If a woman looks up to identify the sender, and finds him attractive, how should she respond? What if she is not the least bit attracted to him? A girl practiced at accepting drinks from strangers may know how to play this moment expertly, but many women have no idea whether they are signaling thanks or an invitation to walk on over if they smile and wave.

A man who has sent the drink faces the risk of rejection, but his physical distance from his target mitigates his embarrassment. For many men, this is easier than a direct approach, but it’s also easier for a woman to turn down a guy from afar. He may well have no opportunity to charm her.

3. A man walks up to a woman in a bar and asks her if he can buy her a drink. If she accepts, he feels that she has indicated interest. Or at least he feels that she should be interested. He will be very annoyed if she accepts the drink and then turns her back to him. The woman accepting the drink figures the offer is unconditional, or should be. If a woman is definitely not interested, and wants to discourage any further conversation, she may say no thanks. Or she may take advantage of the guy, holding out the promise of a later reward while he pays for her drinks all night.

4. Sometimes a man will start buying a girl drinks with the express purpose of getting her drunk. His strategy is to deliberately obscure her good judgment in hopes that she will act impulsively and have sex with him. Of course, he may overshoot and find that he is holding her hair back while she pukes on the sidewalk at closing time.

5. Finally, there is the option of a man approaching a woman and introducing himself without offering to pay for a drink. Once the guy feels secure in her attraction, he may offer to refill her drink, or get her one when he gets another for himself.

The best overall strategy a man can follow is to approach a woman he finds attractive and introduce himself. He will have to display the necessary social skills to get her attention, but if she does indicate interest, he will know clearly that she has no ulterior motive and does not feel any sense of obligation due to his expenditure of resources. Once a rapport has been established, he may feel inclined to generously offer to buy her a drink, prolonging the interaction and signaling that he is willing to invest resources in getting to know her better. This is his call and is not required, though it may be effective in flattering his target.

One exception: When a woman finds a man attractive, and wants to make him aware of her presence, sending a drink over to him is a feisty and daring move. It is so unexpected, it is guaranteed to flatter the recipient, which is never a bad start. It’s a high-risk, low-cost move, otherwise known as What the Hell.

The Ethics of Buying and Accepting Drinks

1. Any drink sent to a woman without her advance knowledge is 100% unconditionally offered. As a man, you have no rights whatsoever in this scenario, nor should you have any expectations. A woman who accepts the drink and then refuses to even look your way may be rude, but she is not technically taking advantage of you. She did not invite you to approach her. She may even refuse the drink, which again, is reasonable.

2. Drinks sent to a group of women are unlikely to be refused – it is too difficult to ascertain the intent of the gesture and reach consensus on the spot. Again, this does not obligate the women to invite you over at all, much less spend the rest of the evening in your company.

3. If you approach a woman and offer to buy her a drink, and she accepts, you have the right to expect that at a minimum she will engage you in conversation. She should thank you and be receptive to whatever game you’re ready to spit at her. It’s your one shot, and if you blow it, don’t blame her. Essentially, her agreeing to accept a drink bought you an audition. That doesn’t mean you’re right for the part, and it doesn’t entitle you to anything.

4. Make your honorable intentions clear. A woman will feel nervous wondering what you want from her. Reassure her that you are interested in talking, period.

5. You are in no way obligated to offer to buy a woman anything. Indeed, as I’ve stated above, your best strategy is to hold off until you’ve got a sense that the attraction is mutual. Any woman who gives you grief for not plying her with drinks is a slush and should be considered unworthy of your attention.

6. If you are hitting it off with a girl, and offer to buy her a drink, and she accepts, you may feel encouraged, but you should not feel entitled to any specific reward. In fact, no amount of drinks entitles you to sex. If you want to get sex after dropping a couple of hundred dollars, there are more direct ways to achieve that.

7. If several guys are buying the same girl drinks, you are all being taken for a ride. A woman who is interested in one person will direct her focus and refuse the attention of other men.

8. NEVER buy a woman drinks with the express intent of getting her drunk. It’s beyond shady, and it proves that you can’t get laid by a woman in control of her faculties.

9. NEVER call a woman out angrily, calling her names, etc. If you believe you’ve been taken advantage of, walk away, and try a different strategy next time.

1. Accepting a drink from a man NEVER obligates you to:

It does obligate you to treat him with appreciation and respect.

2. If the drink has been sent over, you should seek eye contact, and thank him. When he approaches, you should be friendly regardless of your level of attraction to him. If you are not attracted to him, refrain from flirting or sending other encouraging signals.

3. Women often try to let guys down easy by telling them they’ve got a boyfriend. This is a good way to allow a man to save face. However, once you do that, you may not encourage another guy in front of him. Therefore, it’s best to say a simple “No, thank you” after a brief, friendly interaction. That way, you have done nothing misleading and can enjoy the rest of your evening without feeling awkward and guilty.

4. Never lead a guy on by allowing him to bankroll your tab for the evening. It’s selfish, rude and trashy. It gives all women a bad name.

5. Never accept a drink from a man when you are already engaged in talking to another man who is clearly interested. I’ve heard of women on dates accepting drinks from other men. Totally unacceptable!

6. Never accept a drink when you don’t want one. If you are interested, you can make that clear in ways other than accepting a drink you have no wish to consume. Don’t allow a well-intentioned guy to waste his hard-earned money.

7. Never accept a drink and pass it to a friend. I have heard of women who are driving accept the drink and give it away, a sort of present to a friend. This abuses the guy by diverting resources he wishes to spend on you to a woman he has shown no interest in.

8. Never penalize a man for not offering to buy you a drink right away. If on the other hand, a man goes to refill his own drink without offering to get you one, you may consider him cheap and stingy.

9. If you are interested in getting to know a guy who buys you a drink, it is appropriate and fair for you to offer to get the next round. This has the added benefit of letting him know clearly that you have no intention of taking advantage of him.

Signaling your attraction to someone by buying them a drink is an old-school, classy move. It remains one of the best ice-breakers for meeting new people in a public setting. As a device, it can be used effectively by both sexes. If both men and women adhere to the principles of decency and generosity, there’s no reason for anyone to feel demeaned or abused by the practice.

So get out there and take your shot. When you see someone out who you find really hot, don’t go home wondering “What if?” Introduce yourself, make eye contact, turn on the charm. And if a bit of alcohol lubricates the interaction, that’s OK, no matter who’s paying.

Why You Don’t Have A Boyfriend