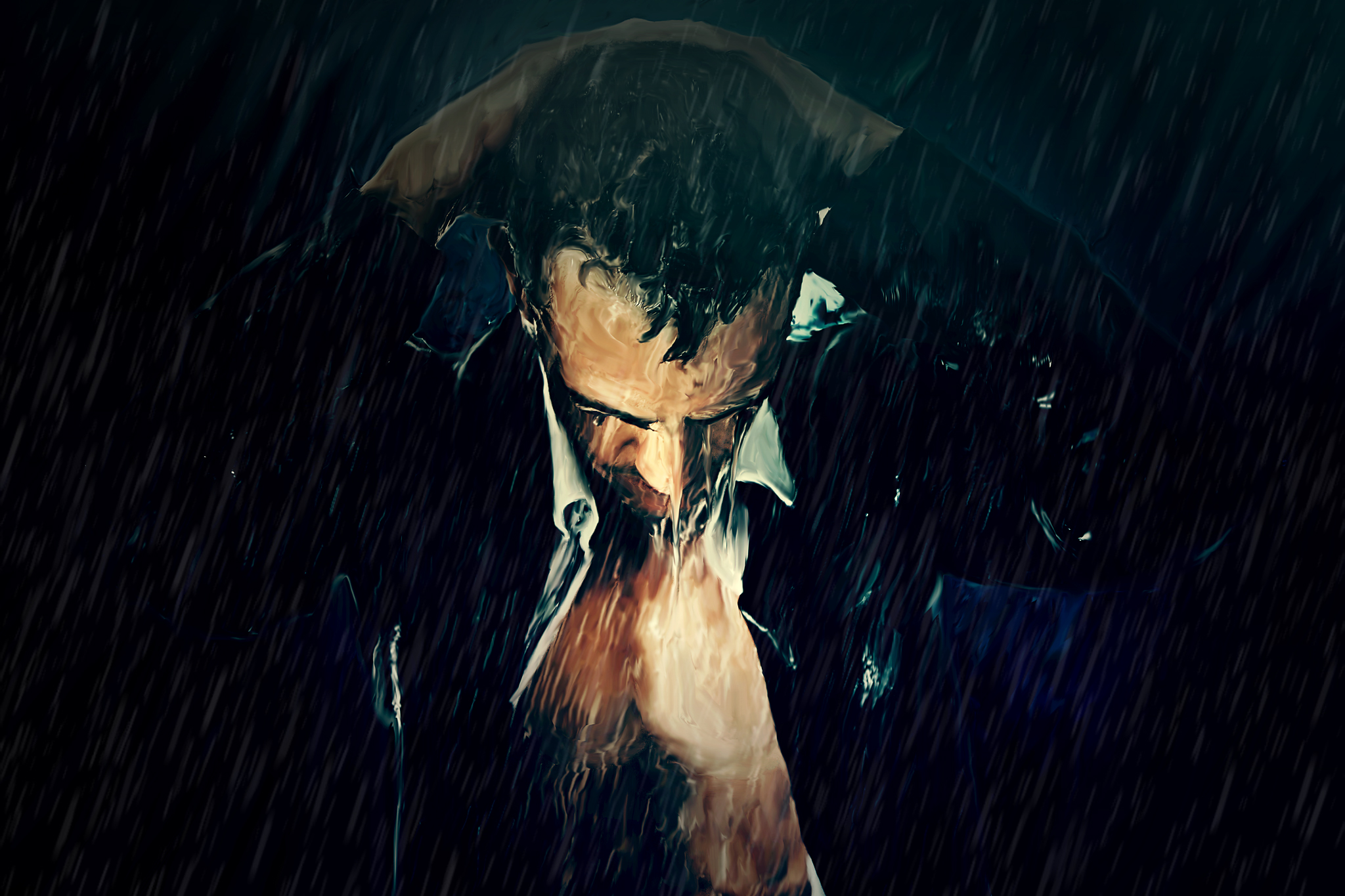 After we posted “The Secret Regrets of 20-something Women” from Kevin Hansen’s bestselling book, “Secret Regrets: What if you had a Second Chance?” we checked, and apparently guys do have a lot of regrets. So we went straight to the source: Hansen’s site includes regrets anonymously submitted from people of all ages, and all walks of life, from all over the world. We asked him, exactly what are 20-something men regretting? Turns out it’s a lot of the same stuff we do.

Below you’ll find a whole host of manly regrets. And if you ever doubted that men had real feelings, this will change your mind. Read on … you never know if one was written for you.

The Biggest Regrets of 20-Something Men

1. I regret never having the balls to tell you how I really felt about you. If I had of just told you. You would have told me you loved me too. But instead I had to find out from your best friend after your funeral. You were truly the most beautiful, amazing, smart person I have ever met. I miss you so much. The words I never said will haunt me until the day I die. — Male, 20

2. I regret that I spent the last 8 years feeling sorry for myself and living within my own fear and insecurities rather than being the man she needed me to be. Perhaps if I had opened my eyes sooner she’d never have loved him, and never would have to be in this place where we both admit she settled for me, because she couldn’t have him, and though I love her more than life, the returned emotion isn’t the same from her, and may never be, because I blew it a long time ago.
I only hope now that it isn’t too late and I can fix it. — Male, age unknown

3. I regret breaking up with you. The only reason I did it was because I was so convinced that you were going to leave me for him and I didn’t want that happening again. I thought it would be better to leave you before you could hurt me. It was stupid and selfish and cowardly. I get that now. We’ve been broken up for a year now. Nothing ever happened between you and him. I know I made a huge mistake. If I thought you would react positively, I would have started trying to get you back months ago. But I know you’d say no. I don’t blame you. But I’d do anything to be your boyfriend again. I messed up. I’m so sorry. I still love you. And the sad thing is, even if you do happen to see this, you’ll have no idea that it’s me writing about you. — Male, 22

4. I regret not being more of a man when I was 16. If I’d been stronger for her when she told me she was pregnant, then maybe she wouldn’t have taken the life of herself and our unborn child. Exactly ten years later, and I’ve sabotaged every relationship I’ve had since. I regret that I’ve hurt so many beautiful, sensitive women by being unable to make real the emotions I feign. I WANT the emotions, but I can’t have a future with anyone, because I can’t help but see her face and that of our daughter that never was. Lily would have been so pretty. — Male, 26

5. From the moment I saw you I knew I loved you. All I want is you for the rest of my life. My greatest hope and regret is just that. Because that’s not what you want. And it kills me everyday. But I can’t leave, I won’t leave. I would rather have random amazing moments with you only once in a while than not be with you. I know that there is someone out there that can make me happy all of the time but I want you…. just you. I regret that I’m not that person for you. — Male, 27

6. I regret the lie. I regret not coming to you and saying “I screwed up, let me try again.” like I should have. I wanted to make you proud, instead, I made you leave. — Male, 27

7. I was there when the doctor told you about the cancer. I held your hand as you cried and screamed, “I don’t want to die.” We shared more after that than ever. I loved the time we spent. I’ll never regret that … But I do regret running when it got bad. You didn’t know me. And it hurt. I regret practically living with my girlfriend whom you didn’t approve of. We’re apart now. I regret the day hospice came the most. Because I left the house and didn’t come back that night … And you didn’t live to see me the next day. I regret abandoning you in your final days. I miss you and love you Mom. — Male, 24

8. I don’t regret giving you a second chance in my life because I loved you from the first moment we met. Really, I just wanted a chance to be told in person that you did not love me anymore, you could have put me first for once, rather than being such a coward. I regret that I was so easily disposable to you and that’s what still hurts a year later. — Male, 27

9. I regret getting married. I hate to admit it or make her sound insignificant, but I settled for her. She was my first girlfriend and I assumed I would never find anyone else. Because I settled and married I knocked down the first domino in a series of regrets. Because I settled and married I ended up divorced. Because of the divorce I am in debt more than I was before. Because of being in debt I can’t afford to see my family as much as I want. I will always hate myself for making that mistake. — Male, age unknown

10. I wish that I could erase the memory that you were in love with my best friend while you were going out with me. I knew long before you even told me. Now we are so in love and we’ve totally worked through all of that but it still kills me. It eats me up inside. — Male, 25

11. I regret letting you go. I didn’t realize that you were the best thing I could hope for and that we were perfect for each other, and so I didn’t realize what I was letting go. Now I am afraid that I let go of the one person that I am supposed to be with, and that you will marry your boyfriend. That scares me to death. — Male, 20

13. I regret ever having doubted us. I regret I didn’t give you all of me. I regret coming from fear, when the whole time telling you not to. I regret I let you down. I regret I can’t stop writing you when I know I’ll never see a response. I regret not staying in school and giving up my goals to create a life with you when all it took was some fat ugly coworker to put us in question. I regret letting myself fall so madly in love with you. — Male, age 20

14. I regret that I let our past ruin our future. Everything about my life is perfect, with the exception of the emptiness that can only be filled by you. I thought I would stop thinking about you after a few months; it’s been over a year and I still think about you every single day. I dream about you more often than I care to admit. I would give anything to make things different. I regret that I can’t. More than anything, I regret that I took us for granted and that, now, I may never get to propose with the ring I bought you. — Male, 21

16. I regret the intense feeling of confusion I felt and continue to feel stemming from meeting the girl of my dreams while cheating on you. I feel confused because were it not for treating you badly, I would not be as happy as I am now, though if we hadn’t gone out in the first place, I would have so much to learn about the world and how relationships work. I cannot ask for forgiveness, and I cannot simply wish it away. I hope you are well. — Male, age 20

17. I regret that I can’t bring myself to tell you how I truly feel, out of fear I’ll lose you completely. I regret that it’s completely impossible for anyone to compare to you, and I may be alone forever because of it. I regret not expressing my feelings earlier, before we became so close, so I wouldn’t have to see you as a friend every day while endlessly longing for more. I regret that you don’t see yourself as the gorgeous, incredible woman you are – and that I didn’t have the balls to tell you exactly that, regardless of who may have been around. I do not, however, regret passing on the others that were interested in me. It wouldn’t have been fair, to them, to you, to me. You hold the only key to my heart already, I just wish I could find a way to tell you without risking the friendship we have. — Male, 24