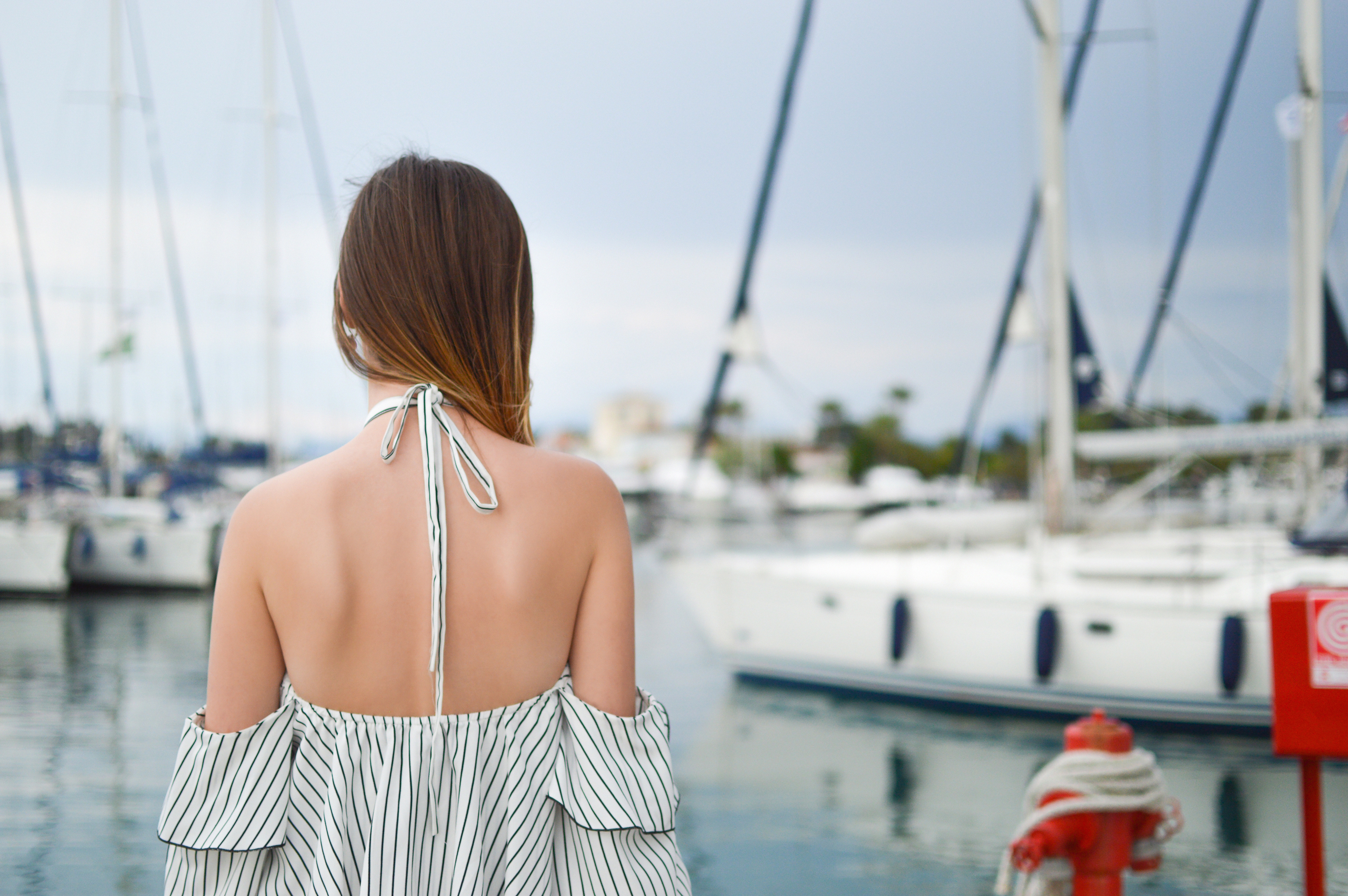 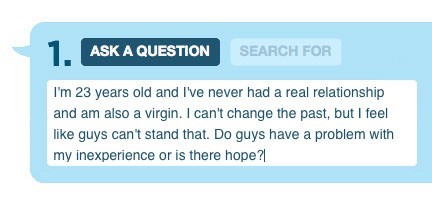 Alex and Emily debate the fate of a 20-something woman worried about scaring guys in bed. Why? At 23, her virginity is still very much intact, thank you very much. Will it make the first guy she beds go, whoa … or wow? And should she even care? Read on as a guy and a girl pop the cherry on her query.

Relax. I know 23 seems too old to still be hanging onto your V-card, but it really isn’t. You are not a freak. Everyone moves at their own pace. Who says you have to lose your virginity by the time you get out of high school, or even college? The “American Pie” movies?

Look at it this way: You haven’t met the right person yet. He wasn’t in high school or college, but he may be in your life right now, or he may be someone you meet tomorrow. You hit it on the head when you said you haven’t been in a real relationship yet. You should be focusing right now on finding a guy who respects and cares for you. At this point, there is no reason to throw away your virginity on a one-night stand. You didn’t lose it in a drunken haze to some douchenozzle in college. Be proud that you’ve held out for the right person.

Yes, some guys will be freaked out. They might not want the pressure of being your first and worry that you’ll get attached to them right away. But, really, a guy who would be freaked out by a 23-year-old virgin is probably immature and terrible in bed. Find a nice guy who isn’t a player, someone who is also maybe a little inexperienced, and you will be fine. Also, whether they want to admit it or not, there are a lot of 23-year-old male virgins out there. Not every guy in your age group is a sex-crazed manwhore — many guys in their early 20s are still fumbling around and learning. Find someone to fumble with.

if you aren’t finding any decent guys in your day-to-day life, try online dating. The real issue here is finding a nice guy who will stick around after your first time. When you find him, don’t tell him you’re a virgin right away. That could freak a guy out, because it shows you wear your virginity on your sleeve. It’s definitely TMI for a first date. It doesn’t sound like you’re waiting for marriage, so there is no reason to broadcast your virginity to a guy who you’re just getting to know. Get comfortable with him and tell him once you start getting intimate. Laugh it off.

Say, “Yeah, I just never met the right person. Whatever. It’ll happen when it happens.” If you have a relaxed, mature attitude about it, he’s less likely to get freaked and run the other way.

Before I say anything else, let me first say, my dear, that there is hope. It may seem to you that you’re in an embarrassing situation, when really, I imagine several of your more experienced girlfriends are jealous of you for not giving it up to the first guy who offered to take it. Your hesitation shows class and self-respect.

But since this isn’t an after-school special, I don’t want to spend all my time discussing how cool it is to wait to have sex. When you’re young and feel different from other people your age, it’s common to believe that guys will hate you for it. If you were extremely sexually experienced, you would probably be writing in to ask if there was hope in being a slut, because “guys can’t stand that.” See my point?

Instead of wondering whether or not guys will hate where you are on the sexually active continuum, imagine a world where men are totally fine with all levels of sexual experience, then ask yourself how you feel about being a virgin? We should be focusing on ourselves and our own level of enjoyment more than what guys are thinking. After all, often guys aren’t thinking anything anyway.

My advice to you is to either figure out a place where you feel comfortably proud about your virginity, or to fake that feeling and develop a charming speech that you give to potential suitors. Don’t give the speech immediately, as spilling your secrets early on is a turnoff for everyone, but somewhere after the first make-out and the date after that, cheekily let him know that you’re different from other girls because you have something they don’t … Hint: If you seem embarrassed about revealing your secret, the guy will feel embarrassed too. He’s looking to you to see how to react.

Of course, he might freak out for half a second, but I’m willing to bet he’ll quickly return to his normal self, and if he keeps freaking out, then feel lucky that you have a built-in douche detector.

Sometimes girls don’t figure that out until well after they sleep with a guy.

Photo by Pete Bellis on Unsplash