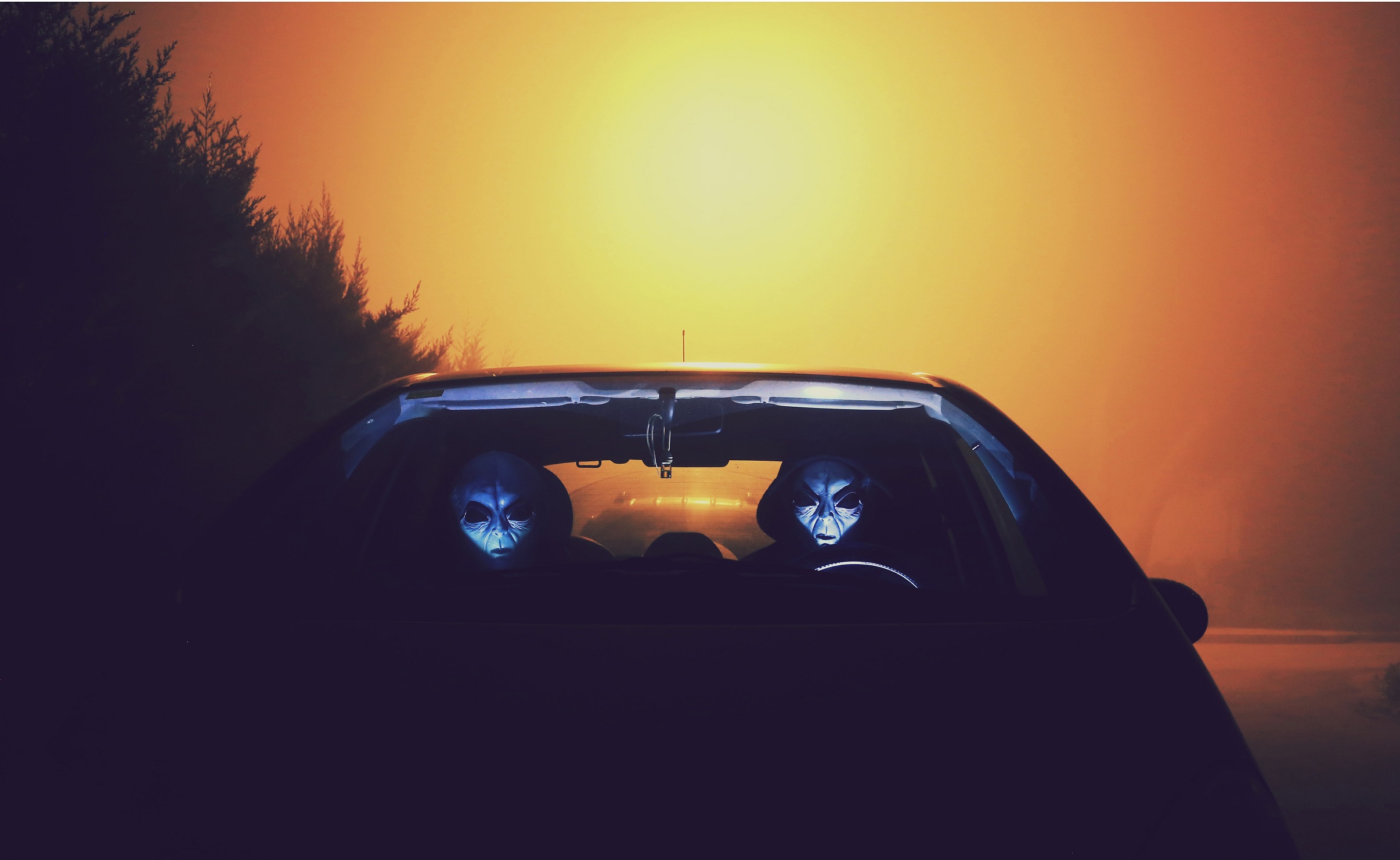 Jeff: An economics student at Warwickshire University in London has determined that it’s basically mathematically impossible to find a mate. Okay, that’s not technically what he calculated. According to PhD student Peter Brackus, chances are 100 times better of finding love than alien intelligence — in fact, that’s the title of the story in the UK Telegraph: “Humans 100 times more likely to find love than intelligent alien life.”

The article states that according to a little something called the Drake Equation (which I get nerd points for actually having heard of before), there’s only a 0.00000003% chance of communicating with an alien life form (via, I believe, deep-space radio). Mr. Brackus figures there’s a 0.0000034% chance that he can find Ms. Right, so about 100 times better odds.

Jeff: Close. That was Jim Backus.

Jeanette: Well, some of my old boyfriends were definitely more or less some sort of alien life forms. But this equation is just about women?

Jeff: Technically, it’s just about women whom he would consider to be suitable mates.

Jeanette: Just you wait! Since his equation is based on his own criteria, and parameters, there are bound to be a lot of variables that could alter that science.

Jeff: Well, his isn’t a blanket statement covering everyone, as the story’s headline would suggest, but I imagine a lot of people would fall into the same ballpark numbers-wise if they changed the variable values to fit their own tastes. And this is already by far the most science-word-heavy post we’ve done.

Jeanette: I don’t believe that finding “love” — or aliens, for that matter — can be reduced to a mathematical equation that easily.

Jeff: I agree. In fact, I’d advise against it.

Jeanette: Although I’m glad for his sake that he thinks love is slightly more likely than finding aliens. But really… we know love exists. Billions of people have experienced it. Whereas only a handful of people have had the thrill of being probed by aliens.

Jeanette: He just hasn’t met The Girl yet.

Jeff: Maybe he needs to spend less time doing The Math. It’s actually a pretty fun article, and the guy has a pretty good and self-deprecating sense of humor. Sorry, he’s English — humour.

Jeanette: Yes, I did get a good chuckle out of reading it. A definite Englishness to it all.

Jeff: The article presents and explains his full equation, and I have to give him credit for being thorough. So, what can he do to increase his odds of finding the right woman? Well, how about being profiled in a major newspaper? That can’t hurt.

Jeanette: Well, for starters, someone that self-deprecating probably has a touch of self-esteem issues. I would say he might lack a little self-confidence. But if someone is that humorous, and scientifically smart, there’s a girl out there for him. Even if he looks like Mr. Bean — I mean, shoot, Rowan Atkinson has a hottie for a wife.

Jeff: Guys who are rich and funny tend to have that happen. Will Ferrell? Not much to look at. But hot Swedish wife? Yeah.

Jeanette: Well, I suppose if you’re just funny and scientific, that might not be as good of a combo as funny and rich.

Jeff: Me? Homely as the day is long. But hot Swedish wife? Yeah.

Jeff: You know what Peter Brackus should try? The Internet. Why, there are dames galore on the Internet, some of them even real. If things really are as dire as he says, trying to start something up online would actually be a good way to improve his odds. The whole plus to dating site profiles is that you can quickly filter in or out your key likes or dislikes in a potential mate, to the extent that you can trust what’s stated in each person’s profile.

Jeanette: The thing is, I still truly also believe that love is sort of one of those chance things that can happen, but only if you go with the flow and let people around you gravitate toward you, or vice versa. I had all but given up on love before you and I met, because I was tired of trying to “make it happen.” Love just happens; you can’t make it come your way.

Jeff: And it’s something that often can build over time as you get to know someone, as opposed to meeting someone and just clicking right off the bat and having it be all fireworks and guitar solos (trying to launch a new metaphor here). He could very well meet a woman for the first time, have it be a complete disaster, and then later on they might fall madly in love. It happens, and I don’t think his equation accounts for it. So love is something so complicated, you can’t wrap an equation around it. Imagine that.