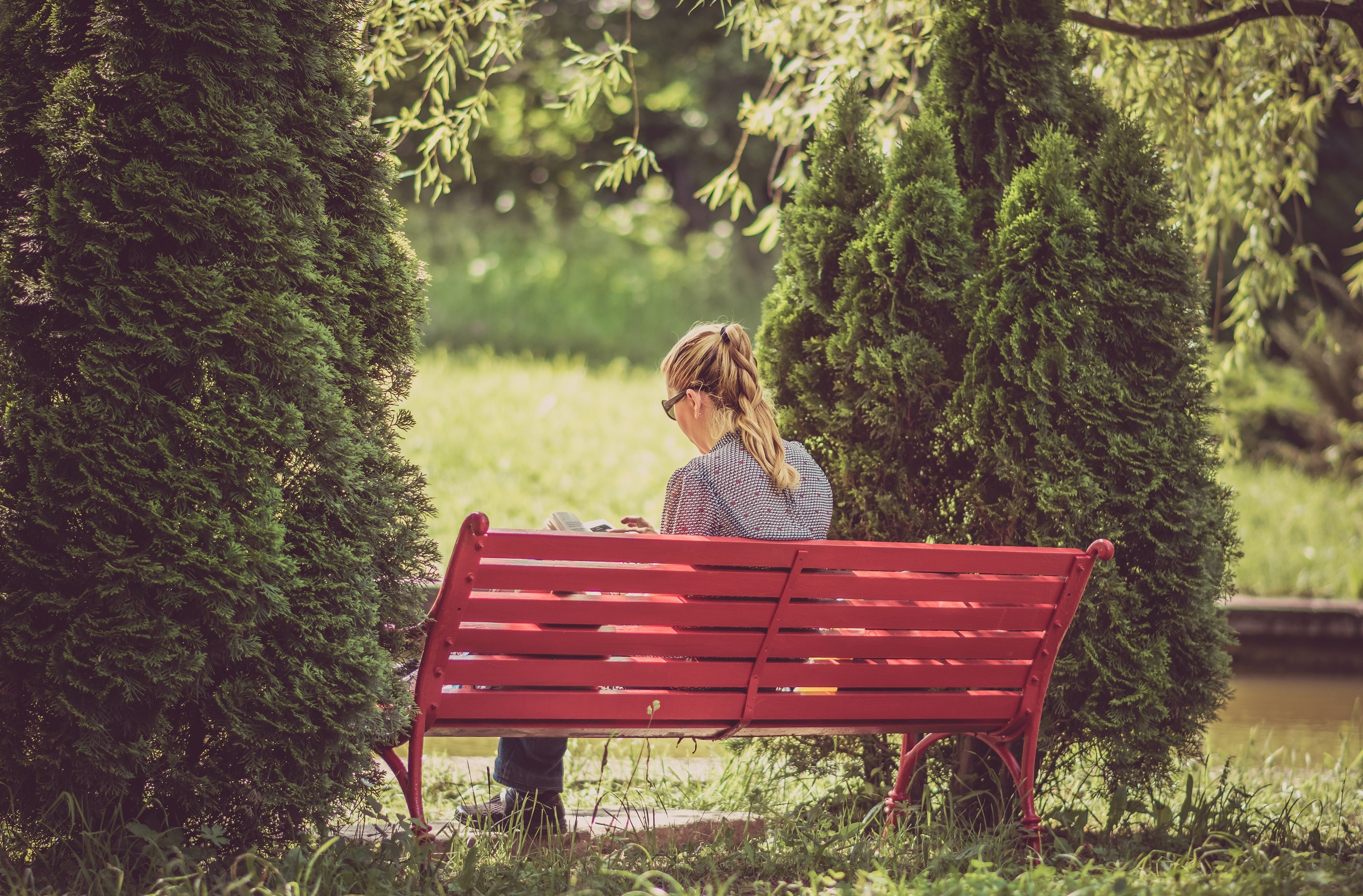 Dating, no matter if you’re a man or a woman, is an important human need. If this need is not fulfilled, the person feels an emotional void. This void, if unmet for too long, can cause a person to gradually lose confidence and self worth, and fall into a deep depression. When a person experiences success, it feels good to have someone to celebrate with. When they face failure, to have someone there to give them emotional support. Without this need, the human race would die out. We need to replicate in order to survive.

There’s a disturbing trend that I see all too frequently when I go out. How many times have you seen a lonely person sitting all alone with nobody to talk to? They have nobody to share and enjoy their life with. Or I will see a person sitting with their guy or girl friends asking the same questions that I hear all too often: “Why can’t I find a girlfriend/boyfriend? Aren’t there any good people out there to date anymore?” Of course family members will hound you to death, asking why you’re single. When are you going to start dating? Don’t you want to get married?

It doesn’t mean that because these people are single, they are bad or unworthy of finding love. They just don’t know what to do in order to find it. And most likely have a lot of bad habits that they not only picked up while growing up, but also from being single for too long. When a person is single for way too long, they have nobody there to tell them what kind of bad habits they have, so they never get corrected. Plus when a person never dates, they have nobody to improve themselves for. They usually get frustrated with being lonely and often give up all together. Single people can be their own worse enemy. But it’s never too late to correct your bad habits and turn things around.

You Pre-Judge People Too Soon

How many times have you seen an attractive man/woman that you wanted to talk to, but talked yourself out of it because you assumed they wouldn’t be interested? This is something that people do all the time, mostly men. They will judge a person by how they are dressed or by their facial expressions. If a person isn’t smiling or has a serious look on their face, automatically they assume that person is either mad or doesn’t want to talk to anybody. The surprising fact is that most of the time the people who look the most unfriendly or unsocial are the nicest people you can ever meet. They might just be tired or having a bad day. Everybody enjoys a nice friendly chat, and if you can get them laughing and smiling and cheer them up, they will really appreciate it. So do them and yourself a favor: stop assuming what people are like before ever giving them a chance. Similar to pre-judging, you still make assumptions about people way before you even meet them. You always seem to find physical faults with yourself such as being too short, ugly, fat, etc. – and then assume everybody will see the same imperfections and not accept you for who you are. This is very self-destructive. Many people compare themselves to movie stars and models, and think they aren’t attractive if they don’t look like them. What most people don’t understand is that many models and movie stars get unhealthy operations such as liposuction, or follow unhealthy starvation diets in order to stay thin. What’s so sad is that everybody has something positive that they can contribute to this world. Whether it be singing, acting, curing diseases or eliminating world hunger. Until you start seeing all your positive qualities, nobody else will either. So stop putting yourself down and start realizing that everybody has faults. Nobody is perfect. In fact, most people are so worried about being accepted by others, too, that you could walk into a room dressed in a burlap sack and mouse ears and most people still wouldn’t even notice.

You Don’t Know How To Talk to Women This may seem like a no-brainer, but the sad truth is that many men don’t know how to break the ice when talking to women. Their minds freeze. Hearts start racing. Palms get sweaty. They know that they want to talk to a beautiful woman when they see her, but don’t have a clue as to what to say to her. Instead they go for the simplest approach and use some cheesy pick-up line that they read or heard somewhere. If you’re a guy and you find yourself in this situation, don’t panic. First realize that pick-up lines don’t work. Instead, talk about something unusual shes wearing or doing. And don’t ask a lot of questions that require a yes or no like it’s an interrogation. Talk about fun and positive things. Listen to what she has to say. And remember that it’s a man’s job to ask a women out on a date. If you don’t have the courage to ask her out, then you have no business looking for a date in the first place. One time when I was out eating lunch, there were two young women sitting in a nearby booth. They were talking about dating and what kind of men they are attracted to. One girl seemed down to earth, but the other one was just plain ridiculous. She expressed that she liked men with brown hair, blue eyes, had to be six foot four, have a six pack, well built, kind, considerate, charming, high-paying job, and the list went on and on. No wonder this young woman was single. She had a list so long, she’d even put Santa Claus to shame. It’s OK to know what you find attractive in another person and not ever settle for less than what you want. After all, none of us can help our personal preferences that turn us on. But when you set your standards way too high, you’re better off just planning for your retirement. Because by time you find someone, you just might be collecting your social security. Pick just a few qualities that you aren’t willing to compromise on when looking for another person, and be lenient on the rest.

Humans by nature are very social, but also creatures of habit and comfort. They like to go out with their friends, socialize, and have a good time. But here’s the problem. They usually cuddle up into a corner and only stick to their usual social circle of friends who they are already comfortable with. In order to meet new people and possibly find quality people to date, you have to have an open mind and expand your social circle. By talking to new people and making new friends, you can meet people who you may be interested in dating. Or they might know someone who might be your type. Otherwise, you can just keep doing what you’re doing already. And like they say, insanity is doing the same thing over and over and expecting to get different results each time. Don’t be insane!

If you’ve ever been to a club, you’d notice one obvious thing. Look around and you will notice that on one side of the club, men are lined up like Greek Soldiers ready to attack Troy. On the other? Women cuddled up like Spartan warriors defending themselves from Persian spears. Everybody is afraid to talk to each other. There’s nothing wrong with saying hello to another person and striking up a conversation. And just because you take a date, it doesn’t mean you are saying yes to sex. Even if you don’t go on a date, there’s always the possibility that you might make a best friend for life. The myth of men and women not being able to be just friends is untrue. I have one female friend that I’ve known for many years, and not once have we ever thought or talked about having sex. She’s practically a sister to me. So when you’re meeting a new person for the first time, don’t get ahead of yourself. A date is just a way of saying that you find the other person interesting and would like to get to know them better. You might go out to lunch or rock climbing. Find out what they like for hobbies. And what they are looking for when it comes to a relationship. And if things go well at the end of the date, maybe see each other again. In no way is it a promise that you will see each other again and definitely not a promise that you will have sex with them. Instead just enjoy meeting new people. Make new friends. And if you do go out on a date, remember that you don’t have to feel pressured to do anything that you don’t want to do. That includes sex. So have fun, because if dating isn’t fun, then why do it in the first place. Dating should enhance your life, not bring unnecessary stress.

You Don’t Know Where To Look Many people, mostly men, complain that they don’t know where to look to find quality people to date. Or they grumble about not being into the bar scene, but don’t know of any other place to look. It may be true that a bar might contain the highest concentration of single people in one location, but it’s not the only place that contains prospects. Look around, and you will see people everywhere you go. There are people at the grocery store. People at the bank. At the post office, you guessed it, people. In fact, these places can be better than going to a bar to look for possible dates because they’re a lot more quieter and private which will allow you to talk rather than scream over loud music. Or if you’re shy, away from prying eyes. Be social wherever you go, and don’t count the out the possibility of meeting a date just because it’s not a bar.

Dating can be brutal, especially if you haven’t been on a date in quite some time. But with a positive attitude, an open mind, and the realization that finding a date is like anything else in life – in that it requires hard work and dedication – it’s very possible that you can find the person of your dreams. But if you give up too soon, way before you even get started, how will you ever know if that person exists? The answer is, you won’t. So be positive, have confidence and above all, give yourself a chance. I promise that if you do, so will other people. And if other people can find true love and happiness, why can’t you? Because if they didn’t, you and other people wouldn’t even exist. We’d become extinct just like the dinosaurs. You don’t want that, do you? So good luck on finding a date and true love.

Are You Afraid Of Being Alone?

The Beauty of Being Alone