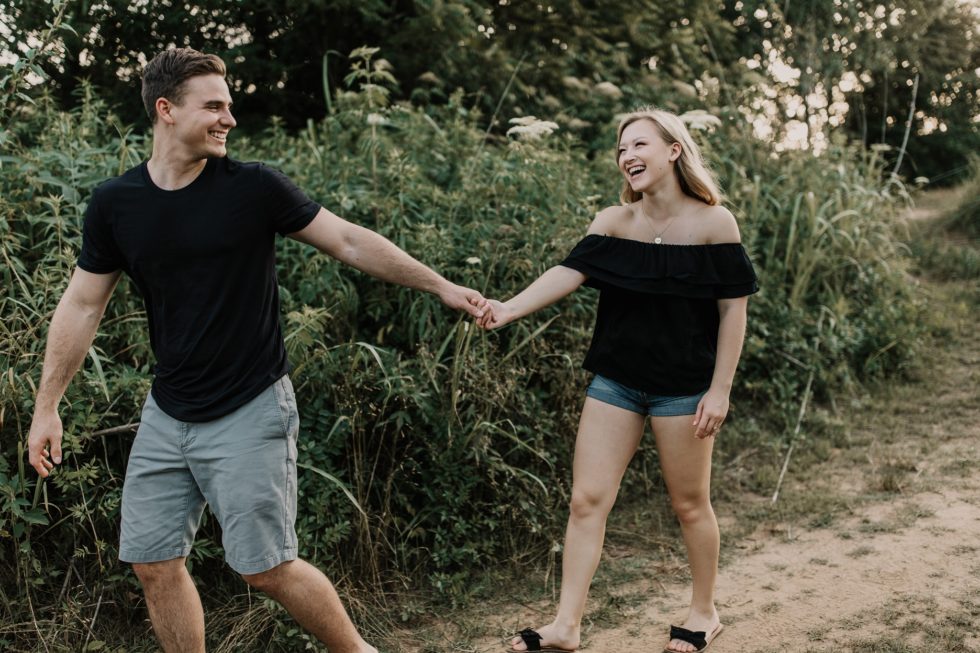 Maybe there are some people we are meant to love; some people that speak straight to your heart. Then again, maybe there are others that you build up in your head to be more than they, creating an illusion of love.

I think this is woman’s most fatal flaw; falling in love with potential. We romanticize men, adding qualities to them in our head until we really believe they possess them when in truth they don’t. Another one we are good for is falling in love with a man because we see in him who he could be but not who he currently is. You see the potential they have and know that if only they’d live up to it that, well, then they’d be amazing! They never do, do they? They resent us for pushing them and we spend our time wondering what happened to the man we thought we knew, when in reality…we made him up.

We take a man, who for all intents and purposes is a decent enough man, and out of the goodness of our hearts (or so we tell ourselves) want to see him be the best possible version of himself; a version that he doesn’t want or need. We turn into “that person” with their unwanted advice and self righteous judgment. We see what he could be…what he “should” be in our eyes. We have fallen in love with who we think he could be instead of who he is in the moment. Suddenly the guy you started off with, liking just fine, isn’t enough anymore. That dead end job, he’s better than that. His friends who haven’t quite matured yet…he really should stop hanging out with them and then he’ll have the motivation to leave it. Sound familiar?

Falling in Love With Potential: The Beginning of the End

We’ve all done it; don’t deny it. We’ve all fallen in love with somebody for who we thought they would/could/should be instead of who they are at that very moment. Don’t get me wrong, there are times when change, growth, and a bit of bending are essential to the evolution of a relationship and a person, but to be constantly judged on the merits of who you ‘could’ be is exhausting. You see a guy who’s all but perfect ‘if only’… It is those ‘if only’ thoughts that signal the beginning of the end. Those thoughts imply that the person isn’t good enough on their own, that you wish they’d change x, y, z about themselves and we all know that’s not fair.

Why You Do It

Maybe you meet the guy/gal when you are young with the expectation that one day they eventually spend more time on work goals than gaming. Or, maybe you were hoping that he’d eventually bore of working in retail and then 5 years later he’s still selling people sweaters by day and gaming until 2am. Suddenly you are screaming at him day and night to get a real job, to get off his ass, and do something with himself. All the while he’s rolling his eyes, shutting you out, and calling you a nagging bitch. You mean well, right? You just want him to be the best version of himself, right?

What could be more soul crushing for the other person than realizing they aren’t good enough for your love as they are? Isn’t that all that we want out of love, to be loved for who we are? Yet there we are asking others to be more, do more, and change to suit our expectations. There is a limit between what is fair to ask for compromise on and asking somebody to change what is fundamentally them. Sure, you want what’s best for them, to see them succeed, but there is a difference between motivating, demanding, and tearing down. Supporting your loved one is essential and making them want to be a better person and encouraging them while they make changes is GREAT. What’s not great is demanding they change.

Why It Will NEVER Work

You are asking somebody to change who they are when they are perfectly happy with who they are. More to the point they’ve never claimed to be anything but who they are, it’s you who made these goals and aspirations for them in your head; not them. They never wanted to change. They are happy the way they are. They may change in short bursts, heck they may even attempt long term changes to keep you around and happy, but resentment will build. Falling in love with potential is YOUR problem, not theirs. They’ve always been them, you’re the one who thinks they should be more. They’re happy with the way their life is.

Get over it or move on. Asking your significant other to change isn’t fair and it isn’t right. It isn’t their fault you fell in love with who you think they should be instead of who they are. If you can’t resign yourself to the person they are right now, if you are constantly looking for ways they could improve, do yourselves both a favor and walk the hell away. Once away, stay away. Then take a long look at yourself and decide if you’re so perfect you have room to judge like that. Everyone has flaws, room to improve, and character cracks…and I’m sure you’d hate being asked to change who you are. We all just want to be loved for who we are…so return the favor.

Have you ever fallen in love with somebody’s potential? We want to hear about it.