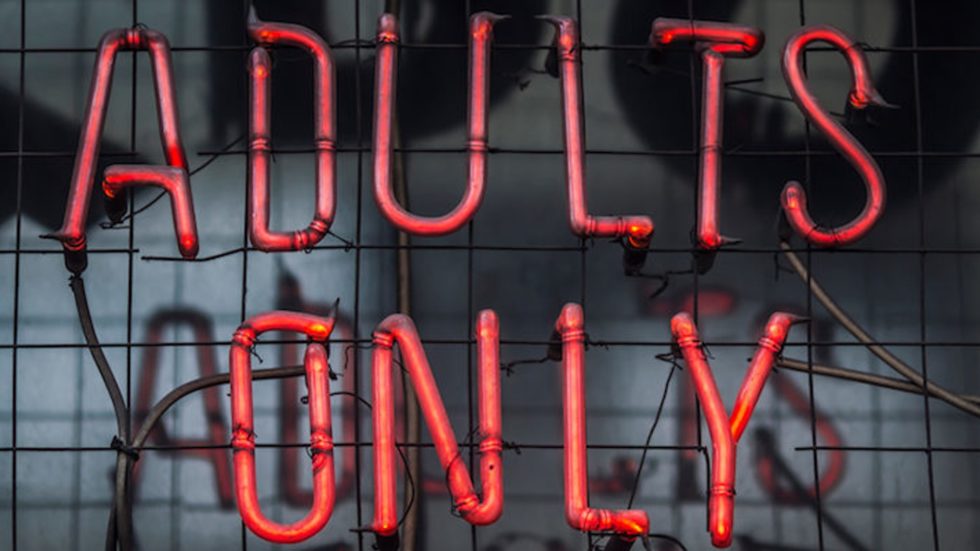 The whole guy and his girl hitting a strip joint together thing is perplexing. How did it happen? When did it start, and who was at the forefront? Was it a scene in a bad Ryan Reynolds rom-com, before he became Deadpool? Why would any sane man want to do such a thing?

Sure, watching your girl get a lap dance can be sexy. For, like, a minute. And “Pour Some Sugar On Me” is at least three minutes long.

Here are just a few reasons to reconsider your grand plans.

You’re setting a dangerous precedent. The strip club at at one time was an escape from all things “relationship,” but you’ve now conveyed to your lady that no place is off limits. It’s the equivalent of inviting the neighborhood cutie up into the treehouse you and your boys have deemed the “He-Man Woman Hater’s Club,” complete with slingshots and soapbox cars.

Did You Just Request TLC?

Did “Waterfalls” really just come on in the place where you’ve been enjoying watching sexy-ass dancers take it all off to GNR, Def Leppard and AC/DC? What craziness is this? Oh, it’s just your girlfriend requesting some awful music as your rock ’n’ roll naked lady getaway. Nice job.

Your girl may think she knows what she’s getting into, but all she’s seen are toned-down strip club scenes movies. The next thing you know, she’s totally disgusted by the club, you and your friends, and your next get-together is awkward AF. Awesome.

Your Boys Hate It

Did you ever stop to think about them? You might be able to cut loose, but maybe they’re now crippled by your lady’s presence. Or, worse, they feel even crappier about their own relationships because their girlfriend would never be “so cool.” You really opened a can of worms, Junior.

It Actually Catches On

On the flip side, your night at your crew’s fave strip joint could go so swimmingly, the other guys decide to bring their girls too. Now it’s couples night. Everywhere you look there is a guy, his girl and glasses of friggin’ white wine. You’ve given Jake’s Den of Iniquity a complete overhaul. It’ll probably be called Jake’s Cool Couple Cafe in no time.

So you whisked her into the inner sanctum, the belly of the beast. Now she’d like to return the favor. Are you ready for her book club, where her gal pals swill merlot and swoon over Nicholas Sparks? Your Fight Club suggestion will be promptly shot down, by the way. Or maybe it’s paint night or even Stitch ’n’ Bitch, a hella cool concept where women who like to knit gather and knit together and, you know, complain. Have fun with that one, buddy!