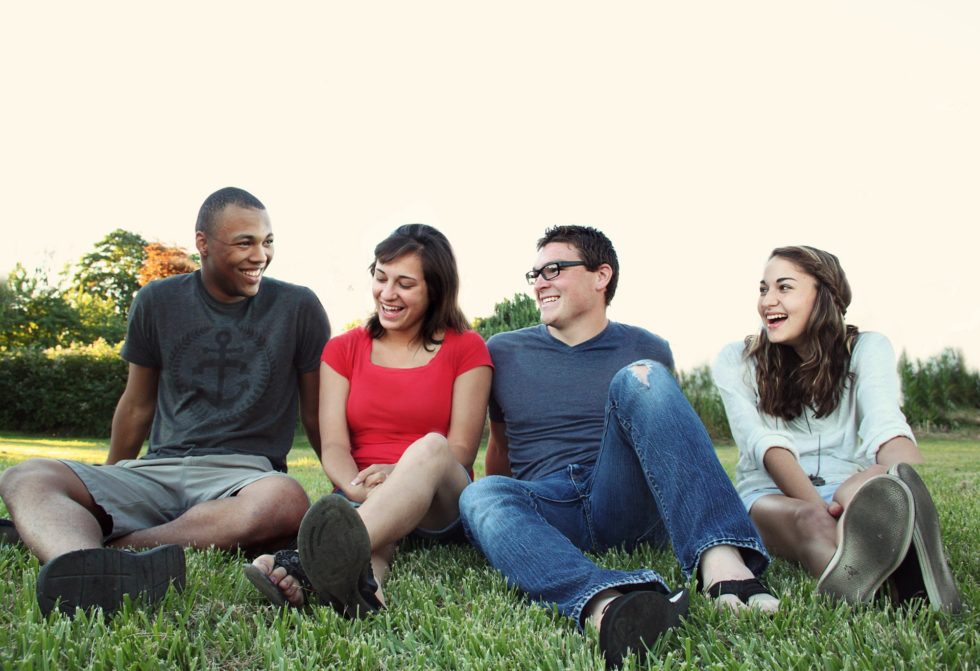 W hile many a young gent may see the double date as “safe,” or even simply the smarter way to go, should things not click for one half (or one quarter, really), disaster awaits. And yet, in the hands of deft wooers and pursuers, it can be a thing of beauty to witness. As long as you steer clear of the following…

The movie double date is now for first-time parents and seniors, period. It’s a puzzle best assembled by couples who’ve been together ages, double all the time and, quite frankly, are on the brink of totally washing their hands of romance.

Hitting On Your Pal’s Date

The flirting will be inevitable. Those tried-and-true “We should switch” and “I should be with yours” jokes—even the ladies will make a few. Know when to stop, though. And, for Pete’s sake, should you come to the realization that you actually are with the wrong one, or simply prefer the other, that’s a conversation for you and your friend to have. Privately. Don’t just go for it, moron.

Bros in Front, Ladies in the Rear

Are you forcing two strangers together, two women you’re hoping will click, as you’re at ease with your best bud? That’s great! But it doesn’t mean they need to be stuck in the back seat of a vehicle, while you two are cranking Foo Fighters in the front and talking about The Walking Dead. You can get there eventually, but let them decide if they genuinely like each other first, rather than forcing them to prematurely decide they don’t.

Going to the Movies

What is this, 1985? The movie double date is now for first-time parents and seniors, period. Why would you do it anyway? The chaos when selecting seats, conversations over each other’s heads and of course the potential pitfalls of simply picking a flick all four of you will appreciate. It’s a puzzle best assembled by couples who’ve been together ages, double all the time and, quite frankly, are on the brink of totally washing their hands of romance.

The double-date is tricky enough in the first place—why make a person (or two) feel that much more on the periphery by playing Remember When? Shouting out catchphrases that only one out of four can catch is a surefire way for a young lady to suddenly get a headache and need to get home early. And let’s also forget reminiscing about the last time the two of you went on a double date, no matter how genuinely hilarious a tale it might be. The ladies don’t wanna be regaled with tag team tales. You’re players, we get it.

C’mon, brutha. There’s only two of ‘em, and one is on your arm for the night. If you can’t come up with some way to remember twonames, thereby calling each of these ladies by the correct one, and especially not swapping their names out, it might be best to take yourself off the scene altogether for a while. Or, at the very least, let your buddy—who isgetting it right—fly solo from now on.

That’s right: Don’t hold back. If your boy doesn’t know his way around a dance floor, don’t let that prevent youfrom getting out there—especially if you do. If he’s not about a game of pool or a karaoke challenge, yet these are the areas in which you shine, you gotta leave him be. Point is, you still have to be youon a date—even if it’s a double one. And also, maybe reevaluate why you’re friends with this guy in the first place.

Picking Up the Whole Tab

You’re in this thing together, squiring these ladies around town and hopefully showing them a good time. Just one of you picking up the whole tab? No good. Best case, you’re very successful and generous and your friend is comfy in his own skin—but he’ll still come off looking Joey Tribiani pathetic. Worst case, you just come off looking like a show off. Just split it 50-50 and let the romance roll on.