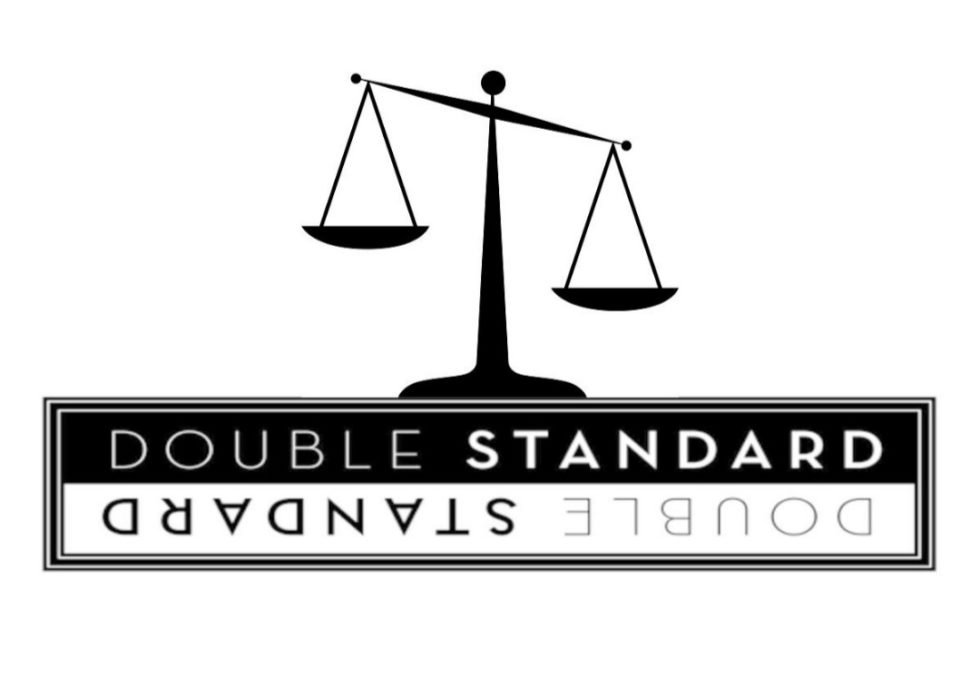 The double standard: another universally accepted truth with no backing whatsoever. Everyone complains about it, yet we remain oblivious to how much we contribute. This article will dissect and beat the crap out of tired, old, double standards. It’s the year 2019 and it’s time we’re made aware of how ridiculous we are.

2.Teasing vs. Leading on:

It’s sexy when a girl plays hard to get, right? She gives your imagination room to roam, teasing you with what MAY be. But if a man does it, he’s the bastard leading you on, giving you false hope.
Get with it: Women can, and often do, lead men on. All the while, the poor chap is trying to follow some advice he saw on Dr. Phil, to get you to stick around and not bone his best friend.

If a guy suggests you take the relationship to the next step, it’s romantic – he’s REALLY ready! If a girl comes over with baked banana bread and hints at it, she’s crazy – I need my space, bitch!
Get with it: It’s something you BOTH need to be ready for. And truth be told, it should never be proposed – by either sex- out of the blue. Set a date, long ways down, and give each other time to prepare. If suggested too early, it doesn’t matter if you’re a man or a woman; you’re crazy.

4. Hooking up with the same sex:

Girls making out at a party is SO HOT, right? If guys do it, they’re gay. Women are allowed to experiment, men aren’t. It’s okay for a woman to be bisexual, but a man is just “a gay” who hasn’t figured it out yet.
Get with it: This is just stupid. Everyone is entitled to experiment and decide their own sexual orientation.

A woman on top is a bitch who either lives at home with 5 cats or is in a sexless, miserable marriage. She also got to her position by pleasing every man along the way, who obviously allowed her to move forward. A man in such power, earned it. He’s idolized by everyone below him, making him the ideal image of success.
Get with it: That’s a whole lot of blow jobs that poor woman would have had to endure. In fact, if every one is so “pleased” by her performance, why are they still bitching about having to take orders from her? Didn’t she blow you?

It’s all about the reputation: Slut Vs. Player Debate

This double standard, without explanation, deserves it’s own section. It’s the ONLY age old debate you hear over games of beer pong as well as on Oprah. But do you ever wonder WHY it just won’t die down?

The answer is simple: we all support it. If a woman hears of another woman being promiscuous, she’ll consider her a slut. If a man hears of a woman being promiscuous, he’ll high five his bro friends and consider her a sure thing. If a man is promiscuous, his bro friends will high five him and bow down to his cock. If a woman hears about a man being promiscuous, SOME MAY TURN AWAY, but others will still be attracted. Why? Because there’s gotta be something amazeballs about his balls, right? (This is obviously most often a subconscious thought)..
Get with it: Times are changing. While we have made SOME progress at acknowledging a woman’s sexual curiousity as a healthy trait, we’re still conditioned to believe she’s handing it out for reasons other than her own pleasure. But the reality is, we are the same species. We, as humans, have a sexual appetite; orgasms feel good and it boosts our egos when others wanna shag us.

Are YOU tired of the double standard? Then stop perpetuating it. It’s our only hope. Don’t pretend you don’t look away if 2 guys go at it in public. Stop acting like you don’t secretly wonder what a female boss REALLY had to do to get to where she is…