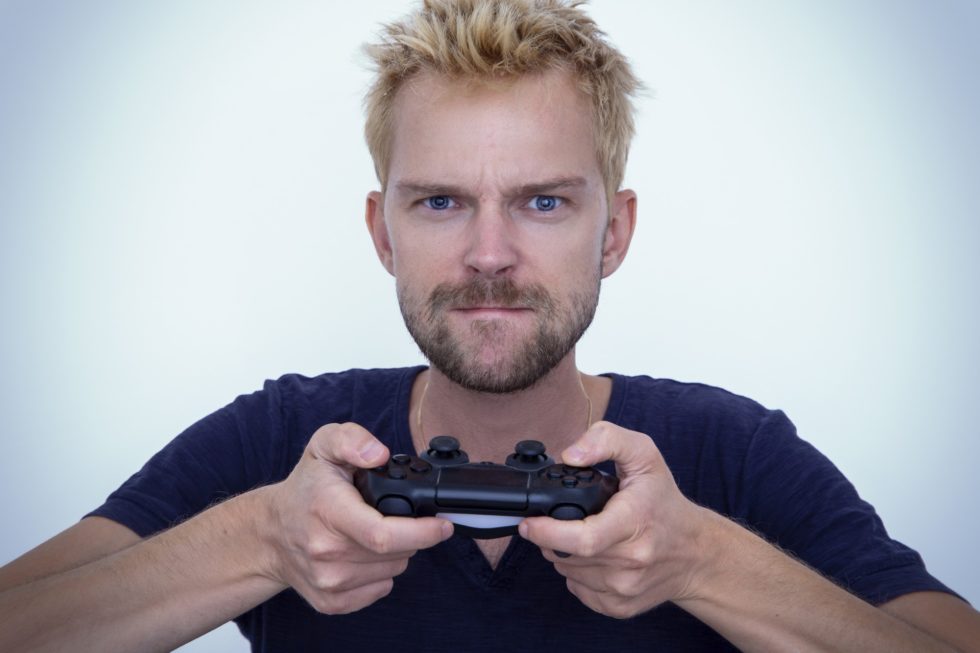 We’ve all been there, in a relationship with a guy who’d rather play Wii with your kid brother than make out with you. Your first instinct is to ask yourself “What’s wrong with me?” There’s nothing wrong with you. It’s just that he’s too immature for you.

They say that men mature slower than women. We’ve all met the guy in this 30s who acts goofy, says stupid things, and behaves insensitively, and it’s a complete turn off for a woman who is looking for a serious relationship. Women want a confident, reassuring man, which is often why women are attracted to older men.

If you’re still in boyfriend/girlfriend status and are ready for something serious, it’s time to weed out the boys from the men. Don’t know the signs? For all you women in your 30’s who don’t want to squander precious time with a guy who’s not willing to commit, here are my top seven clues he’s too immature:

If he’s finished college, over 30, and still works as a lifeguard in the summer and ski patrol in the winter, is a bartender at TGI Fridays, or works a salesclerk at The Gap, he’s not taking his life seriously and neither should you. This is a sign of someone who is lazy and lacking ambition. If you’re in the market for a marriage-minded man, you need to listen to your mother and find a nice doctor, lawyer or hell… even an investment banker would be better than that!

A mature, confident man won’t live with his parents unless his house burns down. If he’s still living with mommy, he’s either emotionally immature, emotionally unstable, or a serial killer. The movie Psycho with Anthony Perkins comes to mind. If he’s not ready to leave the nest, he’s not ready to build a new nest with you. He’s the bird with the broken wing and never soar with the eagles. If he can’t provide for himself, he sure as hell can’t provide for you and a baby.

3. He plans dates with his guy friends on a Friday night

A guy with a solid group of friends is a guy who has a sense of loyalty. This is a good quality. But, if the boys always come first and the bromance is too strong, there’s no room for a woman. He may be a good guy, but he’s not a man. When he’s ready for a serious relationship, he’ll put you before his buddies.

Don’t waste your time with a guy who thinks spending an evening playing with his wii or xbox is cool. The only box he should be playing with is yours, and if he can’t make you go wii then what’s the point! Playing video games or dressing up and going to Comi-Con means it’s likely going to be a while before he grows up, if ever. No girl wants a Peter Pan.

5. He’s ready for kids but not marriage

Guys who think they can be fathers before they can be husbands are kidding themselves. They should start by getting a puppy. Or a goldfish. Commitment issues are a huge sign of immaturity. If he’s unable to make decisions and follow-through, do you really thing he’s going to be there for you when things get tough?

6. He thinks it’s okay to get into a bar brawl

Every woman wants to know that her man can defend her, but she doesn’t want to see him kick the crap out of some guy who gets in his face when they’re out for a few beer. Fighting is juvenile and a grown man has too much to lose by getting into a bar fight. Do you really want to date a guy who could spend a night in jail because someone spilt his beer?

If your boyfriend parties like he’s in college, smokes pot every day and would rather stay out late partying than come home and have sex with you, this is not a good sign. Throw him back in the pond and keep fishing.

Have any more clues you want to add? Feel free to comment.