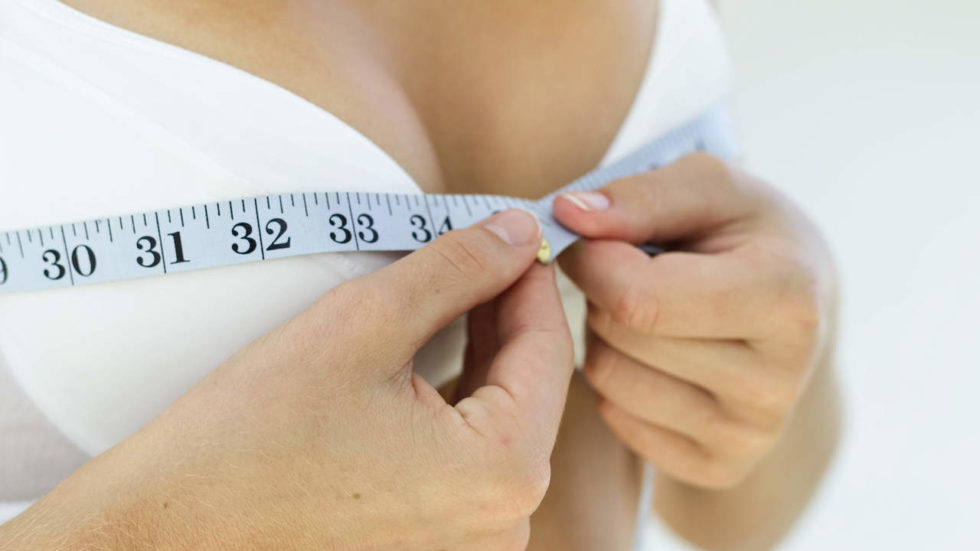 32-A: It’s an ID indelibly etched in my mind, a number/letter classification system describing the size of my breasts. “What are you?” a woman asks her friend when discussing boob size. “I’m a 36-C” the friend proudly responds, as though her identity is defined by the girth of her chest.

There’s no doubt that in recent times breast size and self-image have become inextricably linked. Far too often, it’s the gals with small breasts who have disdain for the size of their bosom. It’s not uncommon to hear them comment that they’ve considered or are considering plastic surgery.

Perhaps I’m in the minority, but I’ve always been comfortable with my small set of ta-tas; in fact, I love them. If you ask some well-endowed women, they will tell you that a small rack is a blessing: I should count my lucky nips I don’t have to contend with a pair of enormous hooters, they say. Some mosquito-biters, however, are convinced they’re DNA misfits; they simply can’t stand the way they look. They stuff. They pad. They look to surgeons to help assuage their insecurities, to turn them into Baywatch babes. Though I try not to judge those who go the augmentation route (well, that’s not entirely true: I happen to think the artificial ravine separating Tory Spelling’s bombs looks terrible), I’ve never been able to fully grasp the psyche of a saline-seeker and can’t help but wonder why so many itty-bitty-tittied women aren’t fulfilled until they are, quite literally, filled – with a bag of goo.

I am proud to represent fellow A-cuppers everywhere. Not only that, but I would like to offer up a few reasons why I feel my lovely, little lollipops are a breast above the rest. 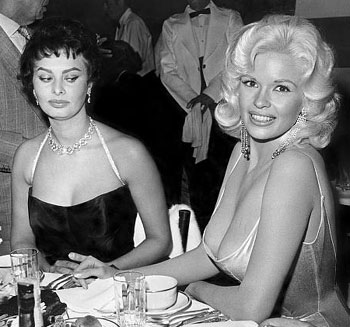 It’s not that I dislike big mondos (in fact, I admire great looking cleavage), nor am I adamantly opposed to those who go the cosmetic route; after all, there are many women for whom plastic surgery is a real God-send, especially those who’ve undergone the harrowing ordeal of mastectomies. But I’ve begun to grow weary of the constant pity-party comments of females who wish they had bigger bon-bons, of ladies never being satisfied with their bodies, of the continuous images of Hollywood women who replace their lovely As and Bs with balloon-like Cs and Ds. The culture may choose to glorify a large chest, to teach us that naturally voluptuous women are the DNA-victors or that beauty can be found through artificial means, but it is up to women alone to push past the blitz of distractions and learn to embrace the tits we’ve been dealt.

I want all women to celebrate their bodies, to think long and hard before deciding to surgically alter themselves. To all my fellow A-cup brethren out there who are considering the knife, let what I have written marinate a bit before making your decision. And if the aforementioned reasons don’t convince you, Google “Tori Spelling’s boobs” – the images alone should be enough to scare you straight.