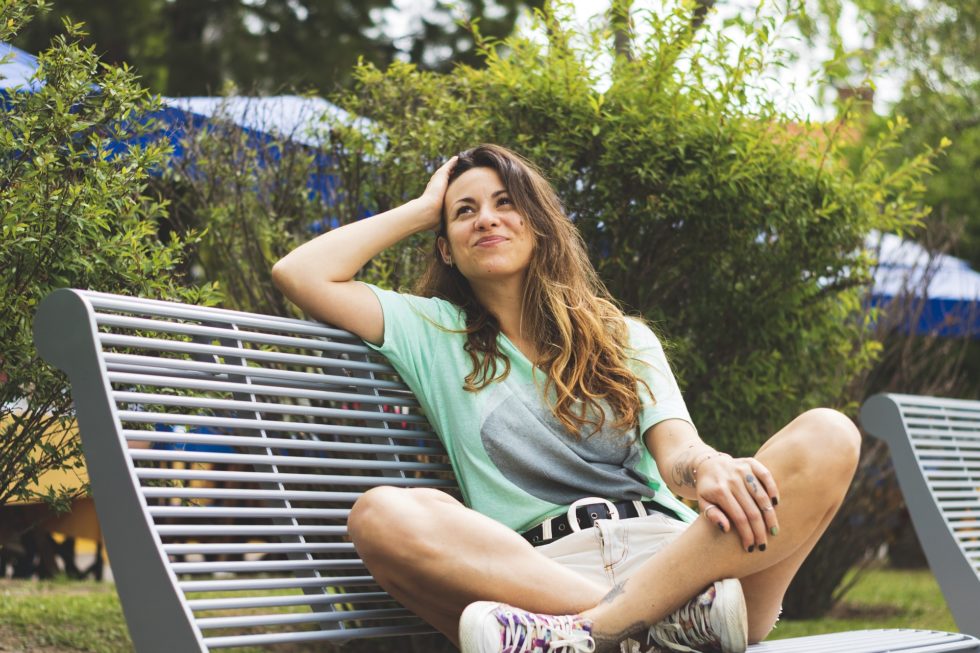 Feminism is not a dirty word and never should be. Sadly, for many the idea of feminism is synonymous with man-hating, bra-burning or mustache growing. Feminism is about equality between men and women and sadly this equality is not always existent. There is still misogyny and prejudice; women are being denied basic rights like education and choice. Women are still helpless and vulnerable to exploitation, trafficking and rape. We live in a world where girls and women are victims of ‘gendercide,’ ‘slut-shaming’, ‘bride burnings’ and ‘honour killings’, because of their gender and its supposed inferiority. We live in a culture which shames victims of rape and in a state where women are afraid to walk their city streets alone. Feminism is not radical–it’s a necessary need for women. It’s a basic concept, which teaches women that they are enough, capable and valued. Feminism is the basic concept, which encourages, voices and empowers women to aim high, be themselves and not be ruled by patriarchy.

In a world with such injustice, we see a beacon of hope with examples like the brave Pakistani girl Malala who was shot in the head during her pursuit of education. We see it when Australian PM Julia Gillard publically stood up to renowned misogynist Tony Abbot in parliament and when a blunt female artists like Madonna can become the most-awarded artist of the 20th century.

To say feminism is no longer essential is a lie. Here are some of my twitter friends from around the world explaining why they need feminism:

Perspectives on Why We Need Feminism

“I’ve been a feminist for as long as I can remember. Having a strong mother and a father who constantly reminded me that I could do anything, was the perfect environment to foster a budding feminist–whether they knew it or not. Feminism for me is about equality, it’s about equal opportunity. I come from town in New South Wales, Australia, which heavily relies on the coal mining industry. On more than one occasion I’ve heard someone say, “But women don’t want to do the tough jobs like going down the mines.”  Errrr, no buddy. Firstly, yes there are women who want to be miners. Secondly, how is it so readily accepted that women should or can’t be miners? This is the 21st century; miners don’t head down the mine with just a pick axe and shovel. If you think women are too stupid to understand mining equipment you’re a fool. If you think women can’t be as strong as men, you’re an even bigger fool! All that aside, the reason many women don’t want to be miners is because we are socially conditioned early on to believe there are jobs for men, and jobs for women. We CAN be anything we want, as long as it’s a ladies job. Well here’s the thing guys, I know women who work in typically male industries and they kick ass! I am woman, and I’ll do what I want. Thank you very much!” –Edie-Louise, Newcastle Australia

“Feminism–I like this word. I think it’d be dressed in a light pink sundress and rock kooky sunglasses if it were a person. I think feminism is fun and the word is your BFF, because it encourages you to find and maximize your inner girly-ness with no shame. Well, personally I try to distance myself from a too politicized and exaggerated notion of feminism. Being a feminist can’t mean hating on men or blindly seeking a utopian gender-equality. I actually like that there is a difference, we stick together and own our flaws and quirks. Of course everyone should acknowledge the importance of past feminist movements for they allowed us to be who we are today. But, honestly, to me feminism is waking up earlier to straighten your hair or put a little make-up on that sexy face. It’s embracing your ohmaigawd-emotions and fangirling-feels. It’s catching up on TV shows or reading HelloGiggles on lazy weekends Sundays. It’s treating yourself to an entire mani-pedi day, Gossip Girl or Disney marathon. I think feminism ultimately means being feminine and not giving a crap about irrelevant opinions. And that, fellow gigglers, is being an awesome, strong, confident and powerful female. BAM.” -Barbara, Portugal

“To me, feminism is about being free. It is about being independent without worrying of the way it goes against traditional societal norms, whether it involves dressing the way I want, or going to see a movie on my own and not being judged, or not being subjected to rude “jokes” along the lines of “woman get in the kitchen and make me a sandwich” at work, at school, on the subway etc. I grew up in a post-Soviet era Ukraine, which means that religiously conservative patriarchal-style views were all around me. Educated in Canada, I have been able to explore this concept of freedom, although it baffles me as to how many people (a lot of the time women), do not understand or generally accept feminism as a pursuit valuable to their existence as a human being. To this day, I keep in touch with my Ukrainian friends, and am shocked about how novel many of the “western progressive” ideas about gender equality or female independence appear to them. The fact that I work at a part time job, while attending a highly competitive program at one of the country’s best universities, and plan on having some kind of a stable career while at the same time saving up and travelling alone–is simply inconceivable. My message is this: embrace the choices in front of you. You can be whoever you want to be. There is nothing wrong with wanting to stay at home and raise your kids while decorating your backyard for picnics and baking chocolate chip cookies with your kids. There is nothing wrong with your husband cooking dinner and picking up the dry cleaning while you work on a report for work. There is nothing wrong with choosing not to have kids and having a happy life surrounded by friends, family and loved ones or working at your dream job 24/7 or travelling around the world for 5 years with Jose, your sexy yoga instructor. The point is that it is your choice. That’s what makes me feel empowered, knowing I have so many choices.”-Khrystyna, Canada