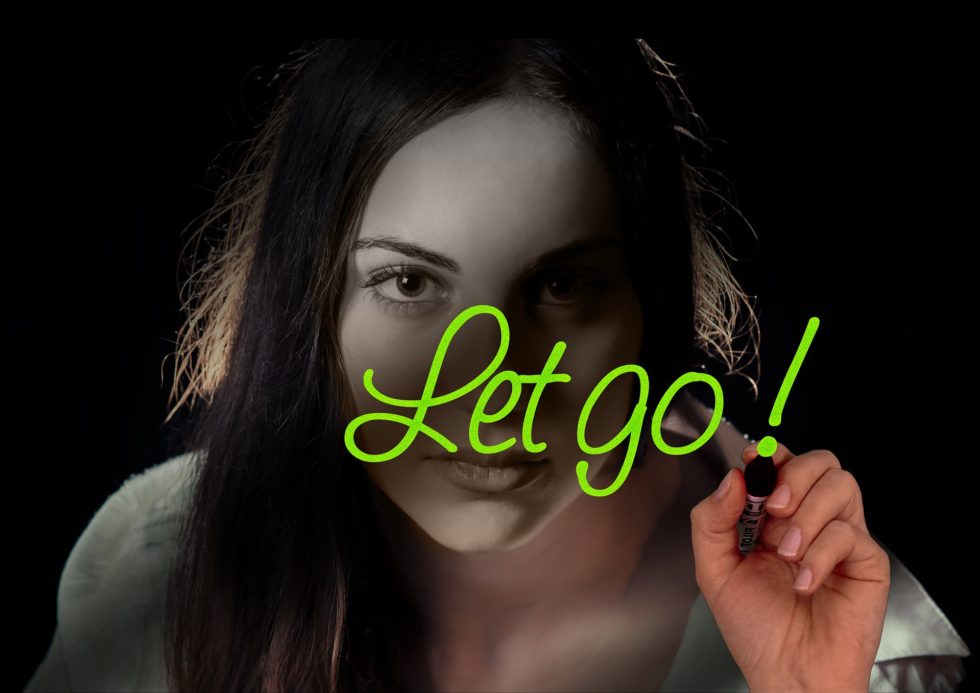 How may times has a simple mistake landed you in a raging argument with your spouse?

The cap left off the toothpaste is the classic example that pops readily to mind. I know it sounds cliché, but you would be shocked at how many people I have seen who have gotten into enormous arguments over problems this insignificant.

I have found that many married couples who are having problems find it difficult to let go of the small stuff. A phone left off the charger, the toilet seat left up in the middle of the night, or a few dishes left in the sink cause explosive arguments that push couples farther apart.

If this is happening in your marriage, it may be that the emotional environment in your marriage is already so charged that every little thing seems to take on a new and ominous meaning. If you are recovering from an affair for example, it may seem to you that when your husband leaves the toilet seat up in the middle of the night it’s just another sign of how thoughtless and insensitive he is.

In other cases when a couple has lived together for a long period of time, one or both partners might start to become overly critical of small, seemingly innocuous behaviors.

Over time, if you are not nurturing and honoring each other, and you continue to be critical of these behaviors in your partner, they can become full-fledged pet peeves that you feel you “simply can’t let go of.” You feel annoyed and put upon, so instead of handling the situation rationally you act defensive or snide, and then you’re into an argument before you even know what’s happened.

In still other cases, one person in the marriage may feel as though his or her spouse is behaving in a controlling manner. In order to retain a sense of independence and prove that your spouse isn’t always in control you may overreact to a simple request like putting the phone back on the charger when you are done with it, because you feel like it’s simply another way your partner is trying to manipulate and control you.

There are plenty of other ways small issues like these turn into major arguments as well. Be that as it may, the point here is that married people often end up in arguments about things that really don’t make a whole lot of difference one way or the other.

In fact, you might sometimes invite your partner into an argument about these issues. You may tilt your head in a certain way, use a particular tone of voice, scoff, mumble something under your breath, or use any number of other gestures that send your partner the message that you are “picking a fight” about something that, in a more rational moment, you both might agree is totally inane

I’m not pointing any fingers here. Almost every married person I know is guilty of this to some degree. And in some part it’s completely natural for married people to get into arguments about these small, day-to-day offenses.

But learning to let go of the small stuff will go a long way to making your life together more enjoyable and rewarding.

I know it may feel like you “just can’t let this go,” but in reality that isn’t an accurate perception. You are a human being, and no matter how strong your emotional response is to a particular issue, you do> have a choice about how you react.

It becomes more difficult to make this choice when you are not treating each other as the special person you chose to live your life with. If you are nurturing each other in other ways, it will make letting go of the small stuff that much easier.

When you feel like you are about to get into an argument about something small, or you sense that you are about to send your partner one of the invitations to argue I discussed above, take a time out. Ask yourself whether or not the issue you are so upset about is really worth the energy you are putting into it. Think about what your partner has done right or something your partner did to honor you and make you feel special.

Is the cap that has been left off the toothpaste really the end of the world? Is the toilet seat that has been left up really impinging on your ability to live a happy life? Do those dishes that have been left in the sink really annoy you that much?

Of course, I can’t answer these questions for you. Maybe you’ve asked your husband a thousand times to put the toilet seat down, and it really annoys you that he isn’t doing it. Or maybe your wife leaves a big pile of dishes in the sink every morning after breakfast that make the house stink by the end of the day, and it really upsets you.

If the issue is small enough, just let it go. Ask yourself whether or not it’s really worth the energy. If it’s not, let it go, and move on with your life. AND, do more good things for each other. This alone will save you from a lot of unnecessary arguments.

If you feel that the problem is a big enough issue for you to address, then I recommend you take your energy and focus it on having a meaningful dialogue about the issue instead of inviting your partner to argue.

Sit down with your partner, talk about it, and see if the two of you can work out a solution to the problem instead of getting into an unnecessary argument. Doing this is especially important for people who are already struggling to make their marriage work. If you are putting a lot of energy into repairing your relationship, you don’t have the energy to waste on arguments about small issues.

Instead, I would encourage you to focus on the larger picture of your relationship. Don’t let the emotionally charged atmosphere of your relationship compel you to blow small issues out of proportion. It’s unlikely that leaving the toilet seat up is an expression of your husband’s lack of sensitivity to you. It’s much more likely that it is a simple mistake. Lack of sensitivity may be a larger issue you need to discuss, but I suggest you talk about it without belittling such an important issue by focusing on something like the toilet seat.

Either address the mistake itself, or simply let it go. But try not to let these small problems lead you into additional arguments with your partner. When you do this, you run the risk of getting buried in the details and losing sight of the larger issues in your relationship.

All of us need to take the time to step back sometimes, get outside our own, narrow perspective, and look at things a little more objectively. Take the time to do this before you let something small turn into a divisive argument between you and your spouse.

Put more effort into helping your partner and doing things to make your partner feel special. These positive steps will also help you get over the small stuff.

It isn’t serving you or your marriage to hang onto these “small” problems. Letting go of them will almost certainly help your marriage more than a battle over them would anyway.

Let me know how it goes with you. I’d love to hear about your marriage. Post a comment to this blog by clicking the comment link below.