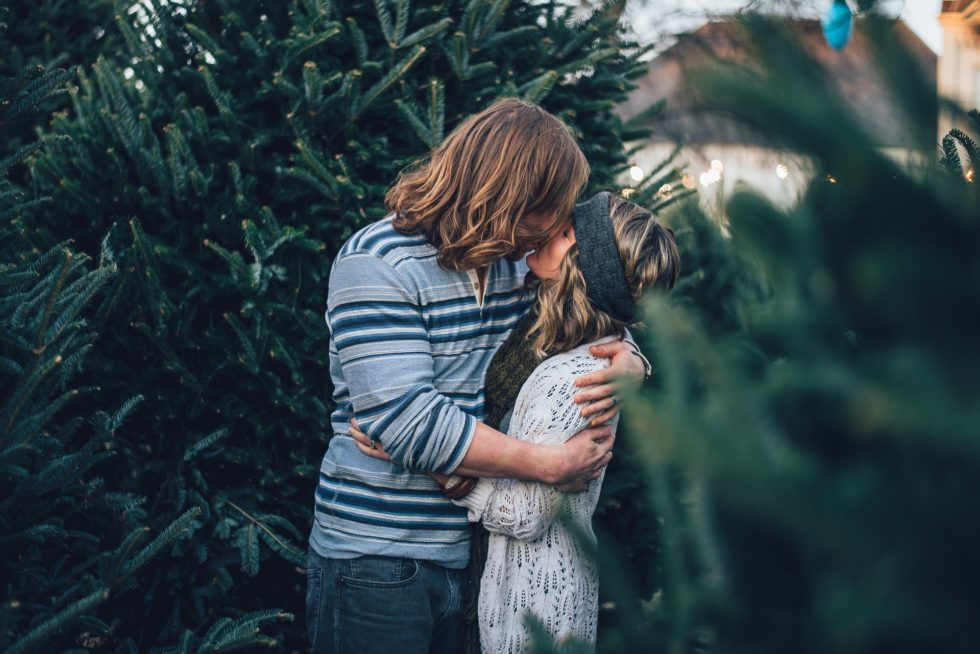 I mean, I met the guy of my dreams early in life, how lucky am I? — but as our relationship has progressed, I’ve noticed a few unexpected drawbacks that don’t affect couples who met later in life.

My boyfriend Nick and I met when we were in high school, but we didn’t start dating officially until college. Part of the reason for that was my extreme resistance to the idea of being labeled “high school sweethearts.” I knew I loved Nick within a few weeks of first meeting him, but the idea of our relationship falling under the HSS label was mortifying to me, especially coming from a small town where HSS marriages were something of a way of life. I wanted to move away and have a glamorous career; settling down with the boy who sat three desks down from me in computer science class was not part of my plan. Nick wanted to get serious right away, but I was so afraid of becoming a cliche that I enforced a strict, “We’re just friends” rule until the day after graduation, when I finally kissed him and said, “OK, let’s do this.” I believed this technicality (we were a whopping 24 hours past the high school sweetheart deadline!) would save us from a lifetime of HSS comments. Smooth, right?

Obviously I have no regrets about sticking with Nick — I mean, I met the guy of my dreams early in life, how lucky am I? — but as our relationship has progressed, I’ve noticed a few unexpected drawbacks that don’t affect couples who met later in life…

2. Your “song” is probably going to be kind if cringe-worthy. My friends who got together later in life get to enjoy having fallen in love to Radiohead or Bon Iver. Meanwhile, Nick and I are forever emotionally tied to “Hands Down” by Dashboard Confessional.

3. He will remember what you looked like during your “I only shop at thrift stores” phase. Forever and always he’ll have a mental image of you in a clingy velour sweater and used men’s Levi’s … before you plucked your eyebrows or knew how to manage your acne.

4. You will remember what he looked like when his mom cut his hair. The visual will pop into your head at the strangest moments, like when he’s brushing his teeth or taking out the trash. And every time he goes to the barber you will find yourself double-checking to make sure he’s not planning to revisit that style.

5. Things you said when you were a dumb 18-year-old are still brought up in daily conversation. That dumb catchphrase you were really into the summer after high school? Your boyfriend never forgot it, and therefore you never get to forget it.

6. People from back home will always see you as one person, not two separate people. Like it or not, your name will always have an “AND” before or after it.

7. You missed out on the whole “living alone” thing. Being in a serious relationship straight out of high school means that you probably shacked up together at a pretty young age, too. Besides one year in the dorms (with roommates) in college, I’ve always lived with Nick. Which means I missed out on all of this.

8. You have nothing to add when your friends are talking about dating horror stories. The vast majority of my friends have dated tons of guys and have some hilarious bad date anecdotes to prove it. I love sitting around the table at happy hour and listening to them recount their experiences with blind setups and online dating, but when it’s my turn to share, I’ve got nada.