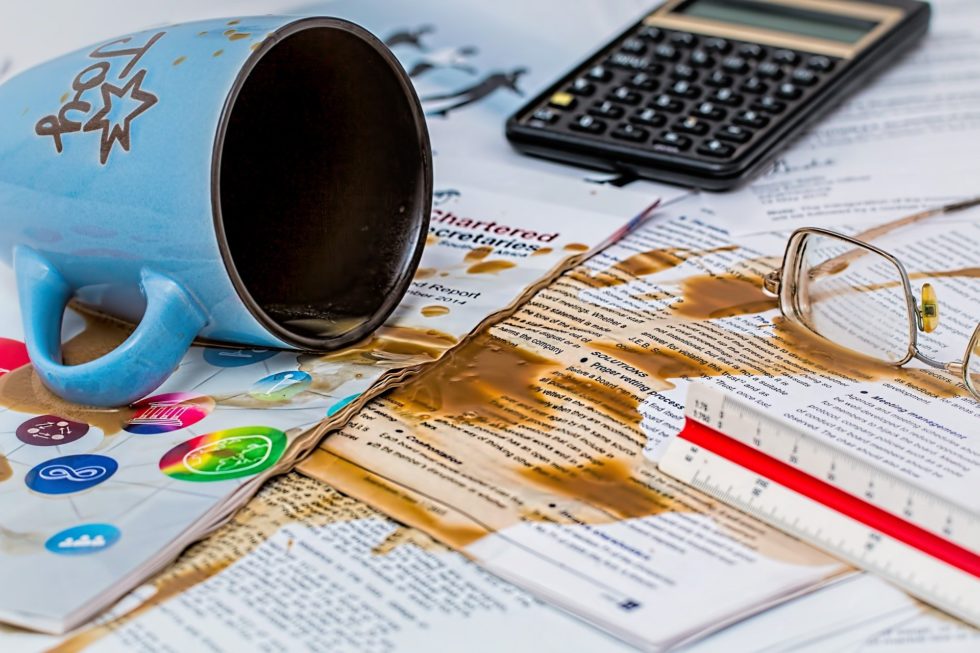 We screw up on a regular basis but somehow it seems to take us by surprise every single time. It feels like no matter how often we’ve been in a similar situation, we never get better at dealing with our flaws.

Maybe we were too lazy to file a report for work and now the whole project is messed up because no one knows what has been done, and the time frame is way off. Or maybe we really wanted to flirt with that cute guy at the bar, even at the cost of ignoring our friend who was puking on the sidewalk. Or maybe we screwed up in our relationship: it could be something simple like forgetting to bring him his favorite beer – the one thing he asked for – from our grocery trip, or something huge like cheating.

No matter the degree of chaos we created, the first thing that we feel after realizing that we made a mistake is panic. What do we do now? How can we make it up to the people we’ve hurt? What will everyone think of us? Though we know we’re not perfect, it overwhelms us that we were wrong.

How to Fix a Screw Up

Admit That You Screwed Up

The first thing you have to do is to tell everyone involved that you realize your mistake. It doesn’t matter if every person in your company already knows that someone stole expensive equipment because you forgot to lock the door, or if your significant other is totally in the dark about why you spent all this time with your colleague. You have to admit that you screwed up. Make it clear that you know it was your fault and mean it. If you mentally still put the blame on the intern or the seductive colleague than you will never get your freedom. You screwed up. It sucks but we all do it. Admit it. Sometimes a simple “You were right” is everything it takes to calm down the other person.

And don’t even think about keeping the scale on which you screwed up a secret. Ignoring your mistake and pretending that it never happened is not an option. Chances are that it will come back to you in some form, may it be in a big bang or in your dreams.

Let’s be honest, an apology can’t fix anything. The pieces you broke won’t magically stick back together because you told them that you’re sorry. It is even highly probable that the person you apologize to will tell you that his heart doesn’t heal because you said sorry or that you can stick your apology right up your ass.

But regardless of the apparent uselessness of an apology I guarantee that if you don’t apologize, you don’t even stand a chance of being forgiven. So no matter what they say, apologize.

Do What You Can to Fix It

Work overtime to get your project back on track. Stop by your friend’s place, the one you left cold-heartedly puking on the sidewalk, the next morning and bring her aspirin and soda. Clean your parent’s house trying to make up for the vase you broke. Be the nicest, most caring girlfriend ever who won’t even talk with her former affair anymore. If you really care about the relationships you have damaged than go out of your way to make things right. Make your victims see that you truly regret and that you’re willing to completely commit to setting things right. Show them you care.

But be careful. Sometimes people will use having been mistreated to control and manipulate you. If someone says that he forgives you but then keeps bringing it up every time you fight, he either hasn’t truly forgiven you or he found a way of using your guilt against you. You are a person who screwed up. That doesn’t mean that you are not worthy of happiness. If you find yourself in a place where you are exploited because of your mistake (or really because of anything) than you have the right to speak up and to demand being treated right no matter what you might have done earlier. Know the line between trying to fix a mistake and loosing yourself.

I know we wish that we could rewind time and that everything could be just the way it was. We don’t want to live in a state of not knowing if we will lose our job or our relationship. But the hard truth is that things will never get back to normal right away. Even if you admitted your mistake and apologized and moved mountains to make it up to them, what happened will linger in the air like bad smelling clothes which you forgot in the washing machine for a couple of days. People will need time to decide.

Nothing is worse than a person who after screwing up constantly begs “please forgive me!” or even worse keeps asking “are we okay?” This might be the time in which someone decides if he or she wants to keep you in their life and experiencing how annoying and impatient you are won’t shape their decision in your favor. So depending on how big you screwed up give it a couple of days, maybe even weeks, and ideally let them decide when it’s time to talk.

Know When to Accept the Consequences

Being forgiven is a tricky path. They might say they forgave you just to stop your begging and nagging but in reality have a stomach ache every time they look at you. Or maybe they tell you that they will never, ever forgive you but really just want you to fight for them. And I hear there are also rare cases of people who actually mean what they say; with whom “It’s okay” means it’s okay and “Go away” means you should definitely get out of there. Unfortunately the majority of people (yes, even of men) only say half of what they’re thinking and hope that you can guess the rest.

This is the final and most important step of dealing with your mistake. At some point, no matter how hard you fought or how many times you apologized, no matter if you were forgiven or not, you have to let it go. If you cling on to how big you screwed up it will haunt you for the rest of your life and will keep you from having healthy relationships or climbing up the career ladder. You have to stop thinking about you as this horrible person who doesn’t deserve to be happy. If you truly believe that, then change the way you treat others. If you don’t feel the need to change, then you’re probably okay.

So please, do whatever you have to do – burn old pictures, write in your diary, go to confession – but then let it go. You deserve to find happiness regardless of your flaws.

7 Things To Do Today To Become a Better Man

Get Your Whole Life Sorted