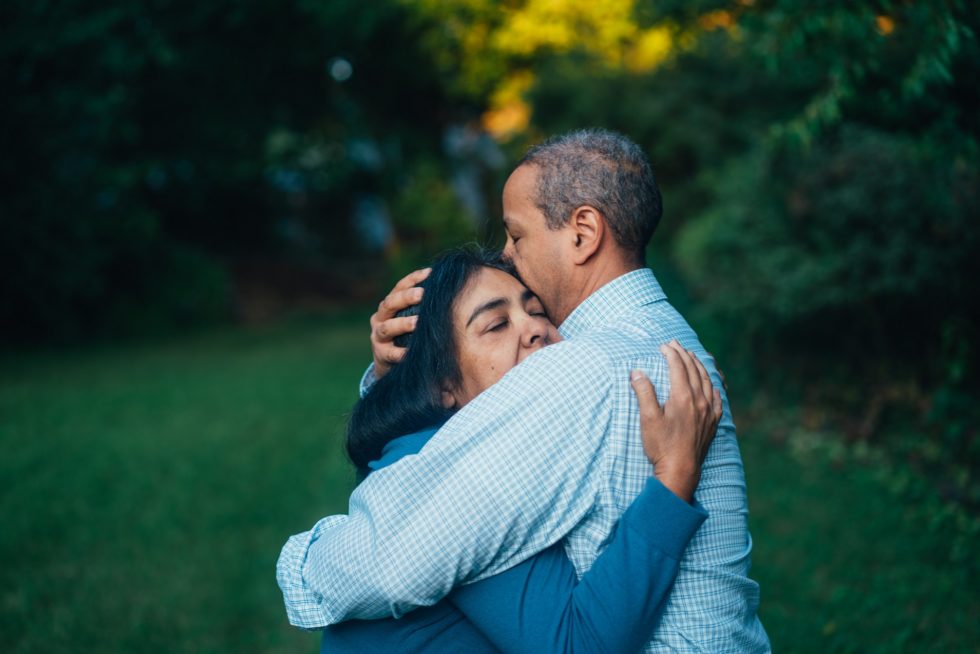 Has your spouse done something so horrendous that it has ripped your marriage apart and made you question the very foundation of your relationship?

Are you in a place right now where you are wondering whether or not you can ever forgive this offense and move on with your marriage?

Perhaps your partner has been regularly lying to you about your financial situation, and has put your family in jeopardy by doing so. Maybe he or she verbally attacked you one or more times, and you don’t feel like you can get past the awful words that were spoken.

Or maybe the worst has happened, and your spouse broke your marital vows, had an affair, and crushed you emotionally as a result.

In situations like these I find most people come to a point where they ask themselves: Can I ever forgive my spouse? Will I ever be able to open my heart to this person again, and move on with your relationship.

The question is a perfectly legitimate one, in no small part because the concept of forgiving is so complex.

What does it mean to forgive someone? Do you have to forget in order to forgive? And what if you can’t simply “forgive” your spouse and move on with your marriage? What does that mean about you and your relationship?

In this article I am going to explore answers to some of these questions, and will offer you an alternative definition of forgiveness-one that will show you a different path for moving forward with your marriage.

What Does it Mean to “Forgive”?

For a lot of people, the very concept of “forgiving” is overwhelming. I think this is largely due to the fact that in our culture there is a fairly specific definition for what it means to forgive. Unfortunately, for a lot of people this definition is unrealistic and nearly impossible to achieve.

I think for most people in our culture the idea of “forgiveness” is almost a holy act. It’s supposed to happen in a single moment; a moment of revelation where you open your heart to another person in an act of the purest, most selfless compassion and restore the
relationship to its former level.

For example, I once heard a story about a mother and father whose daughter was murdered. At some point after the terrible crime, this couple went to prison, met with their daughter’s killer, and forgave him.

To be perfectly honest with you, this is not a kind of forgiveness I understand.

In my experience the meaning of this forgiveness and the cultural support it receives from examples like the one I just noted sets up an unrealistic expectation for people who have suffered from a trauma inflicted by another person and are trying to move forward.

As a result, people often judge themselves when they can’t seem to forgive people who have hurt them the way the two parents in the example above were able to forgive their daughter’s murderer. They seem to feel like they are not as “good” as people like this.

But in my experience, forgiveness is a very complicated and personal subject. Everyone moves forward in different ways, especially when they are trying to reconcile with people who have hurt them.

It is especially complicated when the person who has hurt you is your spouse-the one person on Earth you are supposed to trust above and beyond anyone else.

Another example might help to make this point clear.

Let’s say Jeff and Sally have been happily married for many years or at least that’s what Sally thought. She has been going through her days thinking that her husband Jeff loves her and is completely faithful to her. They have children, and they have built what seems to be a beautiful life together. Sally thinks everything is wonderful.

Then one day Jeff comes home and drops a bomb on Sally.

He tells her that he has been having an affair for more than a year. He expresses regret. He cries. He even begs for Sally’s forgiveness. But Sally is emotionally crushed. The world she felt safe in has been torn apart, and the man she thought she knew has turned out to be a liar and a cheater.

In this situation is Sally simply supposed to “forgive” her husband? Is she supposed to have some experience where she realizes in the blink of an eye that she can open up to him again; that she can trust him again?

Imagine all of the questions this must raise for Sally. What if she forgives Jeff and he betrays her trust again? What if she exposes herself to more pain by doing this? And what if she simply can’t forget what has happened, and forgive him the way those magnanimous parents did in the story above? How is she supposed to move on with her marriage?

Over and over again, I see people who have this kind of experience, and I think the questions these people ask about forgiving are legitimate.

In fact, I think it can be detrimental for couples who have suffered through an affair and are trying to move forward with their marriage. The injured person thinks he or she is supposed to be able to “forgive” his or her spouse this way, and when that can’t happen the person feels stuck, and, in some cases, judges himself or herself harshly, complicating an already difficult situation.

When I work with clients I try to get them to move toward a different kind of forgiveness than the one typically promoted by our culture. This form of forgiveness is more practical. It requires work. And it focuses on the concept of acceptance. Let me explain what I mean.

Acceptance: An Alternative to Forgiveness

Acceptance is defined as the “willingness or ability to tolerate” some event in your life. This step-accepting that the terrible events that have happened in your marriage have in fact happened-is the first thing you need to do if you are going to move on with your relationship.

Let’s go back to the example of Jeff and Sally above. When Sally learned about Jeff’s affair, she was emotionally destroyed. She wanted to move forward and try to save her marriage, but she just couldn’t forgive Jeff for what he did.

Sally didn’t have to forgive Jeff at when she found out, because she wouldn’t feel it in her heart.

What Sally did have to do was accept the reality that Jeff had the affair and accept her feelings about the situation and about Jeff.

If Sally is able to do this, then she can move forward with her relationship (assuming of course Jeff is willing to put some real work into changing his character and repairing the breach in trust he created). Once Sally accepts what has happened and her feelings about it, the opportunity exists to heal the pain and create a better marriage.

In fact, acceptance is the first in a series of steps that ultimately have the power to move you toward forgiveness in a practical way. Forgiveness doesn’t have to come in a single revelatory moment. It can be the outcome of specific steps leading to recovery.

. Exploring your own feelings, and learning how to cope with and manage them more effectively
. Rebuilding the trust in your marriage
. Communicating your pain to your partner and acquiring an appropriate and complete apology
. Getting over images and obsessive thoughts about the event that created your pain

You can work through each of these steps in practical and effective ways.

If you work through each step properly, in time the overwhelming emotions that you are experiencing right now will move to the back of your mind. You won’t experience them nearly as much, and when you do they will be less intense. The feelings will start to fade as you rebuild your marriage and get over the pain that has been created.

At this point you will move toward forgiveness. It won’t happen in a single moment. Instead it will take time, energy, investment, a real commitment, and work. AND, a demonstration by your partner that he or she has made real changes. But it can happen.

This is a different kind of forgiving. It is one that is built on practical steps you can take to heal your relationship. It’s a style of forgiving that allows you to have your feelings and still move forward with your marriage. It’s a forgiving that happens more naturally as the emotions you have fade to the background and you move on with your life.

If you do the work you need to do to heal your relationship and make it better than ever you can experience this kind of forgiveness.

You will know in retrospect when it has happened. One day you will realize that your emotions and memories of the awful circumstances have moved to the back of your mind, and you will realize it is okay to move on again. These are the hallmarks of my definition of forgiveness.