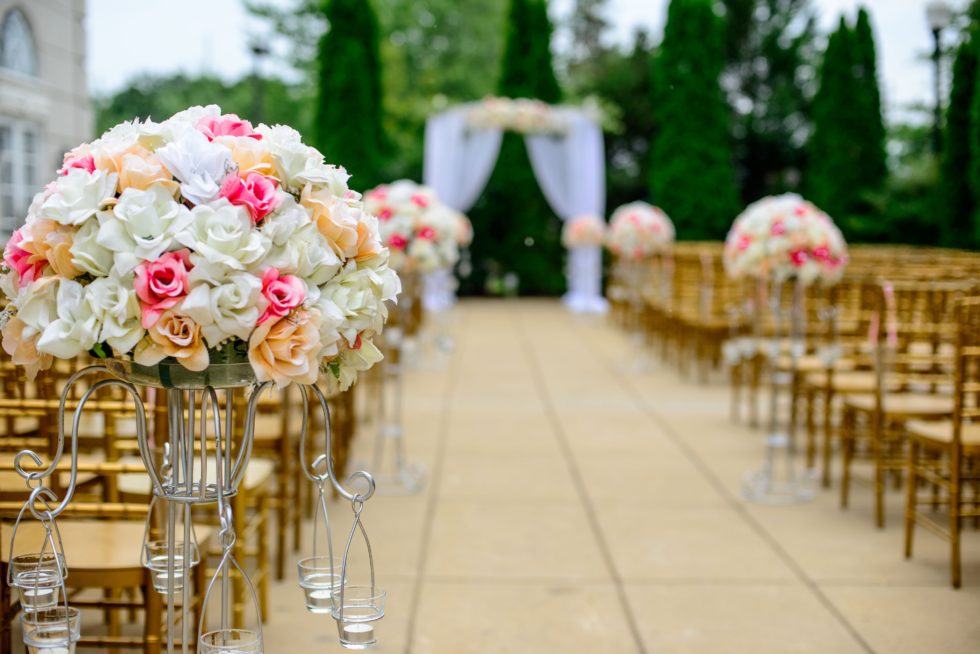 You’ve bitten the bullet and gotten hitched. Things are going along swimmingly. You never thought marriage would be so easy. You naive, naive man. Some marriages are pretty smooth, sure, but there will always be problems — and way more so than when you were just dating. Ultimately for your sanity, it’s how you deal with those problems. You can do so successfully — just first learn to recognize what the problem is.

This is, of course, the classic marriage problem. It could be that she — or you — spends too much on things you don’t need, like classic cars. Other issues can be a joint checking account or disagreements on how much money to put in savings. Arguments as mundane as how much money to give a niece for her 7th birthday has been know to be the beginning of the end for some couples. Money will at some point be an issue. Be ready to deal with it.

How to Fix It: Solving a money squabble is sometimes difficult because the issues are so varied. But you can apply something we like to call ‘compromise’ to the situation. We were all raised differently when it came to money issues. That’s why there are support groups for adults who’s dads drank away their college savings. You need to first recognize that you were both brought up with different schools of thought regarding cash. Then decide the best middle ground for the two of you. Yes, this means sitting down and discussing it like the adults you are pretending to be. If she wants to put $1,000 away in savings every month, but you want to spend $200 on video games, compromise on a reasonable alternative. Or go and get a job at a gaming store. You’ll get a nice employee discount.

Hanging with the Guys

This is the one area of freedom you want to hang on to: your posse. Just chilling with the boys and taking in a beer, or a game. Sadly, many wives do not prescribe to this particular thinking. Now that you said “I do”, she believes you would rather be sitting beside her on the couch every night watching Sex and the City reruns. The edited ones, at that. Sure, you want to spend time with her, you married her. You just need some R&R sometimes with your mates.

How to Fix It: You have to start by making sure you aren’t spending too much time with the guys. Two to three times a week is pushing it. Keep it in check — unless she is hanging out with her gal pals that many times, then it’s all good. You also need to make sure you have scheduled time and dates to be with her. This will show her that she comes first. For good measure, you should turn down a couple of invitations to go grab a beer with a friend. Do the turn down in front of her and then invite her to go somewhere with you. We guarantee the next time you want to go out, she’ll encourage you, too.

She’ll have more stuff than you, that’s for sure. And by ‘stuff’, we’re talking about little figurines, throw pillows placed randomly around the house, and baskets full of what looks like tree bark. Your stuff — no matter how much sentimental value it has — will be crap to her. The jersey you wore in 8th grade when you hit a free throw will now be stuffed in a closet far away from anyone’s sight. You’ll be lucky if it doesn’t end up in the trash. Forget hanging any of those beer clocks up, either. That’ll never fly.

How to Fix It: This marriage problem will not come out great for you, but you can make it a non-issue by your craftiness. You will, of course, continually be asked if you like her latest decoration, or how she arranged the bookshelf — which contains mostly women’s books about getting pregnant, for some reason. You will kindly nod and mumble your approval. Next, you want to show her your idea for your ‘man section’ of the house. A garage is ideal, because most chicks could care less about that forgotten room of the house. But if you do not have a garage, but have a room in the house that is not in use for anything other than storage or a spare bedroom, explain to her how you would like to design your ‘office’. Complete with your memrobilia, comic books, and a poster or two of Michael Jordan. If she balks, you insist that you just want a small section of the house to decorate on your own. Yes, use the word ‘decorate’. That’s one of the few words she understands.

Some guys are notorious for being jealous over nothing. But chicks are the worst when it comes to jealousy. Especially when they are wives. You may not be the catch you used to be, either. Maybe you’ve lost some hair and gained some weight, but if a semi-not-gross women laughs at your lame joke when you are at a bar with your wife and some friends, you have better believe your wife will punish you later for even telling the joke. As soon as you get in the car, you’ll start hearing about the slutty woman who kept eyeing you all night. God forbid one actually does eye you. You’re likely to get smothered by your wife in your sleep.

How to Fix It: You will never know when jealousy will rear its ugly head. It usually comes out of nowhere and you are blind sided by it. You’ll have to be sensitive and careful in order to not keep getting the brunt of the anger, so tread softly. Playing dumb to the situation will get you started. Then as your wife’s jealousy continues, pay her a compliment and toss off any thought of another woman. Yes, you may like the attention, and maybe you did notice it, but never admit to that. You’ll be sleeping on the couch for a week. And while you are out and about with the wifey, careful not to do anything to provoke attention from another woman. That’s a death sentence.

We all can’t always agree on what makes us laugh (you), cry (her), or dance (also, her). But we can usually find some sort of entertainment we agree on. Well, mostly. Okay, some of the time. Agreeing on a shared love of a certain movie or TV show or album is harder than it seems for some couples. A marriage problem that seems so simple to fix, but is actually pretty difficult. Just sitting in separate rooms watching different shows or going to the movie theater to watch different movies is not a good way to handle the situation. That just send signals you’d rather be apart.

How to Fix It: First, find the entertainment that you both do enjoy. It could be karaoke or bowling. It may be a certain TV show or the same actor on the big screen. This is your focus. Same with music you play around the house. If she listens to Celine Dion, divorce her. Just kidding (maybe). And she probably doesn’t like your Death Metal collection. Make a deal with her that she gets her crappy music when she has her headphones on or in her car. And you will do the same. She can watch “The Real Housewives of North Dakota” when you are not around and you will check out football while she is shopping. But when it comes to both of you sitting down, you’ll agree on a show you both like. When watching a movie, since the selection is limited, you may have to take turns choosing. That means for every romantic comedy you suffer through, you get just as many comedies.

In-Laws and Other Family Members

Seriously, does anyone like there in-laws? Or what about the crazy cousin that is in town and your wife invited her to stay with you guys for the month? Family members are the cause of many problems in marriage and it’s usually because your wife’s family is a bunch of backward morons. We can all get on board with that, right? This will be something you realized before you got married, but thought it would slowly disappear. It doesn’t. It only picks up steam like a vicious and overly-annoying hurricane.

How to Fix It: You can try speaking your mind to your lady about some of her family members. She will know the ones that are pretty awful to be around. Suggesting that they not spend a week at your house when there are other relatives they can stay with is a great start. When the in-laws are the subject of the matter, be careful. Some wives can be very sensitive about the way they were raised and who raised them. If her parents live in another state, count your blessings. If not, try to make excuses to take on more work when they comes around. Keeping your mind busy will help block them out and your wife will appreciate that you are around when her parents are — even though you haven’t heard a word they have said.

Hey, we’re not casting stones. There’s a lot of spare tires and weak biceps in the office. But we know that you want your wife to look good no matter what you look like right now. This is a two way street, however (Hmmm, we heard someone compare marriage to that once). She might start complaining about your level of fitness these days and you may want to complain about hers (but can’t because she will murder you). This is a problem.

How to Fix It: Get yourself to a gym. Or start jogging every morning. Pick up a weight or two every day. Clean up your diet. This will get you in gear, but when she sees the results you are getting, she will likely join you. If she doesn’t get the hint at first, ask her to go with you on a light jog — or something she might like to do that requires getting off of the couch. Something like biking, hiking, or swimming. Get her doing some activities that will shed some pounds and also keep you heading back towards fighting shape. And plan these activities as much as you can before she gets a chance to sit back on the couch.