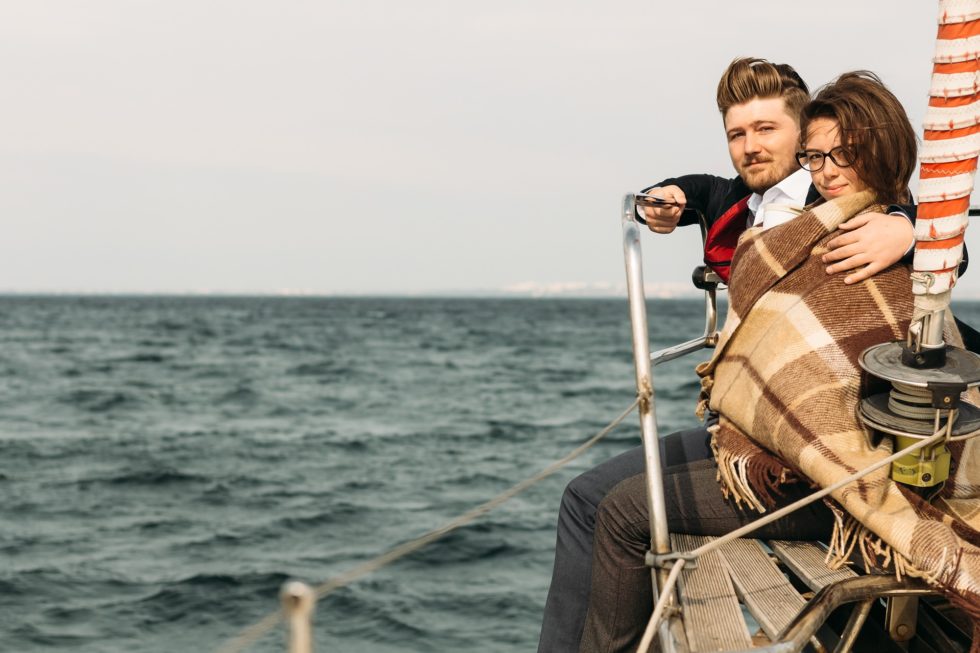 You ladies have lots of questions about men– and I have answers to share from a guy’s point of view. I receive a lot of e-mails and I make a sincere effort to respond to each and every one, but some do slip through the cracks or get caught in the infamous spam filter. So my apologies if you haven’t received a response (yet) but I’m working my way through them. When you send in your e-mail, please make sure to include your name, city & age.

Q: Why don’t men ask for directions? – Too Many People To Name, Everywhere USA

A: Universal question, and honestly, there’s no real reason we don’t ask for directions other than sheer stubbornness.

Asking for directions is a bit of a drop-kick to a guy’s ego. We’ll begrudgingly stop and ask someone… eventually. Usually after you’ve nagged us into oblivion… but we WILL do it. Just don’t try to get us to ask another guy. That’s embarrassing. And plus he won’t know how the hell to get tour destination either! After all…. he IS a man.

Q: Why do men have to be macho in an emotional situation? Why can’t they just open up and be vulnerable? – Loren 44, Miami, FL

A: Are you kidding? One of the tough aspects about being a man is the expectation that we’re the ones who have to be the emotional rock in relationships. We’re supposed to be the ones who are cool under fire. This isn’t a woe-is-me issue, it’s just a fact. As guys, we’re taught to be emotionally tough first and foremost. The wall between our heart and our head needs to be fortified by the time we reach adulthood. And lord help the guy who’s seen as unable to manage his emotions under duress.

Oh, and if he really wants to have his “man-card” revoked, let him try crying in public. We can’t get away with it. If a guy is seen crying in public, he’d better be watching the birth of his child, at the funeral of someone close to him, or watching his team win the Super Bowl… and not necessarily in that order.

Q: Is it true that men can’t think when they’re erect? A guy told me it was difficult for him to concentrate when he was excited because all the blood rushes to his brain. – Chelsea 27, Denver, CO

A: Well, it seems (and is often proven) that guys lose all cognitive function when it comes to sex. And as the bevy of the rotting carcasses of dead relationships and marriages attests, plenty of men have proven inept when it comes to fighting off the power of those erections. And as we all know, blood does indeed rush to our nether regions during arousal, but if your guy is telling you that he can’t concentrate at that point, it’s not because of his state of excitement, it’s because he’s an idiot.

Q: Why do you think that just because we smile when we say “Hi” that it’s an open invitation to come over and talk to us? – Karina 27, Vallejo, CA

A: This is the type of thing that utterly confuses guys. Woman complain that guys don’t approach them. Well look, we get rejected so often when we try to make a new connection, that we just try to play the odds.

Simply put, we make the move on the woman who seems most open to our advances. How do we gauge your interest? One way is your initial response. If you shoot back a dry, emotionless, “Hello,” we’re probably going to move on. But if you smile and respond well that’s a signal that you’re probably more receptive to a follow-up conversation.

And what’s so wrong with a guy coming up to talk to you anyway? Unless he’s completely rude, what’s the big deal? You know what’s REALLY rude is when a guy says a polite “Hello”, and the lady pretends she didn’t hear him and keeps on walking. Come on, at the very least be polite to a guy who may have been doing nothing more than being polite.