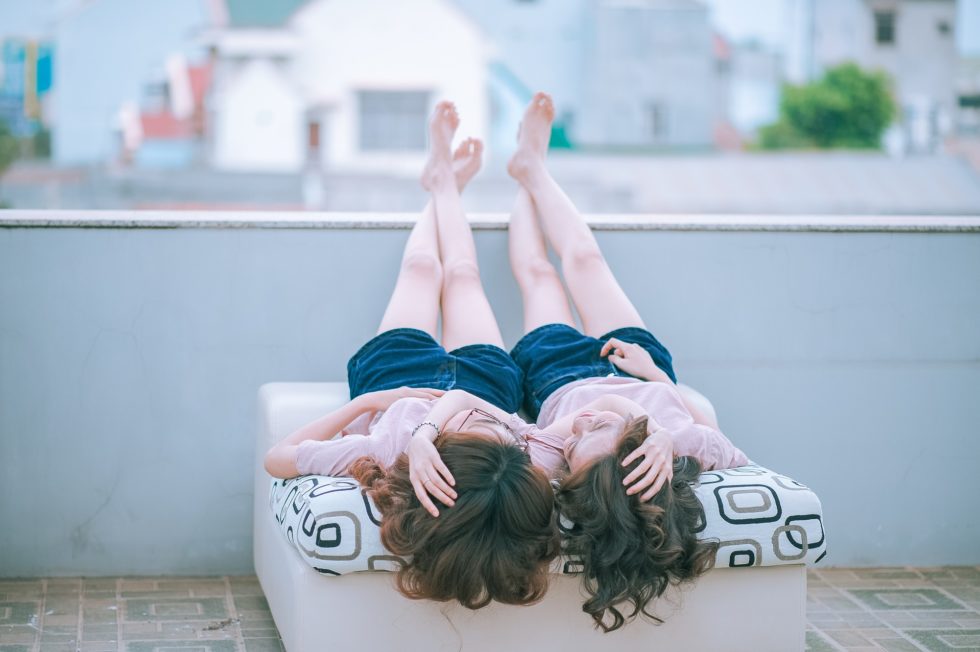 Over the last 20 years or so, a very interesting mythology has crept into the nation’s sexual conscious. A widespread belief that men just piddle like puppies whenever they see a couple of women kissing each other. I can’t, with absolute certitude, point to a seminal moment that stamped this fable onto our collective belief system . But clearly it exists. And clearly this new millennium urban legend is locked in like freshness in a Glad sandwich bag.

But, as we so often do with conventional wisdom here at Loveawake blog, we take another look. Now obviously, the girl-on-girl action has been around forever. I mean, isn’t it basically part of the college curriculum for women? For purely matters of research, I went back through a few friends’ (wink, wink) collection of adult videos. And boy was some of this stuff old.

Scientific fact (allegedly): The age of an adult film is directly related to the abundance of male and female body hair. Seriously, this stuff goes from 1970’s full-body afros to 21st century Mr. Clean….from two-inch shag carpet to shiny linoleum. I kid you not, there’s actually a guy with a perm…..on his back.

Like I said, I can’t say exactly when, but this may have been one of those mainstream moments where it really started to take off. There’s the famous moment where Madonna, Britney Spears, and Christina  swapped a little saliva. A couple of years ago, Katy Perry came up huge with a song about kissing a girl. And just recently, Sandra Bullock was making out with Scarlett Johansson at an awards show. The phenomenon has never been more prevalent — and less shocking and even worse, it’s never been less sexy!

The reason we thought it was hot before was because it was a big taboo — you just didn’t see it or hear about it so much. Now it’s damn near a casual greeting.

“Hey, Shawna, this is my friend Latrice. Latrice this is Shawna…… HEY!!  WHOA! Can’t you guys just high-five or somethin’?!”

It’s not that we don’t think it’s still kind of hot sometimes, but trust me, guys aren’t as into it as you’ve been led to believe. Seriously. Not that there aren’t guys who are totally into it, I’m just saying we play it up to be more exciting than it really is…because we’re immature like that. But most grown men will tell you in a moment of honesty…”been there done that.” Any guy who’s lived a little and is over the age of 25 feels that way. Yet the power of the myth persists. No lie, I actually had my manhood questioned by a women when I told her it was no big deal to see a couple of women making out.

Now had it been ME making out with two women, we’d have a whole different column being written here today.

I actually had to get on the phone and call up a couple of buddies to confirm what I’d already tried to convince her was true! It was as if I’d offended her by telling her that I’d rather watch the football game than to see a couple of women going at it.

What do you think? As always, I want to hear from you!