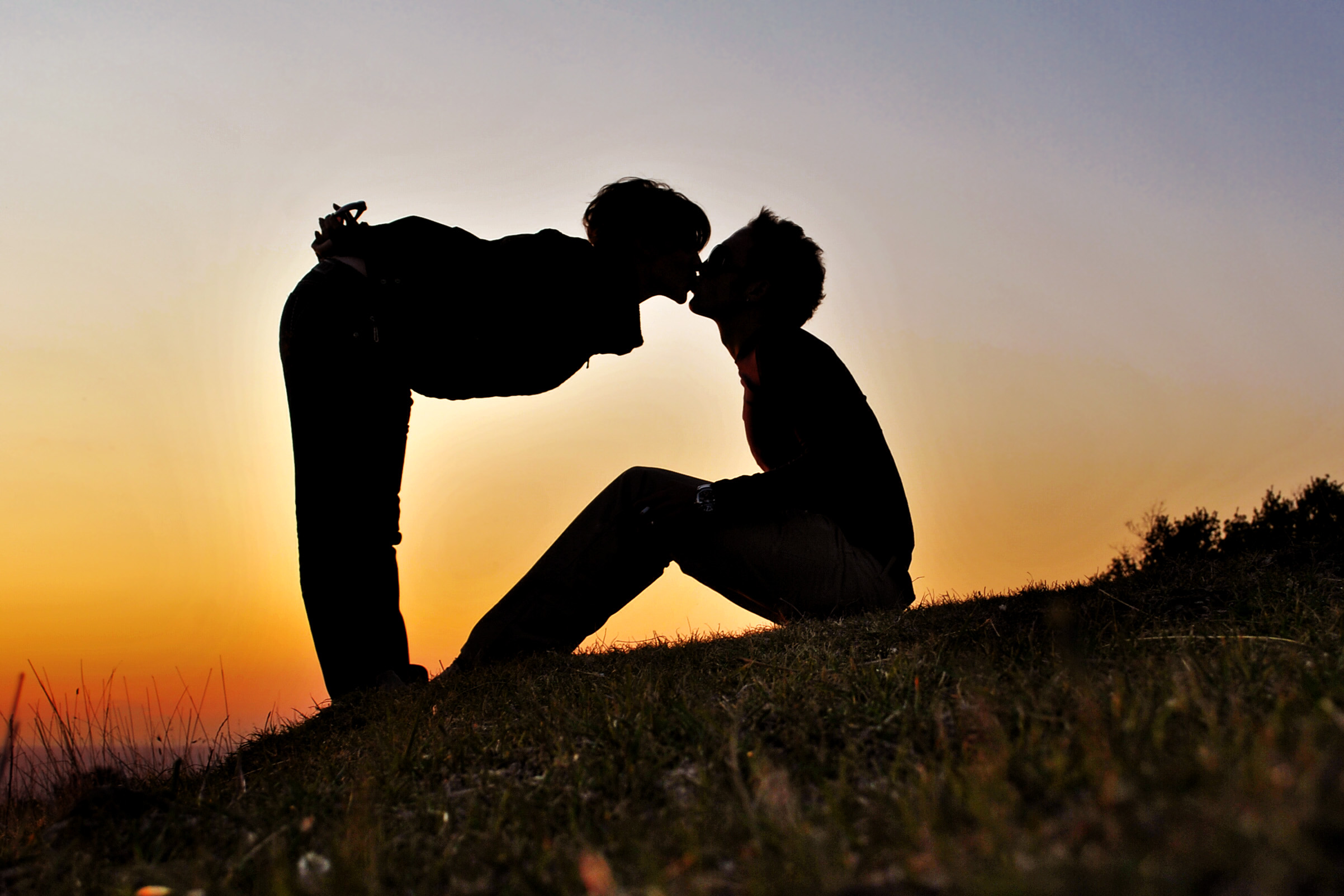 2. The average person spends about 2 weeks of their lives kissing.

The average Star Trek fan spends between 4 to 6 minutes.

3. Passionate kissing burns about 6.4 calories a minute. A Hershey kiss contains 26 calories meaning it takes 5 minutes of walking or 4 minutes of kissing to burn off the caloric intake from 1.

That’s what you can tell women at the bar. Let them know that all you are providing for them is a great workout.

4. Studies suggest that men who kiss their wives daily have a larger income.

[Written by a woman.]

5. Parachuting or Shooting a gun causes the same chemical reactions in the brain as a passionate kiss.

Making kissing a safer but equally thrilling option for black people and other people that feel awkward about jumping from a piece of metal at 30000 ft in the air.

I feel like #3 just took it to another level.

7) Most kisses happen on Valentines Day and in about 65% of the cases, the woman will tilt her head left. This head orientation preference is thought to be determined during fetal development.

8) During a kiss about 10 million to 1 billion different types of bacteria are exchanged, 95 percent of them are not dangerous.

The other 5%  may include herpes, HIV and other contagions but statistically, you’ll be OK.

9) Kissing may have originated when mothers orally passed chewed solid food to their infants during weaning. Another theory suggests kissing evolved from prospective mates sniffing each others’ pheromones for biological compatibility. Either way scientists have no idea whether kissing is an instinctual or learned behavior.

Scientist are thrown off at the fact that many cultures in Africa and Asia don’t kiss..

10) Kissing at the conclusion of a wedding ceremony can be traced back to ancient Roman tradition where a kiss was used to sign a contract. Similarly, placing an “X” at the end of a correspondence letter symbolizes a kiss.