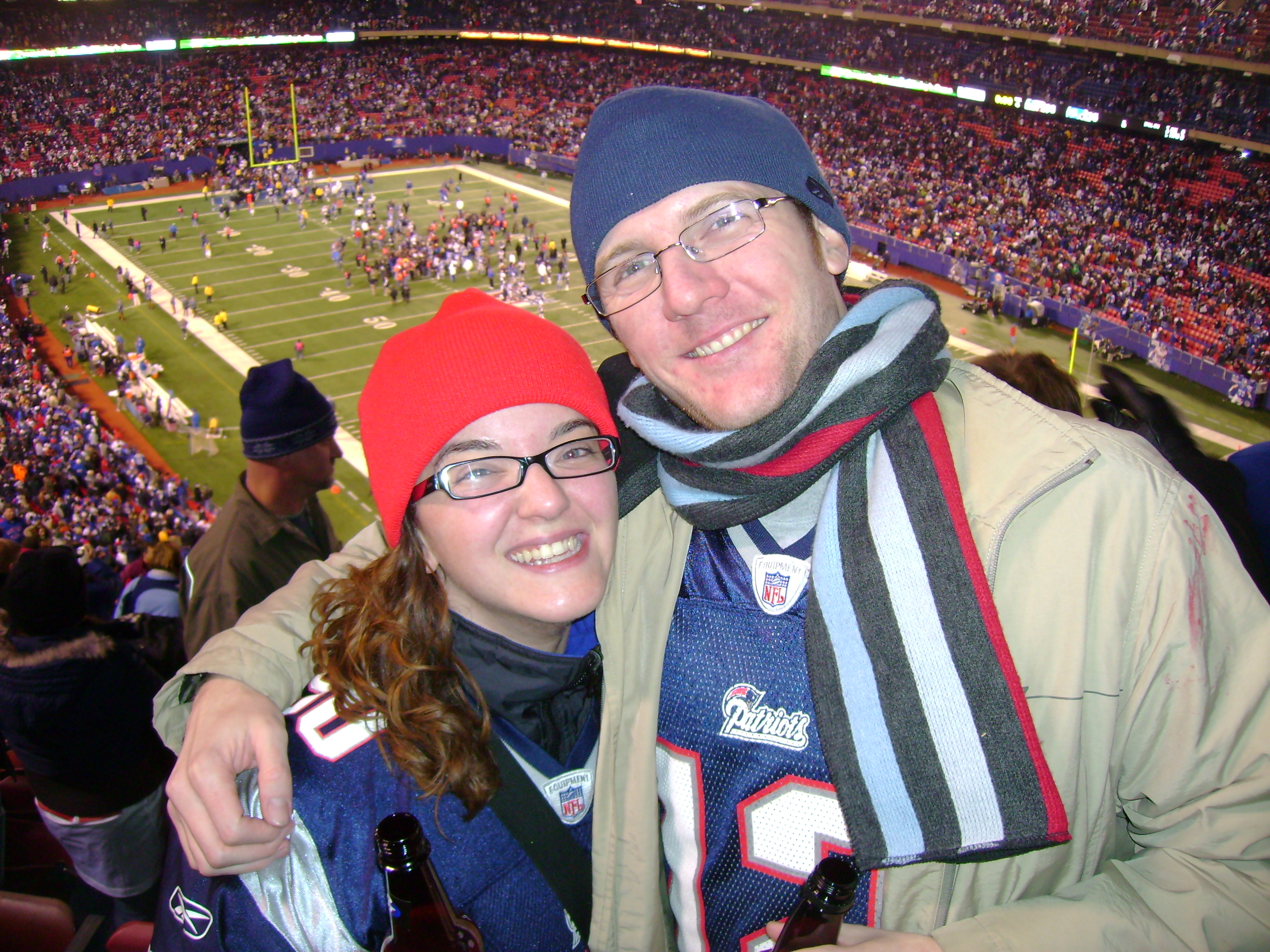 Football is more than just a sport to me — it’s my job. It’s a part of my life nearly every day of the year. My fiancee, Emily, is a Michigan grad who attended one-half of one Wolverines game. (“It was cold,” she explains.) When we first started dating, she knew as little about football as I did about her favorite foreign films.

I found it adorable.

To Emily’s credit, she’s absorbed quite a bit of football knowledge since she met me, but she’s still got a ways to go.

I certainly don’t need her to start painting her face; I just wish she could get down some of the basics, so we could spend the day yelling at the TV … together.

Guys are born with an inherent understanding that a football team has four “downs” to get 10 yards and earn a fresh set of downs, with the ultimate goal of scoring a touchdown. Emily knows a touchdown when she sees one; it’s the part leading up to it that’s confusing.

We all know women love quarterbacks, so it’s no surprise that Emily prefers passing plays. Hand-offs are another story. “Why does that guy keep trying run into those other guys if it’s not working?” she asks. Good question. Here’s another one: Why does she keep buying dresses online that she knows she’ll end up returning?

Oh, man. If I had a nickel for every time I’ve said the words: “Three points for a field goal, one for the extra point.” Emily: “What’s an extra point?” Don’t get me started about punts.

I would never expect my fiancee to memorize the names of every prominent coach or player in the country — it would actually be kind of troubling if she did — but you have no idea how cute it is when she breaks out an unexpected Tim Tebow reference. One of these days, I’m going to blow her mind with a Marc Jacobs conversation.

Any respectable fan knows that half the fun of a football game is the outdoor party before it. Beer and brats at 10 in the morning? “Ewww,” Emily said the first time I described it. This from the same person who thinks kale is “delicious.”

Emily understands that for four months in the fall, my weekends revolve around football games. She doesn’t seem quite as tolerant of Thursday, Friday and Monday night games. “Why can’t they play all the games on the weekend?” she asks. Why is there a “Real Housewives of some city” on seemingly every hour of every day?

Yelling at the TV.

Sometimes, you see a player make such a mind-boggling mistake or a ref make such an egregious call that you can’t help but voice your displeasure — at an inanimate object. I’m sure it looks strange, but she can’t complain. I bought her a Snuggie.

My fiancee doesn’t get why grown men invest so much time and energy being the pretend owner of a pretend team that plays weekly games against their friends’ pretend teams. Actually, neither do I.

Last week, I was sitting on the couch, feet kicked up on the coffee table, watching a game with Emily’s head resting on my shoulder. I’ve pictured this very scene in my head over and over for the past 33 years. I hope she realizes how much I appreciate her, and that she’ll soon have my undivided attention — until March Madness, of course.

Stewart Mandel is a senior writer for SportsIllustrated.com, covering national college football and basketball, and the author of “Bowls, Polls and Tattered Souls: Tackling the Chaos and Controversy That Reign Over College Football.”