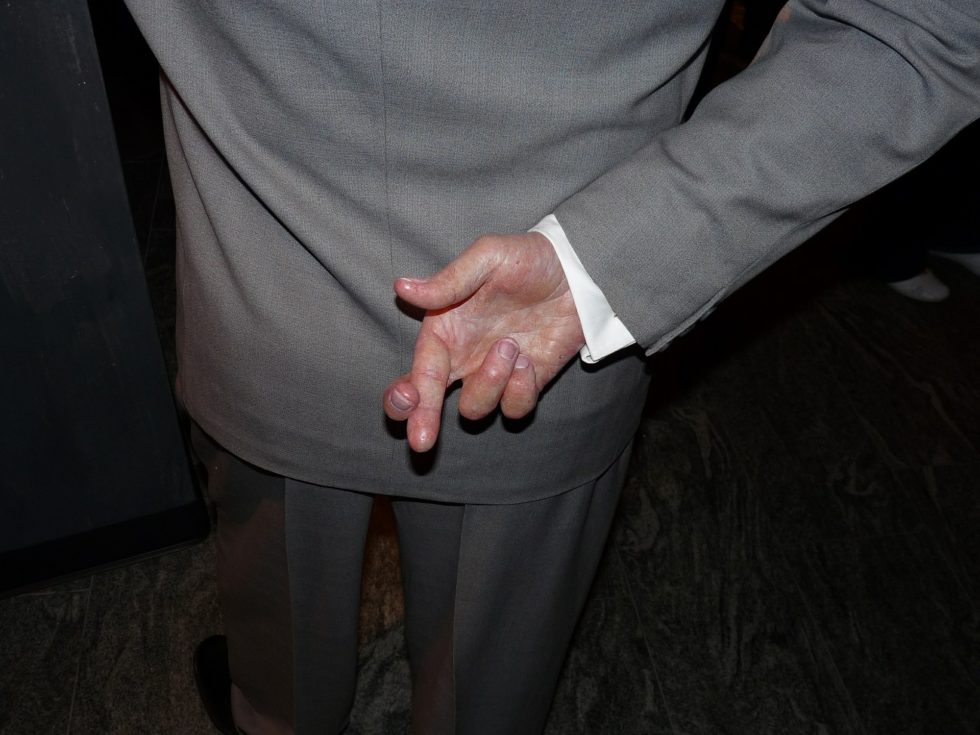 Just don’t do it.

If she’s dishonest, she’s out. Period. No second chances. Her first chance was her second chance. You cannot be a man of integrity if you allow dishonest women to stay in your life.

This includes her standing you up for dates (also known as ‘flaking’ to some guys). Cheating when you two are in a declared exclusive relationship. Breaking promises. Breaking the terms that she agreed to when you became her boyfriend/got married. Going back on her word. Lying (true hair color, age and weight excepted). If she does any of the above, then she’s done.

What do you do if you find out she is dishonest?

Simple. Go meet more women, find a hot one who IS honest, and date her instead. If you discover you’re dating a dishonest woman, simply stop calling her, stop inviting her on dates, stop going out with her and go and meet more women.

Guys sometimes pull out all sorts of far-reaching generalizations (“All women lie, man!”), vague evolutionary pop psychology (“It’s so they can find both a provider AND a mate, bro!”), or any number of rationalized excuses (“She said she’ll change!”) to try to justify the bad behavior of the particular women in their lives. But the fact of the matter is that dishonest people (men or women) tend to make a wreck of not only their lives, but the lives of the people around them. And worst of all, their core attitude with regards to honesty and integrity almost never changes. So, stay away. Stay far away. Smile, be cordial, be polite, be friendly and back away slowly.

Get up, get out and go meet more women. There are incredibly sexy, fun, cool, hot women that have a clean record, and are straightforward, upfront and honest in their dealings with men. These same high value women tend not to suffer fools well, so for guys thinking of running “Game” on them or trying to swing their big “alpha” egos around to impress them will quickly find themselves kicked back to the curb with the flea-bitten pack of dishonest women they’ve become familiar with.

In that sense, it’s Cosmic Law: Like Attracts Like – guys who are manipulative and sneaky in their dealings with women tends to attract women who have agendas and are dishonesty. “Don’t hate the playa, hate The Game!” these guys say. Yet it’s an inherent property of the very same “Game” they’re running that attracts the kind of women who act in messed up ways which further ingrains their messed up views of dating and relating which causes them to run “Game” which causes them to attract more messed up women. They’re creating their own Vicious Cycle!

The world tends to reflect the kind of people we are. As we grow and change, so too do the type of women we tend to attract. Better dressed guys tend to attract more fashionable women. More intelligent dudes tend to draw smart girls to them.

Likewise, guys with rock solid integrity and clear, self-defined and self-directed systems of values tend to attract women who are honest and have similarly solid integrity – Especially if he knows how to meet and identify quality women .

Think big time, and think long-term – become the kind of man who, simply by being who he is and meeting lots of attractive women, attracts cool, fun, sexy, honest woman while leaving behind all the dishonest, disloyal Train Wrecks.