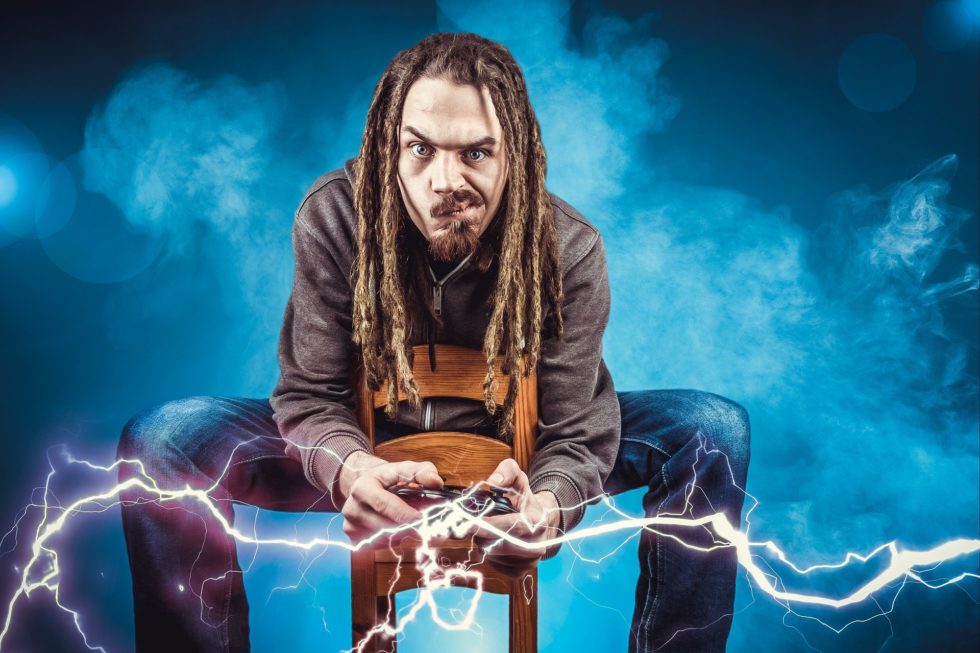 While surfing the vast, vast intarwebz to see what was up in the online world of dating advice for men, we came across a fascinating infographic. Beneath it is our commentary, and how it applies to meeting and attracting beautiful women.

First, check out the following infographic “Gamers Get Girls,” then, continue scrolling down to see our commentary on it.

With all due respect for the researchers and graphic designers who put this little piece together (as it’s entertaining and possibly a much needed one-up-esque boost for gamer guys out there),  but to get straight to the point this infographic has a few big holes in its presentation – issues that simply don’t get addressed.

First of all is the false dichotomy between meeting women via Online Dating vs. Online Gaming… As if those were the only two places people can meet. What about streets, coffee shops, train stations, bookstores, buses, malls, etc? Likewise, it also completely overlooks that when we meet someone in an online game, we’re usually interacting with their avatar. Quite a bit different meeting a female Gnome Mage in a fantasy world than a female 24 year old nail artist on a popular dating site. In the online game, we can’t actually see the girl (or dude pretending to be a chick).

Sure, we agree that online dating photos have a chance of being all smoke and mirrors. And yeah, we find there’s something strangely agreeable about the argument that we could meet the player behind the Troll Chieftainess and be impressed when she doesn’t have giant snaggle teeth in real life rather than be disappointed meeting a dainty girl from a dating site to see she’s about 50 pounds heavier in person than in her dating profile pictures.

But once again, there’s the whole false dichotomy of “getting girls” from online dating sites vs. online gaming. There’s many more places to meet women that give us a good chance to check out appearance live and in the flesh – bypassing the inherent problem of not really being able to see her figure online.

Of course, if argument is simply that guys are looking to meet women specifically ONLINE, they would be better served by going to World of Warcraft (WoW) rather than Match.com. But if the stats presented in the infographic above, even that’s tough to swallow. So let’s break down a few more points.

These Stats Spin This Way, Too.

Concerning the sample pools of eHarmony and WoW – The 1 million dating members on eHarmony are screened, pre-qualified prospects, thus saving massive amounts of time. In online games however, not only is time consuming, but it’s hard to even identify people’s real life gender with certainty nevertheless whether they’re single or not. The “time frequented” stat (34.6 hours / month of time in online games vs. 1.4 hours / month on dating sites) backs this up – compared to online dating sites, online gaming is a terribly inefficient way to go about meeting lots of hot women quickly. People could be spending lots less time on dating sites simply because they find a date, then log off the site.

Likewise, while the stat “33% of dating site users are dating someone from that site” paints a dreary picture of online dating, it could easily be explained that once a dating site members finds someone, they simply don’t renew their subscription.

On Match.com’s 100 to 1 message reply ratio – Besides jumping from eHarmony’s stats to Match.com for this portion, it completely paints over the rate of reply per 100 messages in WoW. Wouldn’t it be interesting to know what the ratio is for a man blindly contacting 100 players in WoW for romantic purposes before getting a reply? Of those 100 players he contacts, how many of them are actually guys? (While we can choose our avatar’s gender in video games, it’s fairly common for guys to play as female characters and women to play as male characters. Simply messaging 100 female characters hardly guarantees he’s going to be messaging 100 female players.)
Continuing, the “40% tell gamers what they won’t tell their friends” implies deeper bonds, but isn’t that really more explainable by internet anonymity? Also, our research has shown vomiting personal info / secrets tends to destroy the bonds of happy couples rather than strengthen them and bring them together. Not really sure if “40% tell gamers what they won’t tell their friends” has anything to do with “gamers getting girls” at all, actually.

All that being said, this infographic is entertaining and satisfying in that it pokes a lot of holes in mainstream discourse about the supposedly-non-existent intersection of dating and gaming culture. In my humble opinion, the infographic’s best pro-gamer-dating point is that “15% of WoW players are single” vs. “43% of Americans over 18 are single.” If that’s true, cool – go gamer couples.

Also, to be clear, we’re not saying meeting women online isn’t a good use of your time – we’re big fans of online dating… AND, in addition to that, when it comes to meeting more women, we like to employ a variety of ways to get the job done – not just online, not just on the street, not just at the sports gym, not just through friends at dinner parties, but rather a combination of all of these, and any other efficient ways we can to supplement our stream of meeting new women.

However, just looking at the information they’ve presented here, if you’re looking to meet women quickly, effectively and efficiently, then WoW and other games are massively inefficient places to meet lots of beautiful women. After sifting through all the players who are dudes and then all the dudes PRETENDING to women, we’re still left with the conundrum of not having knowing how she looks in real life.

And while dating sites do indeed have some mislead smoke-and-mirrors pictures, it’s hard to argue those aren’t a better indicator of how potentially attractive she is than a Female Night Elf avatar. Also, dating sites have qualified prospects – single women who are looking for dates, not phat loot. So while there are 11 million less members on eHarmony than on WoW, those eHarmony members are far more likely to be interested in meeting up with someone they met online, and quickly. The other stats about time spent in the infographic back that up.

“Gamers get girls?” Maybe, but what about flipping the underlying assumption around: gamer (girls) get guys. To us, it reads more like the in-high-demand-girl-gamers who want to get a guy-gamer boyfriend simply do so. Probably only takes one quick trip to their guild’s mic-based audio chat where they can confirm that she is indeed female by her voice before suitors are lining up outside her virtual doorstep. So, if gamer-couples really can get together via online games, that’s fantastic. However, for guys who want to play the long game that extends beyond the borders of the virtual world and screen for a high value woman of exceptional beauty (ie, you have to SEE the real person) and accomplishment (ie, getting a read on what she’s got going on in her life besides her looks), we would be highly cautious of actively, consciously venturing out into MMORPGs looking for love.

So to wrap things up, we present the following quests for all the gamer guys out there looking for a date: level up (make incremental improvements towards meeting more women daily), get sweet loot (wear nice clothes, tailor-made suits test well), grind (get out every single day and hustle new phone numbers) venture forth into new zones (experiment by getting up, getting out, and meeting more women in various new locations, both online and offline) and Be Amazing.