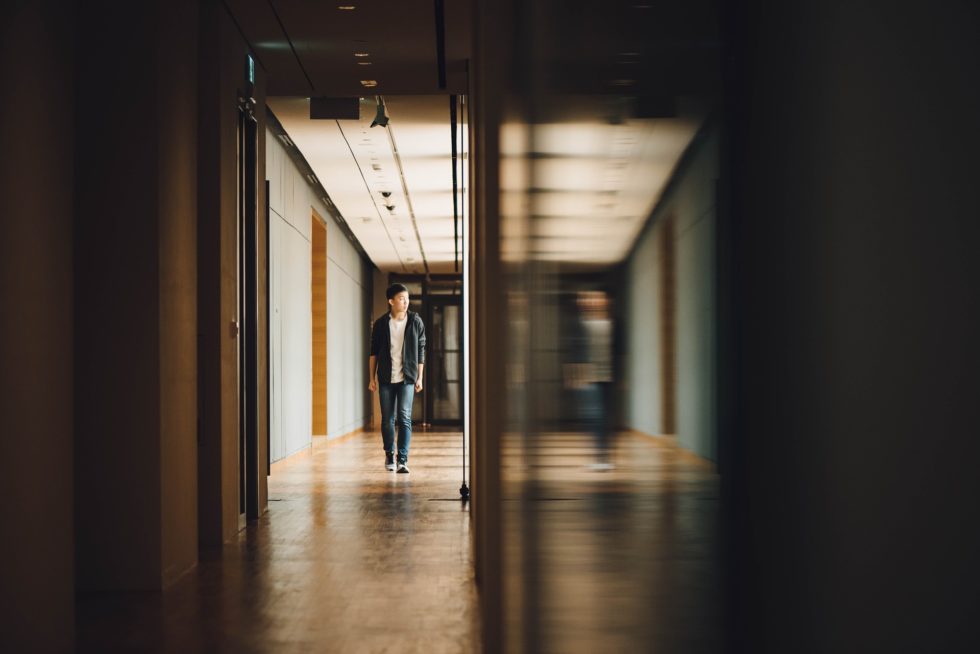 Last night I was out with one of my favorite couples in the world. I met Julie in late 2009 when I moved to Iowa to attend the University. In 2011, she moved to New York and met Gerard. And, as luck would have it, they both called me a short while after and asked me to move in with them in a beautiful brownstone in Brooklyn. (Did I just invent my first tongue twister?) I moved to New York in July of 2011 and my life dream of being a gay Mexican actor was about to come true, but Osama Bin Laden had other plans because two months later, he messed up my call-back audition on September 11.

Julie and Gerard moved to Texas about seven years ago and I’ve been fending on my own in the big city ever since. And reconnecting with them last night–as this was their first time in four years to be away from their two beautiful daughters–brought back so many good memories and I couldn’t wait to introduce them to my boyfriend for two reasons: one–they’re both extraordinary loving people and two–they’ve defined what a loving relationship looks like for me and I wanted my boyfriend to see it “live” in action.  They’re just so adorable together, and for me, it’s a meter of how a couple that’s been together since 2011 still likes being around one another. I know Julie’s going to kill me for saying this, but Gerard did the most romantic and loving gesture a married man could ever do–he rushed out to get condoms after dinner like an excited 13-year-old boy about to have his first experience. You can’t fake stuff like that. There was gonna be come celebrating in Soho last night, Texas-style!

During drinks, I flashed on another couple that my boyfriend and I had recently gone to dinner with who bragged about being together for over 15 years–and I would have gladly celebrated their lengthly partnership except for one thing, they couldn’t stand to be around one another. Maybe we caught them on a bad night–we all have them, but just as Julie and Gerard couldn’t fake their genuine “like” for one another, this pair couldn’t hide their disgust for theirs. The conversation went from how they didn’t trust one another to the random cell phone checks they conducted and explicit programs they used to break into each others e-mail accounts in order to check for infidelities–which they both fessed up to that evening–can you say awkward dinner entertainment? (Although, being Mexican and growing up watching Novelas, this was my cup of tea!)  I guess there were small moments of tenderness when they both agreed that their passwords to several of their accounts were each other’s names. Their story reminded me of another couple I meet four years ago who’d been together for 12-years and also rejoiced about their lengthy union to anyone who’d listen but also couldn’t stand to be in the same room together or they’d start insulting one another in a way that escalated from a funny jab about bad breath to someone having to call 911 to separate them. When did relationships become a contest and the prize is awarded to the last couple standing?

I’ve been in a few toxic relationships and it took time for me to leave but I was also younger then, now, at my age, I don’t have the energy to be involved with someone I didn’t want to be around. That’s why my boyfriend and I, after each month ask one another, “Do you wanna go for another month?” We discuss “why” but we also talk about improvements for the next month. Sounds very un-romantic, but it’s actually helpful because we speak open and honestly. When I told Gerard, he said, “You two sound like alcoholics taking it one day at a time.” And I guess the concept is similar, but it’s also taking responsibility and actively accomplishing out relationship motto which is to have fun. We decided a while back, that when we stop having fun with one another, it’s time to move on. Six months is early, we’re not trying to fool anyone into thinking we have the perfect relationship–but in six months we’ve also experienced a  few hardships that have strengthened our bond. A relationship isn’t always going to be fun, that’s life–but when your life is no longer fun because of the relationship you’re in–that’s not healthy, for anyone.

For couples celebrating a lengthy union, instead of focusing on the numbers of years you’ve been together, focus on the amounts of times you make each other laugh in a day or the number of compliment you give one another in a week; those are some real numbers you should be tracking. And Julie and Gerard, thanks for the “in-person” live seminar on how to treat your partner with love, respect, and genuine “like” for one another. We learned a lot.

7 Things That Will Help You Meet Women On Facebook

I Fell For My Boyfriend’s Best Friend

How to Enjoy Platonic Dates

Core Values in a Relationship