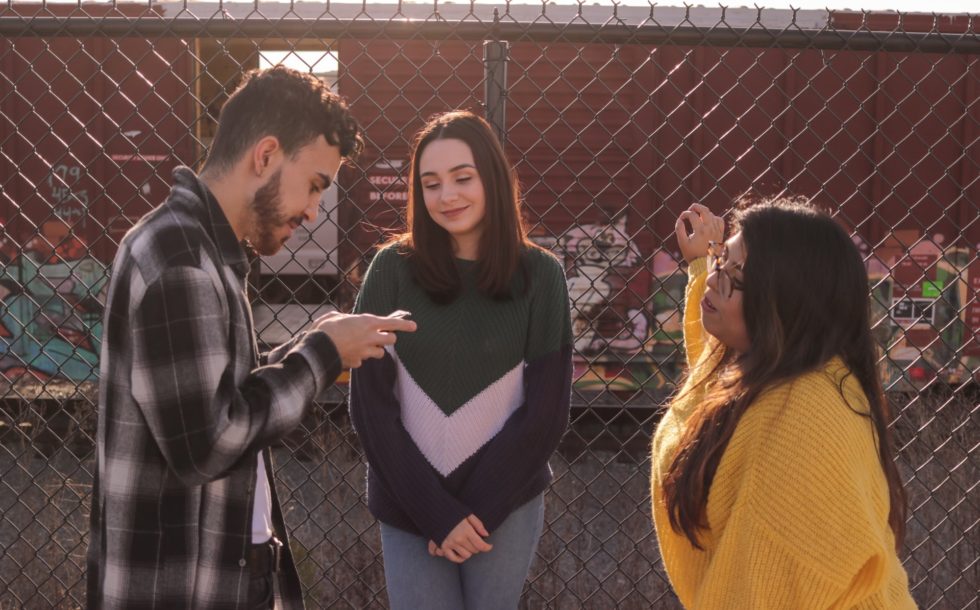 Have you ever noticed that some people, no matter where they are, can start a conversation with anybody? It can be at the supermarket, a party, or in line at the post office. No matter what the situation, they can start a conversation easily and effectively with any stranger while you stand by with envy and confusion, wondering what their secret is.

I’m going to reveal their secret and the benefits of learning their secret so that you can enhance your social life far beyond anything you’ve ever imagined.

Unique objects are what get attention

Many of you think that starting conversations is extremely hard and that it takes special skills that only a few people possess. These are misconceptions that you created in that little brain of yours that are keeping you from truly learning the art of conversation that is practiced so well by those people you envy.

Every great conversation starts with something unique about the way you look or an object that you have, even before you open your mouth. Think about this for a second and recall a time when you noticed a person walk into a room over everyone else. Even though the person who caught your eye in that instance might not have been the best-looking person in the room, for some reason he or she lit up the room upon entering it, and neither you nor anyone else present could take your eyes off that person no matter how hard you tried. It’s as if nobody else in the room existed anymore, and as soon as that one person got settled in, everybody flocked around him or her like flies. Yet, with all of this chaos and excitement, you still couldn’t pinpoint exactly why this person got so much attention while you seemed to have to fight to get even a little, or just resigned yourself to none.

Getting attention requires being unique and having your own look – and there’s no better way to do this than by having an item that nobody else in the room has. This is very easy to do, so long as you know how to do it.

If you don’t do it right, it can have the opposite effect of what you set out to accomplish, and chase people away, instead. For example, you could walk in wearing a bright-colored rooster suit or a bright orange hat that’s eight feet tall, but people would think you’re just a goofball who’s looking of attention. When you look desperate for attention, people think that you’re not that popular and, therefore, not that interesting – because otherwise, you wouldn’t need to scream for attention by wearing such outlandish garbage.

You want to draw people in by being tasteful, and not looking as if you are trying too hard to be the center of attention.

Types of objects that get the right kind of attention

I first discovered this technique a few years ago when I broke my favorite pair of sunglasses and needed to replace them so that the glare of the sun wouldn’t hit my eyes as I drove down the road. Now, I could have just walked into a gas station and bought a cheap pair – but being a sunglasses fanatic, no ordinary pair would just do. They had to not only protect my eyes, but also be different from what everybody else is wearing, because I love having my own unique style. In my search for the perfect pair of sunglasses, I happened to stumble upon a brand called Black Flys.

As soon as I started wearing the new sunglasses, the compliments started rolling in faster than tires at an auto store. Everyone wanted to talk to me. I was constantly told that I’m cool and that I look like a movie star. One guy told me that I had this Miami Vice-type smoothness and he could envision me appearing in a weekly television series as the main character. Starting conversations with people was a breeze, just from wearing a simple item such as sunglasses.

Another time I had to replace my wallet. The one I had didn’t have enough pockets, and I didn’t want to buy a leather one because they are boring and over-priced. Again, I wanted something that would reflect my own personal style, rather than having the same thing that everyone else had. The magical moment happened one day when I was in one of my favorite stores browsing around. On a rack were these awesome-looking wallets called Tyvek that are made out of this funky waterproof and tear-resistant material. They had amazing graphics on them such as Beavis and Butthead, Star Trek and various comic book heroes.

At first, I wasn’t aware of how desirable these wallets were, but found out soon enough. The same thing that made me notice them made other people take notice, too. Whenever I pull the wallet out to pay for anything, whether at the restaurant or the grocery store, both men and women say they love it. They ask where I bought it, and to my surprise, some were already familiar with the company that makes them, Mighty Wallets. Even my dad had to buy one after seeing it.

Why do these items start great conversation?

Unlike items that scream for attention and make you look foolish, these items have a useful function. Everybody needs sunglasses and wallets. Having ones that look out of the ordinary make it look like you have your own cool and unique style. When people see this, they figure that you have to also be a very interesting person to talk to. They already have an image of what you’re like even before you open your mouth and say your first word – and this benefits you. Little would you suspect that the conversation has already started non-verbally, and everybody can’t wait to talk to you.

The same effect can be achieved with items other than sunglasses and wallets. Funky-looking or brightly-colored sneakers worn with regular neutral-colored clothes or a suit can really cause you to stand out. An oversized watch like the Joe Rodeo watch I picked up in Manhattan, New York can definitely cause a few necks to get whiplash. Basically, accessories that ordinary, everyday people wear but that have an unusual twist to them can lead to conversations that you once thought were impossible to open with ease, and will cause everybody around you who doesn’t know this social secret to stare with envy.

What did we learn about unique Conversation Pieces?