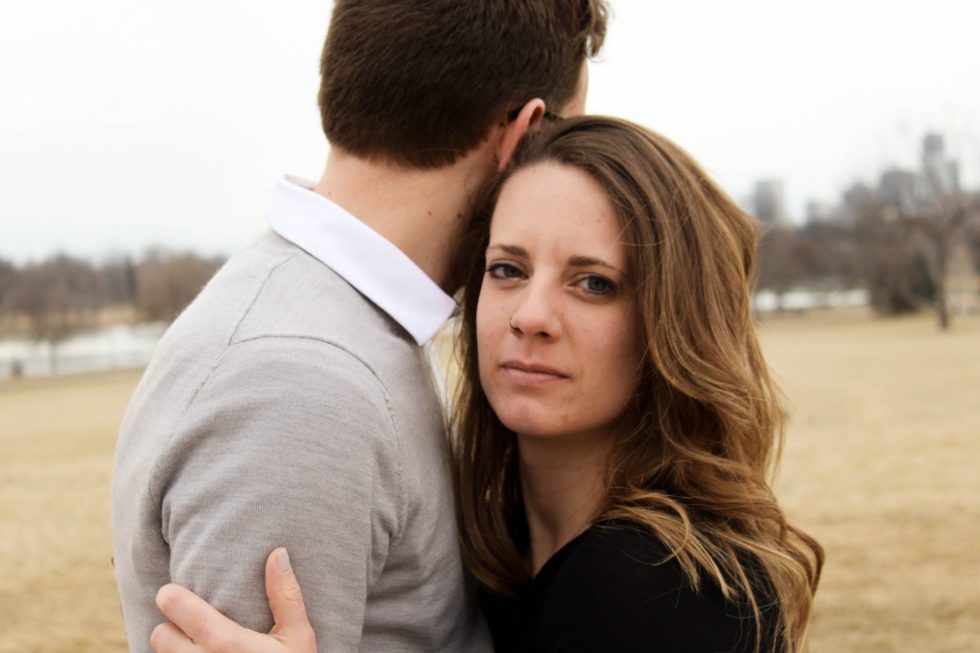 When I was about 14 years old, I was a bit ‘hot’ on one of the girls in school. So I asked my mom, and she probably gave me my first advice in dating: “Just Be Yourself”

This is a very common and typical advice that we get in life. But do we really know what “being yourself” means actually? In the dating world, it seems that we are kind of playing a game of “who is showing less interest”. We are “playing”, “gaming” and doing everything except “being ourselves”.

That’s basically what both men and women are taught by dating and attraction gurus. For women, there is the famous theory that men fall in love with bitchy and hard-to-get women. When it comes to men, there is the concept that women are attracted to maniacs and men who mistreat them.

But are those tactics effective? Are women really attracted to men who never compliment and don’t show interest? And what about “being yourself?”

In behavioral psychology, there is a famous study that was published a few years ago. In this study, the researchers took a group of women, and showed them Facebook profiles of several men.

Every woman was told, what each men thought about her. A woman was told whether the man showed interest or didn’t show interest in her. But there was another option – regarding some men, the researchers said that they gave unclear signals. Those “unclear signals” meant that the guy showed both interest and disinterest (for example, liked her profile photo but didn’t like her personal description, etc.).

The first conclusion of the research, was that the women showed more interest in men who also showed interest in them. So women prefer and are attracted to men who are also attracted to them. This is called “the reciprocity principle”‘. However, the research also found something else. When a woman was told that a man showed unclear signals, she was attracted to him even more.

And this interesting, right? What attracts women the most, is when the men shows both interest and disinterest.

So should you be playing games, or perhaps be yourself? The study showed that you better be somewhere in the middle.

So how can you show both interest and disinterest? Well, this rather simple. Let’s start from the moment you approach women. When I start a conversation with a girl, I love to add some element of disinterest. For example, let’s say that you approach 2 women in a bar, and you tell them:

“Hey girls, I have to admit that I was a bit fascinated by your vibe and fun body language, so I wanted to come and say ‘hi’… although I have to go back to my friends in a second”.

The end of this example opener, is called “false time constraint”, which means that I am telling the girls that I don’t have much time to talk with them. This is an example of a signal of disinterest after a signal of interest. Here is another one. Let’s say you’re approaching a girl sitting on a bench on the street:

“Hi, I am usually not attracted to blondes, but for some reason you seemed very cute to me…” In this example, I began with showing disinterest, and continued with showing interest.

Now, this principle can be used in any part of the relationship. For example, you can be very nice to a girl and give her compliments on one day, and not answer her calls or be late for a date on the other day.

It’s very easy to mix both signals of interest and disinterest, in any part of the interaction with a woman. It’s actually the art of playing hard to get.

As you can see, showing some interest is important, because that’s the basic for creating attraction. Playing hard to get can give you great results, and yet – even if you do so, you also have to show that you are interested.

But this goes even beyond attraction. Let’s say that you approach a girl, you handle a short conversation, and you can she is really attracted to you. At some point, you will have to lead this somewhere. It can be asking for her phone number, or suggesting going to some other place (“instant date”). But you need to move on with the interaction, beyond the talking phase.

If you don’t give her the reasons why you like her and what you like about her, the chances of moving your interaction forward are pretty low.

You see, a girl will be asking herself, “why does he want my number?” or “why is he dating me?”. If you didn’t seem to like anything about her, she will have 2 options about you: You’re either a loser who dates any girl he meets, or, that you only want her for sex.

Both of these options are not very positive for you.

But if you give her sincere compliments, and tell what you like about her, she will give herself a simple answer: “He want my number because he liked x,y,z about me…”.

So don’t be afraid to show women what you like about them. It’s a pretty successful strategy to be a bit hard to get, but you can’t only insult women and show what you hate about them, and expect them to feel attracted.

So don’t be afraid, and show that you like her.